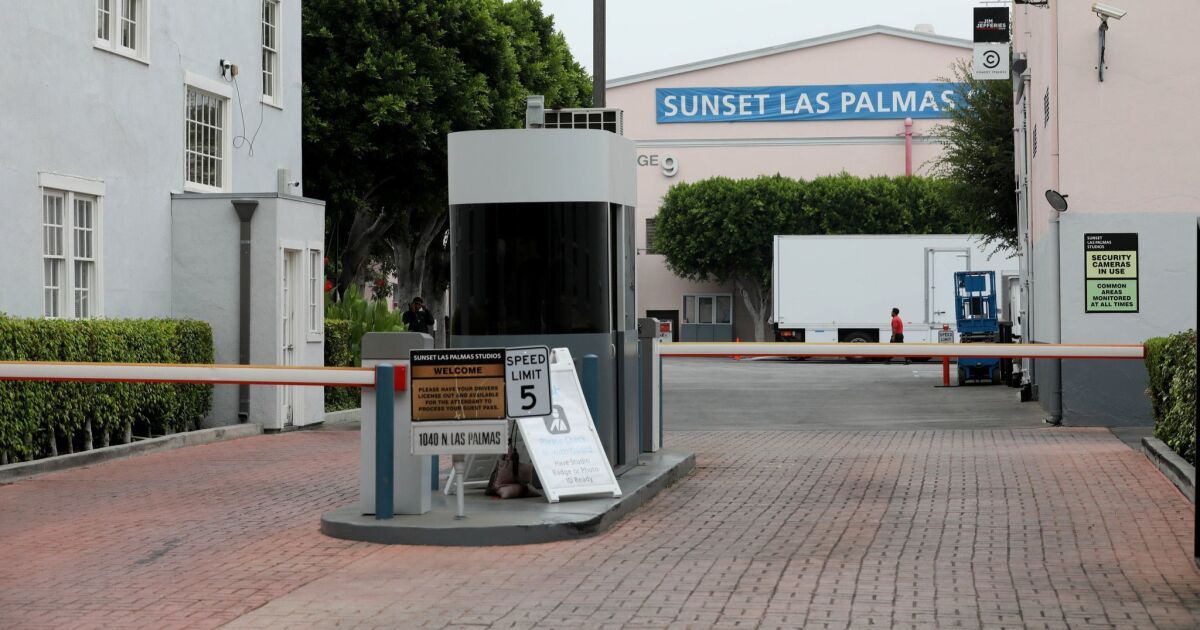 Los Angeles developer Hudson Pacific Properties Inc. said Monday that it will sell a 49% stake in its three historic Hollywood studios to an affiliate of New York investment firm Blackstone in a deal that values the properties at $1.65 billion.

Included in the deal are five office buildings on the studio lots or nearby with a combined total of nearly 1 million square feet. Streaming entertainment service Netflix is the largest tenant, with commitments to rent more than 700,000 square feet of space.

Hudson Pacific will retain a 51% ownership stake and remain responsible for day-to-day operations, leasing and future development. Hudson Pacific has the rights to develop an additional 1.1 million square feet at Sunset Gower and Sunset Las Palmas.

The joint venture with Blackstone “unlocks a portion of the value we’ve created for our shareholders and provides us with significant capital to grow both our studio and office portfolios, including the build-out of additional development rights at our existing studios,” Hudson Pacific Chief Executive Victor Coleman said.

Hudson Pacific’s predecessor company Hudson Capital bought Sunset Gower and Sunset Bronson in 2007 and 2008, respectively, in a period of growing demand for stages that has remained steady as old line studios have been joined by newer streaming services such as Amazon Studios, Apple TV+ and Netflix making movies, television shows and other forms of recorded entertainment.

Hudson Pacific bought Sunset Las Palmas Studios in 2017, where it is erecting a $79-million office building for rent called the Harlow after actress Jean Harlow, a 1930s screen siren who once worked on the lot.

The Harlow is included in the transaction with Blackstone along with office buildings known as Icon, Cue, Epic and 6040 Sunset, also known as the Technicolor Building.

“Our business is driven by investing thematically in sectors with powerful secular tailwinds, and there is no better example of that than content creation in Los Angeles,” said Ken Caplan, global co-head of Blackstone Real Estate.

Funds affiliated with Blackstone Property Partners will make the acquisition that is expected to close in the third quarter.

The Bryan Brothers Were Ready to Call It Quits. Now They Might Need One Last Hug.