The beginning is too banal to recall vividly: A familiar melody stuck in my head one morning last summer, leading to a streaming-service search, then a long afternoon lost listening to the entire record and its ambitious follow-up. From there, things snowballed. By the end of that week I had to accept it: I was going through a Steely Dan phase.

Like a lot of people, many of my earliest musical memories involve being a captive back-seat listener in my parents’ car during long road trips. It was there, on the upholstered bench seat of a Ford Taurus, that I first declared that the blandest, dullest, most excruciatingly monotonous music I’d ever heard in my nearly decade-long life was Steely Dan.

As a kid, the noodly, pristine sounds of Walter Becker and Donald Fagen signified nothing so much as my dad exerting oppressive control over the car stereo. Just infinite shades of sonic gray and songs that would never freaking end. Do it … again?! What else have you been doing for the last five and a half minutes of this song?

And then, all of a sudden, I was 32 and listening to “Pretzel Logic” intently in my best headphones, declaring myself an honorary resident of Barrytown. What had happened to me?

Like anyone seeking rational advice, I looked to Twitter. “Some personal news,” I posted last August, announcing my new infatuation. I was dumbfounded by the response: nearly 1,000 likes and a lively discussion among friends and followers reassuring me that I was not alone. “We’ll all meet you for dinner at Denny’s at 4:30,” my friend Rob wrote, which I assumed was a reference to an obscure Steely Dan lyric I didn’t yet recognize, but I now see was just his way of saying that we are both old. I am at once honored and chilled to my bones to tell you that, from the beyond, the Walter Becker Estate replied, “We’ve been expecting you.”

As I sighed and once again dropped the needle on my parents’ old copy of “Gaucho,” I started to see that my Steely Dan phase was not an aberration, but an inevitable if long-resisted final frontier of my musical taste.

One of my beloved car requests was Billy Joel’s “Storm Front.” As an annoyingly precocious and not even remotely popular preteen, I got very into Wilco circa its 1996 double-album, “Being There.” I am still not over the death of Tom Petty and cannot imagine a time when the opening chords of “Free Fallin’” playing unassumingly over a drugstore’s speakers will not bring me to public tears.

If anything, my recent embrace of Steely Dan has helped me settle into a newfound level of self-acceptance. I am a discerning, feminist-minded millennial woman. I also love dad rock.

At least in print, the phrase “dad rock” was coined in 2007 by the music critic Rob Mitchum — to his later regret. He used it in an unfavorable Pitchfork review of Wilco’s “Sky Blue Sky,” an album “of unapologetic straightforwardness,” he wrote, that “nakedly exposes the dad-rock gene Wilco has always carried but courageously attempted to disguise.”

The term stuck, not just to Wilco but to their more canonical and constitutionally laid-back classic rock influences. Several years later, in the introduction to a list of “20 Dad-Rock Albums You Should Learn to Love” (“The Dark Side of the Moon,” “Astral Weeks,” “The River,” etc.), the website Flavorwire defined the common usage of the term as “music made by old white dudes that somehow always ends up on the car stereo and/or being played on the hi-fi at various school friends’ houses.”

I was struck by this definition’s similarities with my own more personal recollections: dad rock’s numbing ubiquity and the childlike feeling that it is being chosen, absurdly, from on high by some unchecked authority figure behind the wheel of life. As I got older and started writing about music, though, I found that dad rock’s dominance was not just confined to the plush interior of a Taurus: What is “rockism” if not the larger cultural equivalent of the dad who just won’t relinquish control of the car stereo?

Last year, in Esquire, Mitchum wrote a mea culpa for originating what he believed to be a grievous insult. He was particularly apologetic that the phrase had become so closely associated with the Wilco frontman Jeff Tweedy, who found the description “unflattering and hurtful” — even if that was something Tweedy said while promoting an album he’d made featuring his own son on drums. (“It almost feels like we’re trolling those people now,” he added.)

But in the past decade or so, Mitchum realized, the “dad rock” tag has become much less derisive than it was when he first used it. Its ethos of “middle-age contentment” and just liking what you like was now “something to aspire to.” “Calling a band dad-rock in 2019,” he concluded, “is just as likely to be a defiant re-appropriation of a hipster insult.”

He was more prescient than he realized: A month later, Pitchfork — the very site that had given Wilco a 5.2 rating for committing the sin of dadliness — cleared its slate of new album reviews one Wednesday and declared it Steely Dan Day, publishing five re-evaluations of the group’s “most influential records.”

How, in the span of a decade, did dad rock go from an insult to becoming … kind of a compliment? One important thing that happened in the 2010s was that rock music (especially the kind made by white, dad-aged men) drifted to the edges of mainstream popular culture. And though this shift has not yet made up for decades of erasure of more diverse voices, streaming has widened the array of easily accessible artists and perspectives.

The catch is that this has not spelled its irrelevance — quite the contrary. Maybe the gently teasing term “dad rock” cut this music appropriately down to size, removed its albatross of “greatness” and rendered it ripe for rediscovery by the sort of people who might have initially balked at its patriarchal omnipresence.

As I’ve been making peace with my own appreciation for dad rock, I’ve noticed some contemporary female musicians doing the same — albeit with their own irreverent twists. In 2018, when the all-female trio boygenius released its debut EP, its cover art paid a winking homage to Crosby, Stills & Nash’s first album. Last year, the musician Melina Duterte (who is 26 and records as Jay Som), told me she’s a big Steely Dan fan. When I tweeted about my Steely Dan phase, Sadie Dupuis, of Speedy Ortiz and Sad13, replied, “When this happened to me it never stopped.”

There’s a particular power in relating to music made by those who look, think and live the way you do, especially when those perspectives have been undervalued in the past. But music has a lot of different powers, and another has to do with eradicating the external differences between people. “The division between artist and fan dissolves in the moment of impassioned listening, and with it goes the division between genders,” writes Sasha Geffen in “Glitter Up the Dark: How Pop Music Broke the Binary,” a new book about music’s long history of gender nonconformity. “In music, people are not separate; they cannot be divided up into two discrete categories.”

I like this argument because it not only justifies, as a non-dad, my appreciation of dad rock, but it also makes space for the possibility that a dad could just as easily appreciate music that would seem ostensibly to be more “for me.” Which I would encourage him to do — just as long as he doesn’t try to give it some corny name like “daughter music.” Not funny, dad!

A few years ago, my dad started giving me his old records, and on each trip back to New York, I take as many as I can carry. One by one, far from the back seat of a car, I’ve been able to sift through them in my own time and of my own volition, figure out which ones I never gave a fair shake and which ones still bore me. The former pile is higher. Maybe my Steely Dan phase has a bit to do with a larger generational sea change, but maybe it’s just as much a perennial part of getting older and realizing your parents were correct about more than you gave them credit for.

That said, Dad, I’m still not going to take any of those Jethro Tull albums off your hands. Maybe you can try again in my 40s.

Overwhelmed With Orders, Some Black-Owned Bookstores Ask for Patience

Leading Foundations Pledge to Give More, Hoping to Upend Philanthropy

More than half the U.S. firms in Hong Kong are ‘very concerned’ about the new security law, survey shows

How to Celebrate Your Graduation

Congress Calls on Jeff Bezos of Amazon to Testify 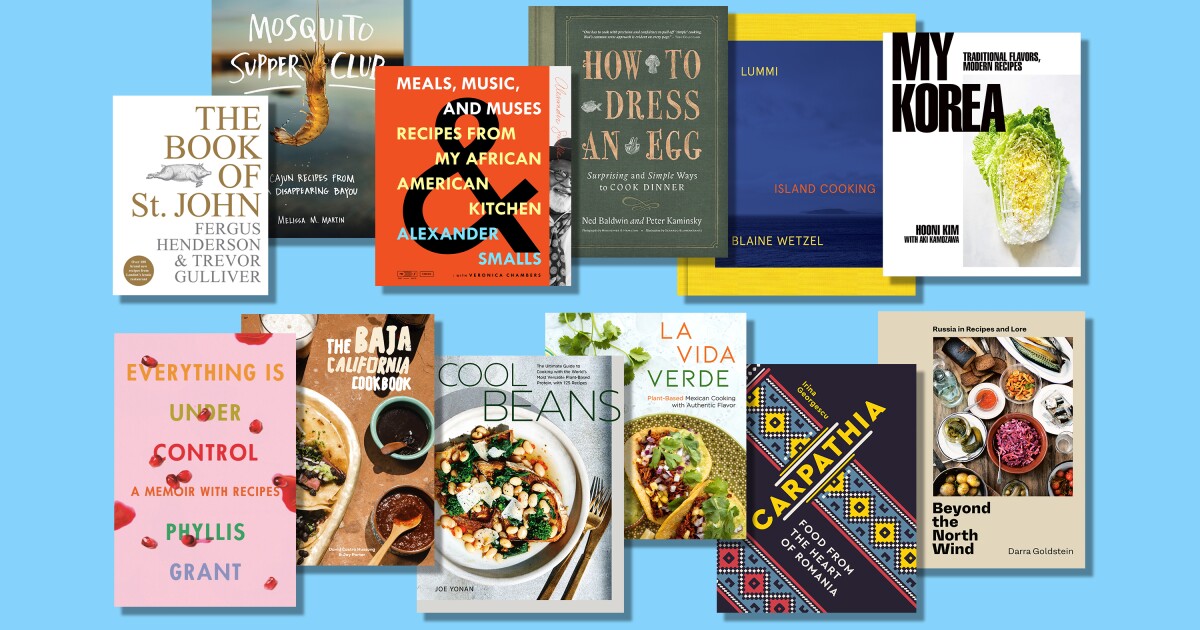 12 cookbooks that refresh the spirit and inspire in the kitchen