LONDON — Laurence D. Fink presents himself as the vanguard of a progressive form of capitalism in which profits are not everything: The enlightened money is supposed to press for environmental and social protection.

As the chief executive of BlackRock, the world’s largest investment management company, Mr. Fink oversees more than $7 trillion. He has steered some of that fortune to the crisis-wracked nation of Argentina, purchasing government bonds.

But as Argentina — in default since May — seeks forgiveness on $66 billion worth of bonds, Mr. Fink’s oft-espoused faith in “stakeholder capitalism” is colliding with traditional bottom line imperatives. Though poverty is soaring in Argentina as the pandemic worsens a punishing economic downturn, BlackRock is opposing a settlement proposed by the government and rallying other creditors to reject it, while holding out for a marginally improved deal.

Mr. Fink has inserted himself into the negotiations, speaking twice with Argentina’s economy minister, according to three people familiar with the talks. The government and its creditors are only three pennies on the dollar apart on their proposed terms.

“The BlackRock guys have gotten on the phone with a number of significant creditors,” said Hans Humes, president of Greylock Capital Management, another creditor at the table. “They convinced a lot of people that if we all stepped up behind their deal, the Argentines would take it. It’s turned into a brutal standoff.”

BlackRock’s stance has put it at odds with the International Monetary Fund, which gave Argentina a rescue package worth more than $50 billion two years ago, and has supported Argentina’s proposal as an Aug. 4 deadline approaches.

The fund’s managing director, Kristalina Georgieva, has praised Argentina’s approach and emphasized that bondholders must agree to substantial debt forgiveness so Argentina can manage future payments. Fund officials have assured the government that they will forge a new bailout if Argentina cannot complete a deal.

The alternative would be an unruly default that would prevent Argentina from tapping international markets, block its companies from gaining access to capital and deepen the recession.

BlackRock’s position has also put it crosswise with a group of prominent economists, including a pair of Nobel laureates, Joseph Stiglitz and Edmund Phelps. In May, they issued a public letter urging bondholders to come to terms with the government.

“Argentina has presented a responsible offer to creditors that reflects the country’s capacity to pay,” declared the letter, which was signed by 138 economists, among them Carmen Reinhart, now the chief economist at the World Bank.

In a statement, BlackRock said it has been working diligently to achieve a settlement, while recouping as much as possible for its clients. Roughly two-thirds of the investments it manages comprise the retirement savings of workers around the world.

“In this restructuring process, our fund managers are balancing a fiduciary obligation to make decisions in the best interest of these savers, while at the same time recognizing the difficult circumstances facing the Argentine government, including the challenges posed by Covid-19,” the statement said.

The standoff in Argentina reflects the complexity of debt negotiations in an era in which regular people are effectively at the table. In decades past, bonds issued by developing countries were overwhelmingly controlled by major banks. When governments could not pay, bank chiefs hammered out a deal. Today, investors holding emerging market bonds run the gamut from specialized funds with high tolerance for risk to conservative pension funds.

That Mr. Fink’s company is playing a primary role in pressuring Argentina contrasts with his campaign to make business a force for social progress.

Two years ago, Mr. Fink — who has been mentioned in news reports as a potential Treasury secretary in a Biden administration — wrote an open letter to the chief executives of major corporations urging them to focus on social, labor and environmental concerns.

“To prosper over time, every company must not only deliver financial performance, but also show how it makes a positive contribution to society,” he wrote.

Last year, Mr. Fink signed the Statement on the Purpose of a Corporation crafted by the Business Roundtable, an association of American chief executives. It pledged “a fundamental commitment to all of our stakeholders.”

In January, Mr. Fink wrote another letter to C.E.O.s warning that companies that fail to address climate change would be punished in the marketplace.

Argentina is now consumed with stemming an alarming increase in poverty. Once among the richest countries on earth, it has defaulted on its government debt nine times.

Argentina’s history has been dominated by populist governments that have won political favor by dispensing subsidies and cash to the masses in brazen disregard for budget arithmetic, yielding chronic inflation and frequent crises.

The last government, headed by President Mauricio Macri, assumed power in 2015 with a mandate to restore discipline toward regaining the confidence of international markets, while also showing compassion to the poor through social spending.

Among those impressed was Mr. Fink. Six months after Mr. Macri took office, the BlackRock chief said his administration “has really shown what a government can do if it is focusing on trying to change the future of its country.”

In the end, Mr. Macri acquired a reputation for muddling through, failing to produce growth while borrowing anew.

When a new president, Alberto Fernández, took office last year, many assumed that populism was back. But Mr. Fernández quickly reassured the I.M.F. and key creditors that he was a pragmatist intent on securing a workable debt settlement.

The I.M.F. had long been accused of wielding a single blunt instrument in the face of crisis — austerity. Its rescue package in Argentina two decades ago imposed crippling cuts to government programs, sowing enduring bitterness. Ms. Georgieva, the fund’s managing director, has sharpened a focus on protecting countries from impossible debt burdens.

BlackRock is part of a consortium called the Ad Hoc Argentine Bondholder Group, which controls about one-fourth of the bonds.

The Ad Hoc group has struck a unified front in rejecting the government’s latest offer, which would pay out 53 cents on the dollar value of the bonds. Last week, it presented its own proposal seeking improved terms — more than 56 cents on the dollar.

In a letter sent Monday to Argentina’s economy minister, Martín Guzmán, the group said it had gained the support of a majority of all bondholders, giving it the power to block the deal. Under the bond covenants, an agreement to write down their value must win the support of the holders of two-thirds of their value.

In a statement, the Ad Hoc group said it was operating in the interest of the Argentine public by seeking a deal that would “allow re-access to capital markets and encourage further investment.”

But some creditors have publicly supported the government’s proposal.

“Argentina has made a reasonable offer, which I believe the creditors should accept, especially in light of the health and poverty situation in the country,” said Mohamed A. El-Erian, chief economic adviser at Allianz SE, the parent company of Pacific Investment Management Company, one of the world’s largest bond managers. He has been advising a creditor at the table, Gramercy Funds Management LLC, an emerging markets specialist and serves as its chairman.

Gramercy has concluded that differences between the government’s offer and the Ad Hoc group’s proposal are trivial compared with the risk of a comprehensive default that would diminish the value of Argentine bonds, subject creditors to years of potential litigation and intensify the nation’s crisis.

“For three points you’re willing to lose 20 or 30,” said Mr. Humes, the Greylock president. “It’s just insanity. It’s unfortunate when egos and inexperience get in the way of a pragmatic solution.”

Some say the government overplayed its hand, antagonizing creditors with an unreasonably low opening offer — less than 40 cents on the dollar.

“Guzman started off with a very lowball offer,” said Siobhan Morden, a Latin America bond analyst at Amherst Pierpont Securities, an independent broker. “This has been an unnecessary distraction for months that could have been avoided if the opening offer had been more reasonable.”

In May, Mr. Fink called Mr. Guzmán to try to break the impasse, suggesting that a deal could be had if the government lifted its offer to the range of 50 to 55 cents on the dollar, the people familiar with the talks said.

In private consultations with BlackRock, the government offered 50 cents. But BlackRock and its Ad Hoc group held out for more.

Mr. Fink complained that it was unfair that private creditors were swallowing all the losses, arguing that the I.M.F. should forgive some of its loans — a non-starter.

In early July, Mr. Guzmán sweetened the terms, offering 53 cents on the dollar. That won the support of several creditors, including Gramercy and Greylock.

By then, the pandemic was deepening Argentina’s recession just as the government required extra funds for the public health emergency. But BlackRock began a behind-the-scenes campaign to block the deal.

The government has insisted that its offer is final. With child poverty exceeding 50 percent, officials say, paying more to creditors would amount to transferring wealth from people who have almost nothing to international investors.

On a recent morning, about 100 families showed up at a soup kitchen 25 miles west of Buenos Aires — more than twice as many as in March. Among them was Ángel Ariel Coronel, a plumber who lives nearby with his wife and their 2-year-old son. A strict lockdown imposed by the government has halted the construction projects where he has worked.

“My wife was a bit embarrassed about having to come here,” said Mr. Coronel as he waited for a portion of steaming lentils. “But I don’t care. We need the help. I haven’t worked a day since this whole thing started.” How you can support L.A.’s Black-owned independent record labels

Protests across the U.S. prompt concerns over exacerbating the world’s worst coronavirus outbreak 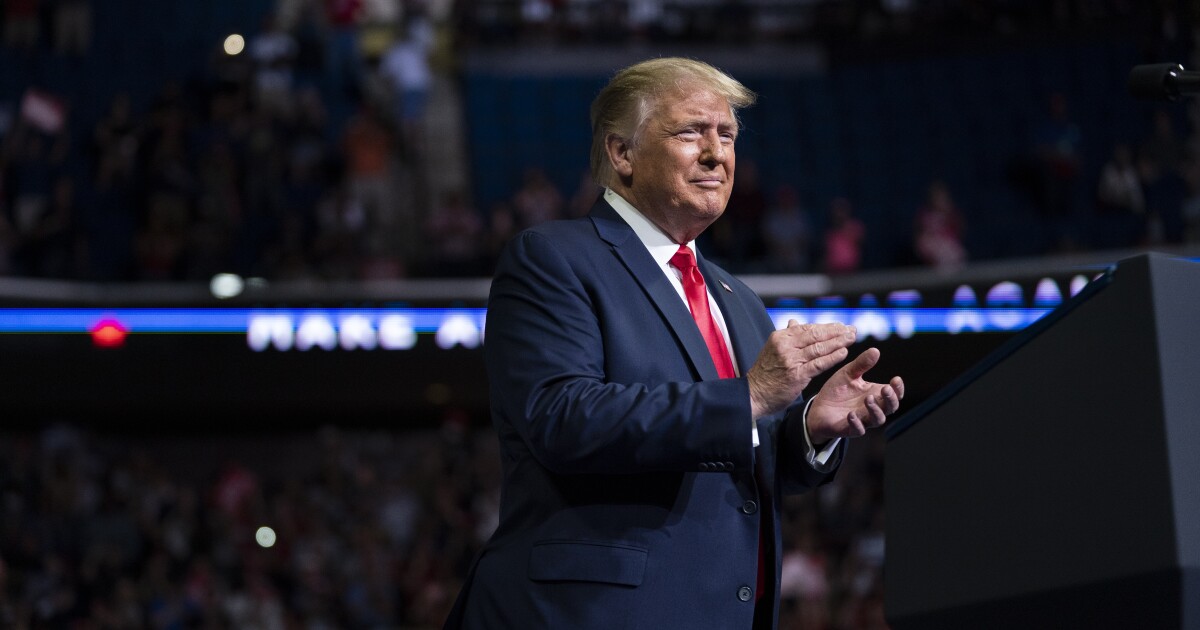 A Swiss Dada Pioneer Finally Gets Her Spotlight

‘The Vast of Night’ | Anatomy of a Scene