In “What’s Happening Brother,” a shimmering cut from his classic 1971 album “What’s Going On,” Marvin Gaye sings from the perspective of an American soldier who’s just returned home from Vietnam. The guy wants to know if folks are “still getting down where we used to go and dance”; he wonders whether his favorite ball team has a chance at winning the pennant.

But he’s also struck by the hurt and the desperation he’s encountering on streets he’d imagined would feel more welcoming. “Can’t find no work, can’t find no job,” he laments before laying out his bewilderment in unsparing terms made only more plaintive by how tenderly Gaye delivers them: “I just don’t understand what’s going on across this land.”

That swirl of emotions comes through with undimmed force in a remarkable scene — one built around another type of return — in Spike Lee’s new movie, “Da 5 Bloods,” in which several Black veterans sing “What’s Happening Brother” as they hike into a Vietnamese jungle on a modern-day mission to retrieve the remains of a fallen comrade. By this point in the story, we’ve already gotten to know the men, but in hearing them sing Gaye’s words, we come to understand how deeply they were bonded by the shared experience Lee’s film seeks to illuminate.

“It’s functioning as a coming-together of these men as a brotherhood,” said Delroy Lindo, who plays one of the veterans, and indeed, Lee said he “automatically” thought of “What’s Going On” — half a dozen songs from which form a kind of second film score in “Da 5 Bloods” — as soon as he read the movie’s script (which he and Kevin Willmott went on to retool).

“This is what the brothers in Vietnam were listening to, and what they were listening to as they came back,” said Lee, who recalled his own introduction to the album as a high-school student who’d finally saved up the money to buy his own stereo system. “It just made sense to have Marvin’s voice in the movie as another character.”

Yet nearly 50 years after Gaye captured the tumult of that early-’70s moment, “What’s Going On” speaks no less vividly of our own era. Racism, poverty, police violence, unemployment, the destruction of the environment — it’s all there in Gaye’s masterpiece, a landmark of American protest music all the more powerful because it came from an artist not previously recognized as a political figure.

“Marvin was known for cranking out these wonderful Motown hits — songs about romance — that were the sound of young America,” said John Legend, who performed a concert tribute to “What’s Going On” at the Hollywood Bowl in 2014. “But this was also part of that sound — the voice of Black America speaking out that we couldn’t always smile on cue for you.”

During the Bowl show, which took place just weeks after the death of 18-year-old Michael Brown at the hands of police in Ferguson, Mo., Legend wore a T-shirt that read, “Don’t Shoot.”

“And now here we are,” the singer said, referring to the nationwide protests over the police killing of George Floyd last month in Minneapolis.

Even casual music fans are sure to know the album’s key tracks, including the title tune and “Mercy Mercy Me (The Ecology),” both of which topped Billboard’s R&B chart and have been covered or sampled by acts as varied as Kanye West, Cyndi Lauper, Nas, the Strokes, MC Hammer, Robert Palmer and the Geto Boys. More recently, artists like Solange, Frank Ocean and Blood Orange have taken inspiration from Gaye’s detailed grooves and empathetic outlook.

And anyone familiar with the history of Motown, where Gaye recorded for the majority of his career, has likely heard the stories of how the soul legend (who died in 1984 after he was shot by his father) battled with Motown founder Berry Gordy Jr. over his determination to break from the label’s factory-like approach to songwriting and production to create something more expansive and conceptual.

The style Gaye developed for “What’s Going On” — which he produced himself, much of it in Detroit over a single 10-day stretch — was lush but mournful, peppered with Latin percussion and lightly gilded with strings played by members of the Detroit Symphony Orchestra. The album’s nine songs, some of which flow uninterrupted into one another, contain repeating melodic motifs that make the record “feel like one continuous idea,” as jazz pianist Robert Glasper put it.

Vocally, Gaye “finally learned how to sing” on “What’s Going On,” he told biographer David Ritz. “I’d been studying the microphone for a dozen years, and suddenly I saw what I’d been doing wrong. I’d been singing too loud.” Here, in contrast, he found a softer, dreamier tone; often, he’s singing in a falsetto that Legend described as “haunting and beautiful.”

In fact, the music is so pretty that it’s possible to lose focus on Gaye’s stark lyrics about the “trigger-happy policing” he details in “Inner City Blues (Make Me Wanna Holler).”

Yet that’s a dangerous temptation, warned Terence Blanchard, Lee’s longtime composer, who scored “Da 5 Bloods” and earned an Oscar nomination with his music for the director’s 2018 “BlacKkKlansman.” (Of intertwining Blanchard’s music and Gaye’s songs in the new movie, Lee said: “They go together the same way Aaron Copland went together with Public Enemy in ‘He Got Game.’”)

“Choosing to not hear the words and just dealing with the melody is what’s been happening with well-meaning people across the country,” Blanchard said, meaning individuals who pay only cursory attention to what protesters are saying about America. “And that’s the reason we’re going through what we’re going through.”

For Blanchard, the enveloping beauty of “What’s Going On” is inseparable from its social consciousness. “I think what Marvin was doing was allowing the music to absorb the pain and frustration in people’s souls — allowing them to heal themselves so they could move forward with a strategic plan,” he said.

Which isn’t to say that Gaye made the album with such a clear-headed sense of purpose. By most accounts, he was directly inspired by his brother Frankie’s experience as a returning vet, though earlier uprisings in Watts and in Detroit had left him conflicted about singing the upbeat love songs — “How Sweet It Is (To Be Loved by You)” and “Ain’t Nothing Like the Real Thing,” for instance — that had made him a star. Curtis Mayfield’s outspoken solo debut, released in 1970, was also likely on his mind, just as “What’s Going On” would go on to shape Stevie Wonder’s work in the mid-’70s.

“Marvin felt funny wearing a suit and, as he put it, stomping the grapes,” said Harry Weinger, vice president of A&R at Universal Music Enterprises, which oversees the Motown catalog. “He wanted to sing more about looking around at the world and going, ‘This is all happening.’”

But what precisely was “this” in an overwhelming age, not unlike 2020, that could seem beset by some new calamity every month or two? Dorian Lynskey, author of “33 Revolutions Per Minute: A History of Protest Songs,” views “What’s Going On” in a lineage of music that “documents a confused response to the modern world without slogans or answers.”

In that way, he said, the album’s title track recalls Buffalo Springfield’s mid-’60s “For What It’s Worth” and anticipates later songs by Radiohead. “Marvin wasn’t a super-political person, but he was forced to think politically by these particularly dire times,” Lynskey said, pointing out that the singer returned to romantic material later in his career. “And that makes the song incredibly relatable — almost like Marvin doesn’t know any more than you, the listener, do.”

For some listeners, the anguish in “What’s Going On” was more recognizable than for others. “There’s not one Black person in America who didn’t get what Marvin was talking about,” said Mary Wilson, the former Supremes singer who was a close friend and Motown colleague of Gaye’s. “When I first heard the album, I won’t say I was thrilled — that’s not the right word. But I was happy that he could express what we were all feeling.”

Reflecting on the footage of Floyd’s death that’s blanketed television and the internet in recent weeks, Wilson compared the horrifying sight to newspaper images of Emmett Till, the 14-year-old Black youth killed in Mississippi in 1955. “These are pivotal moments that finally make others understand,” she said. “‘What’s Going On’ was another one.”

Asked if the young acts she encounters recognize the importance of a half-century-old record, Motown President Ethiopia Habtemariam — who puts “What’s Going On” inside the label’s all-time top 5 — said: “The real ones know.”

Lee, meanwhile, dodged a question about whom he sees as Gaye’s inheritors.

“I’m not gonna answer that, because I don’t wanna get in trouble leaving somebody out,” he said.

Yet the director’s prominent use of “What’s Going On” in “Da 5 Bloods,” which explicitly connects historical trauma to the current moment with a subplot involving President Trump, argues that Gaye’s statement still resounds — and that it can still open minds.

“Everybody in the movie, the five Bloods, they all love the songs, they all know the album back and forth,” he said, adding that 30-year-old Jonathan Majors, who plays Lindo’s character’s son, knew the music too. Coronavirus threatens China’s Belt and Road. What happens when it wants half a trillion dollars back? 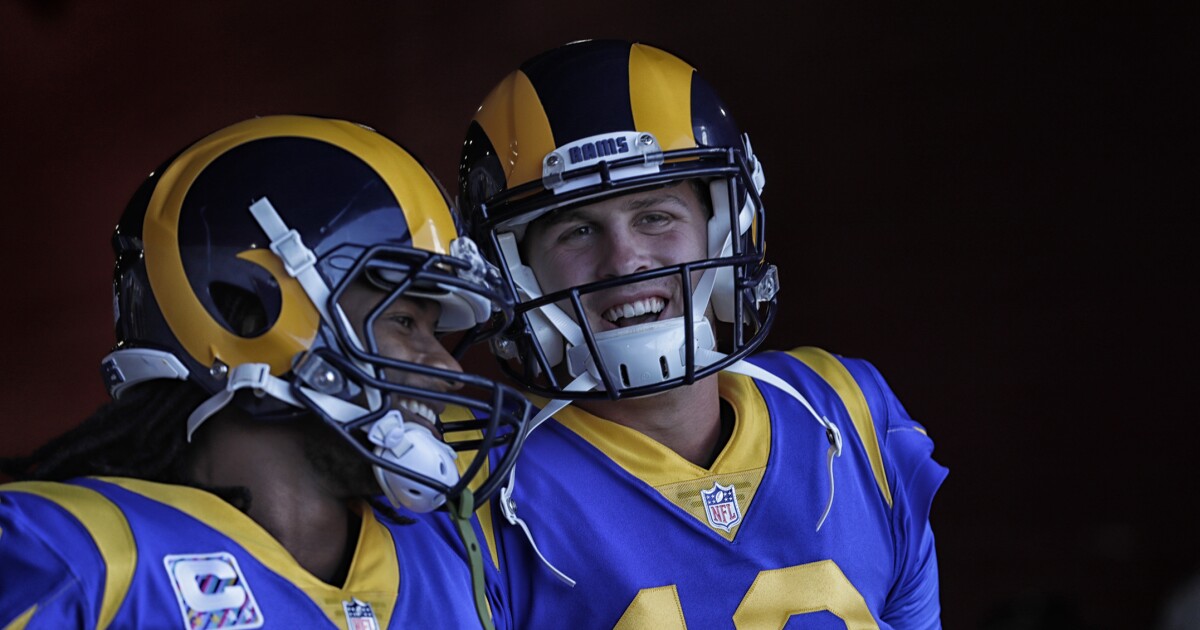 With Todd Gurley gone, Jared Goff must deliver under pressure for Rams

Once Upon a Timeline in America 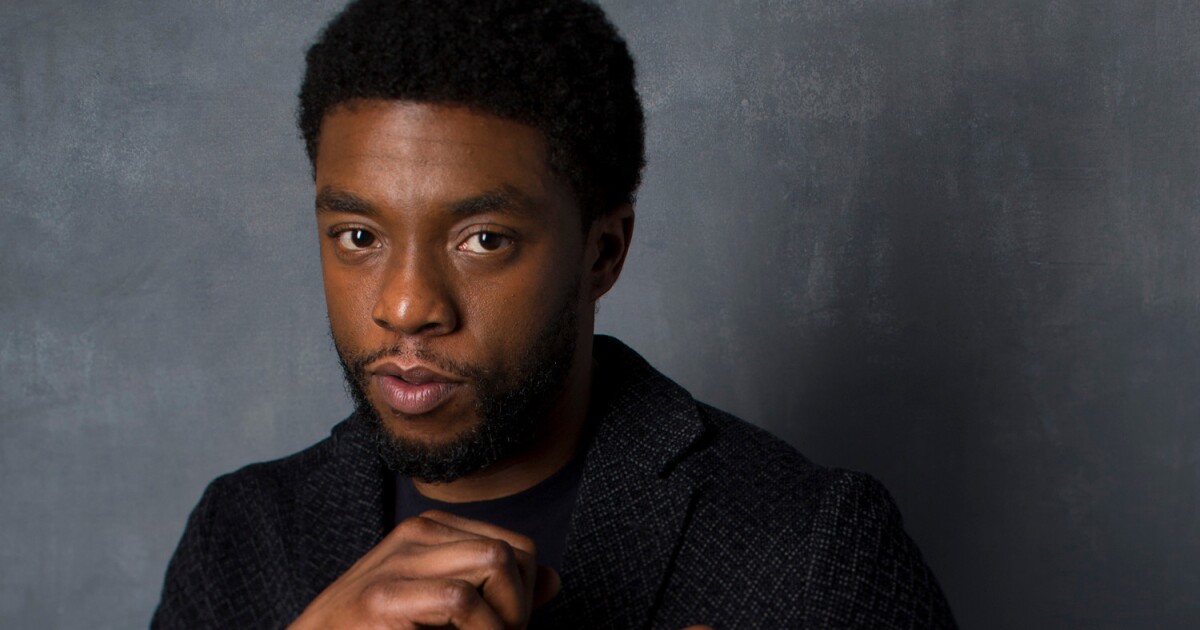 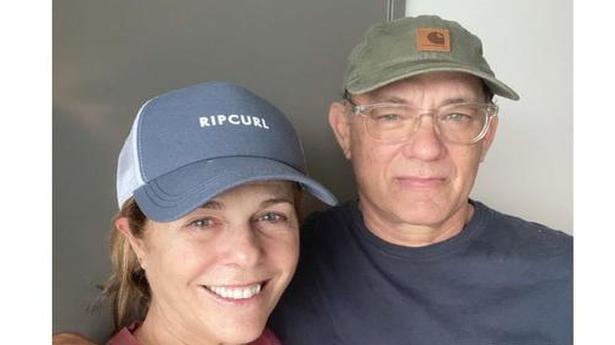 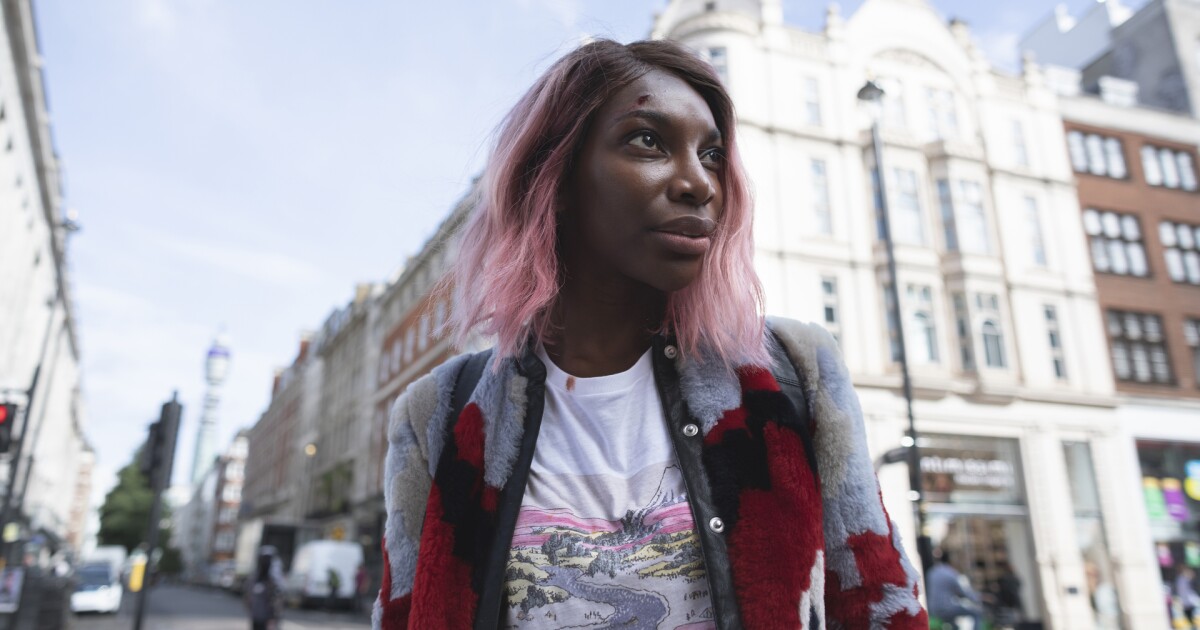 The secret weapon behind ‘I May Destroy You’s’ greatness? The coolest music on TV