The language is spare in the criminal complaint made public Wednesday by the Los Angeles County District Attorney’s office against Danny Masterson, the actor best known for his role in the sitcoms “That ’70s Show” and “The Ranch.”

He was charged with raping three women, all in their 20s, in his home in the early 2000s.

But details of the accusations against Masterson are contained in a lawsuit filed last year by four women who say Masterson sexually assaulted them and that the Church of Scientology, to which Masterson belonged, embarked on a pressure campaign to silence them.

Lawyers for the four women say that three of the accounts led to the criminal charges filed this week; they declined to identify which of the women’s allegations are being prosecuted.

Masterson’s lawyer, Thomas Mesereau, said in a statement Wednesday that the actor and his wife are in “complete shock” that the “nearly 20-year-old allegations,” which he has long denied, had resulted in charges.

A lawyer for the church, William H. Forman, similarly criticized the accusations against the church in the civil case, saying in a statement on Thursday that it “remains steadfast that the allegations against it are completely and utterly false.”

Though the criminal complaint makes no mention of the church, Masterson’s relationship with Scientology and the women’s accounts of their experiences with the church are likely to play a role in the case.

Three of the four women in the civil case once belonged to the church. The lawsuit contends that when two of the women told church officials that Masterson had sexually assaulted them, he was afforded special treatment because of his celebrity status and that the church sought to protect him.

Marci A. Hamilton, a lawyer for the women, said that they decided to file a lawsuit after becoming frustrated with how long law enforcement was taking in investigating their claims, one of which was brought to the police more than 15 years ago. Ms. Hamilton said they were also driven to report their allegations by the #MeToo movement and the fact that they all faced a looming statute of limitation deadline in pursuing civil cases.

One of the women, who is not named in the lawsuit, accuses Masterson in court papers of raping her in 2003 after he gave her a drink that made her feel “sick and disoriented.” The woman, who said she was raised in the Church of Scientology, said she gave her account to the police in 2004 but was then pressured by the church to sign a nondisclosure agreement, the lawsuit said. In 2016, according to the lawsuit, she asked the police to reopen the investigation after another woman contacted her and shared a similar account of sexual assault by Masterson.

The existence of these women’s accounts were largely unknown to the public until 2017 when it was reported that law enforcement officials were investigating. Netflix fired Masterson from “The Ranch” amid the accusations.

The actor, 44, said in 2017 that the women’s accounts had been investigated many years earlier and that law enforcement officials had “determined them to be without merit.” His lawyer in court papers has dismissed the civil complaint as “a money grab” and said the women all had consensual relationships with the actor.

Two of the women in the civil suit have said they were in a romantic relationship with him when he raped them. The other two women who are plaintiffs in the lawsuit said that they met Masterson through mutual friends and their involvement with the church.

In the lawsuit, one of the plaintiffs, Chrissie Carnell Bixler, accuses Masterson of sexually assaulting her numerous times during a period between 1997 and 2002 when they dated. After she reported the allegations to the police in 2016, Bixler — who said she had joined the church for a period of time at Masterson’s urging — said in court papers that people associated with the church loitered outside her home, filmed her and her family, harassed her with phone calls and broke the lock on her front door. The suit also claims that people associated with the church placed ground meat laced with rat poison in her backyard, resulting in the death of her dog.

In court papers, Forman, the lawyer for the church, said that Bixler’s account was part of a “coordinated campaign” against the church. In his statement, Forman said the plaintiffs had provided no evidence to support their contentions of harassment.

The civil proceedings have been slowed because of the coronavirus pandemic. In addition, the church has filed a request for religious arbitration of three of the women’s claims, which means that their complaints would be taken out of the court system and instead considered by a panel of arbitrators selected by the church.

The church says that the three former members of the church all signed agreements that waived their rights to legal recourse against the church and could only pursue their claims internally.

The women say they are no longer part of the church and do not remember signing such agreements, though they say that they were encouraged by the church to sign papers that they had not read, according to court papers.

Such religious arbitration requests have been granted in the past in cases where a Jewish plaintiff had asked to proceed with a divorce under rabbinical arbitration rather than going through the civil court system.

Ms. Hamilton said religious arbitration would inherently put her clients at a disadvantage and they will fight to block it.

“It’s a private room where you’ve got their people deciding what’s going to happen under no rules of evidence,” she said. 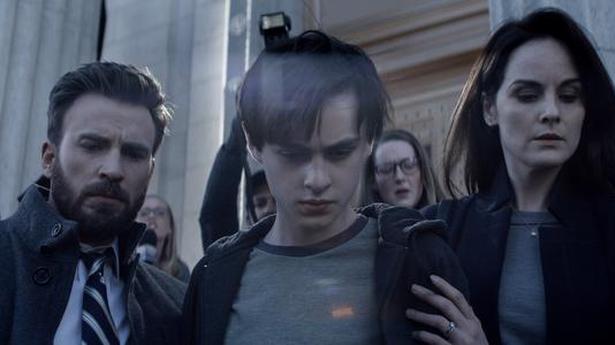 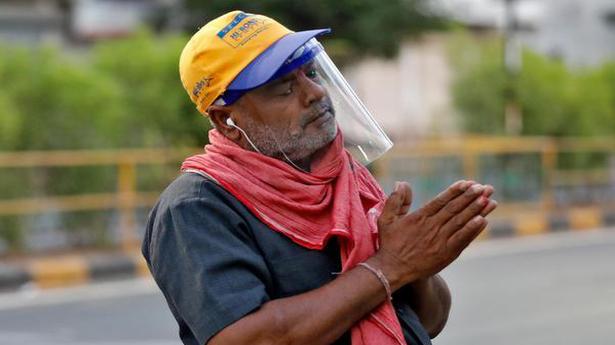