Almost a decade after a tsunami ravaged the Fukushima Daiichi nuclear power plant, the Japanese government has reportedly decided to release more than a million tonnes of contaminated water from the plant into the Pacific Ocean.

Almost a decade after a tsunami ravaged the Fukushima Daiichi nuclear power plant, the Japanese government has reportedly decided to release more than a million tonnes of contaminated water from the plant into the Pacific Ocean. The move is being opposed by local fishermen and environmental groups who claim that it will post a “grave threat” to the marine ecosystem.

The plant’s operator, Tokyo Electric Power (Tepco), has been storing 1.23 million tonnes of contaminated water in as many as 1,044 tanks. As per reports, the company estimates that it will run out of storage space by the first half of 2022.

A final decision by the Japanese government on whether to release this contaminated water into the sea is likely by the end of October, reported Kyodo news agency. If approved, the process of releasing the contaminated water could begin by 2022 and take decades to complete.

Over the years, authorities concerned have considered other options, including the construction of more storage tanks at the Fukushima Daiichi nuclear power plant or evaporating the contaminated water. However, local media reports now suggest that the Japanese government could opt to release it into the Pacific.

South Korea, which continues to ban seafood imports from the affected region, have also voiced concern over the move. The government of Japan has responded by saying that it will promote marine produce from Fukushima while addressing other concerns that local fishermen might have once the contaminated water is released.

Fishermen, on the other hand, claim the move could cause irreparable harm to the industry, which is still reeling from the 2011 disaster. Fishing activities along the Fukushima coast were halted immediately after the nuclear plant disaster but trials to resume the trade were initiated as early as June 2012.

While addressing a press conference on Friday, Minister of Agriculture, Forestry and Fisheries Kotaro Nogami said the Japanese government is yet to take a final decision in this regard. Chief Cabinet Secretary Katsunobu Kato added that the government will make a “responsible decision at an appropriate time” in this regard after discussing it with all stakeholders. 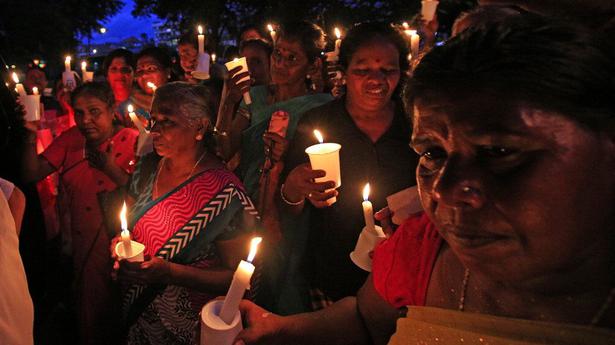 A Spiritual Study in Blue

In spite of everything, a fledgling restaurant looks forward to welcoming its first customer

How to Survive the Coronavirus Markets

His Face, Hands and Feet Swelled Up. What Was Going On?

Redmi 9 vs Redmi 8: What’s the Difference?