For decades, the Labor Day holiday was synonymous with the weekend-long telethon hosted by Jerry Lewis, on which that comedian and filmmaker served as the M.C. for all kinds of entertainment — sometimes highly polished, other times less refined — while encouraging viewers to donate to the Muscular Dystrophy Association. But Lewis, who died in 2017, hosted his last such telethon in 2010, and despite attempts to keep the program going with other presenters, the association announced its cancellation in May 2015, before that year’s telethon could be held.

Now the association says it will revive the telethon as a one-day, two-hour event, to be shown on Oct. 24 and hosted by Kevin Hart, the actor and comedian. “The MDA Kevin Hart Kids Telethon,” as it will be called, will raise money for the Muscular Dystrophy Association and for Help From the Hart, a charity organization founded by Hart that focuses on social, education and health efforts in underserved communities and provides scholarships and vocational training.

Hart said in a statement that the telethon was “an incredible opportunity to bring the work of Jerry Lewis and the Muscular Dystrophy Association forward,” adding that collaboration between the two charity organizations was intended “to educate and entertain the public about the need to support people with disabilities and disadvantages, because we are all in this together.”

Lynn O’Connor Vos, the president and chief executive of the Muscular Dystrophy Association, said in a statement that Hart and his foundation were “the perfect match” to “bring the magic and power of the telethon into a new era of giving, and to bring the remarkable stories of strength of MDA families into the hearts and homes of people across the country.”

Streaming platforms for the new telethon will be announced later, according to a news release.

Lewis hosted several telethons in the 1950s, both with Dean Martin and as a solo performer, for what would become the Muscular Dystrophy Association, and started hosting the annual Labor Day broadcasts in 1966. In 2007, he apologized after using an anti-gay slur on the program. The telethon shortened its format after 2010 and, amid some friction with Lewis, stopped using him as host before the 2011 program, passing those duties onto Nigel Lythgoe, Jann Carl, Alison Sweeney and Nancy O’Dell.

Hart, the standup comic and star of films like “Jumanji: The Next Level,” has previously hosted the MTV Video Music Awards, the MTV Movie Awards and the BET Awards. He was chosen to host the 2019 Academy Awards show, but stepped down after some of his past tweets were widely criticized for being homophobic. He apologized on Twitter, writing at the time, “I am evolving and want to continue to do so. My goal is to bring people together not tear us apart.” 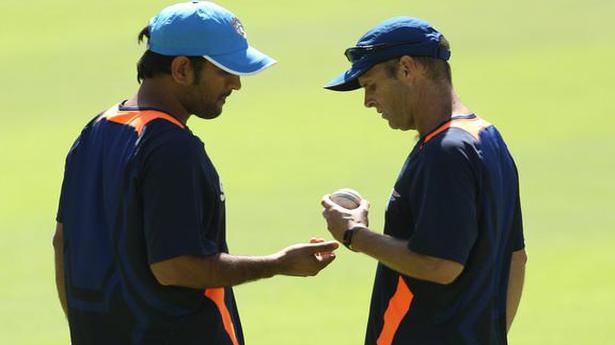 A privilege to work with one of the best leaders: Kirsten on Dhoni

In Jorie Graham’s Poetry, the End of Days and the Pleasures of the Flow