Jimmy O. Yang is already a familiar face in comedy. Many will recognize him as Jian-Yang, the deadpan foil from the HBO satire “Silicon Valley,” which ended in 2019 after a six-season run. In “Crazy Rich Asians,” he stole scenes as the magnetic playboy Bernard Tai. Since then, he has been on Netflix’s “Space Force,” opposite Steve Carell and John Malkovich. But until now, he hasn’t had a starring role.

In his new movie, “The Opening Act,” which comes out on Oct. 16, Yang plays Will Chu, a stand-up comedian in Pennsylvania. When Will gets to open for his comedy idol, Billy G., played by Cedric the Entertainer, he realizes he still has a lot to learn about how to make people laugh. The movie, directed by Steve Byrne, has a murderers’ row of comedians: Whitney Cummings, Alex Moffat, Russell Peters and Iliza Shlesinger.

“It’s really a behind the scenes look of how the sausage is made in the stand-up factory,” Yang said in a recent interview from Vancouver, Canada.

His reverence for comedy is clear. “The great thing about stand-up is it’s such a meritocracy that if you are good, and if you are funny, boom, you get the respect and you’re good to go,” Yang said. “Whereas acting, you feel like somebody needs to give you an opportunity or the right project has to come along.”

The movie is also nostalgic for him. He saw a lot of parallels between how his own stand-up career started and how the lead character’s unfolds. He recalled his first open mic and the immediate camaraderie he shared with the other comics, who gave each other notes afterward. “On any given night,” he said, “you walk in at the improv, and you’ll see some of the best of the best comedians out there.”

He’s been in Vancouver filming the Netflix romantic comedy “Love Hard,” directed by Hernán Jiménez. Yang stars as the romantic lead opposite Nina Dobrev; Charles Melton, whom Yang calls the “stud with a six-pack,” is his competition.

“The Opening Act” was filmed within a punishingly dense 19-day shooting schedule and he was in nearly every frame, Yang said. Things were a bit of a blur for him as he adjusted to workdays lasting 10 to 12 hours. Since then, he has committed to getting his sleep schedule right. He also had to approach this role differently.

“With ‘Silicon Valley,’ I know that character so well; I can go in, and I know how to be funny,” Yang said. “Being the lead, it’s beyond just being funny. There’s a lot more homework, and you have to be mentally prepared.”

Yang shared what he has been watching and listening to recently. You won’t catch him with a book though. “I’m not a nerd,” he said. “I mean, come on.” (His exception was reading “Crazy Rich Asians.”)

In his spare time, Yang, who lives in Los Angeles, has been secretly watching romantic comedies (“Love Actually” and “The Kissing Booth 2”) to better understand the genre. He usually watches them after dinner and calls it “homework,” but, as he says, “There’s no shame my game.”

In order to relax, I have to listen and watch stuff that has nothing to do with my life. It’s hard sometimes for me to watch a scripted TV show. I’ve been listening to Howard Stern a lot. I’m a huge fan of him, and I listen in the morning. That’s how I relax. It’s something completely different from my life. It’s four hours and an old school radio show, and sometimes I’ll be playing video games or watching a cooking show, or I’ll have Howard Stern on while taking a shower. He’s just so lovable and very, very funny. He’s one of the best interviewers; he just interviewed Chris Rock, and that was incredible.

I watched “About Time.” That’s a good one. It’s about time traveling as well as being a rom-com. Rachel McAdams is one of my favorite people on the planet. She’s so beautiful, talented, lovable and an incredible actor.

I was also listening to this podcast that my buddy recommended: “Business Wars.” It’s pretty cool. It’s like Netflix versus Blockbuster, Pizza Hut versus Domino’s, FedEx versus UPS. I just got into that.

I watched “Notting Hill.” I saw it when I was a kid, and I still remember the soundtrack. My parents would play it. It’s such an incredible movie. I would say, not that I’m giving movie reviews here, but Julia Roberts’s character — she’s not a great person, she has a lot of flaws — I feel like she’s going to end up breaking Hugh Grant’s heart in the future, but the chemistry between those two! It’s shot so well and it’s written so well that yes, it’s a bit of a fairy tale, but I cried when she said her famous line, “I’m just a girl standing in front of a boy asking him to love her.” I cried. It just makes you feel so warm and fuzzy. It almost makes me want to call a couple of my ex-girlfriends.

I need to watch all the rest of the Richard Curtis movies — “Four Weddings and a Funeral,” “Bridget Jones’s Diary.” I also need to watch some old school, American rom-coms, like “The Proposal” and “Failure to Launch.” I have a whole list.

Before I go to sleep, I always either watch cooking shows, or I watch travel shows on YouTube. So this guy, one of my favorites, his name is Mark Wiens, he’s a YouTuber that travels everywhere eating exotic food. That takes me out of being an actor, you know, just seeing like an everyday guy eating and cooking. I’m a huge foodie.

“Chef’s Table” has a barbecue season now. Oh my God. It’s incredible. There’s “Taco Chronicles” — that’s also amazing. My favorite guy on YouTube these days is Gennaro Contaldo, he’s on Jamie Oliver’s channel. He’s this really old Italian man. Amazing. He’s so passionate. His dishes are so beautiful, but simple. His videos are usually under five minutes, like the most incredible pasta dishes.

I posted a few cooking videos on my own on YouTube as well. I don’t make exact recipes. I learn the techniques. Like if you have a couple of pieces of bone-in meat and stuff, you cook it down for two, three hours and make this incredible ragù. I’ve made spaghetti alle vongole. I remixed it a little bit from what he does, but the basic concept is there. He’s incredible; he makes everything look easy. The Best Movies To Watch On Netflix In October 2020

Facebook May Be Ordered to Change Data Practices in Europe

US state of Missouri sues China’s leaders over coronavirus 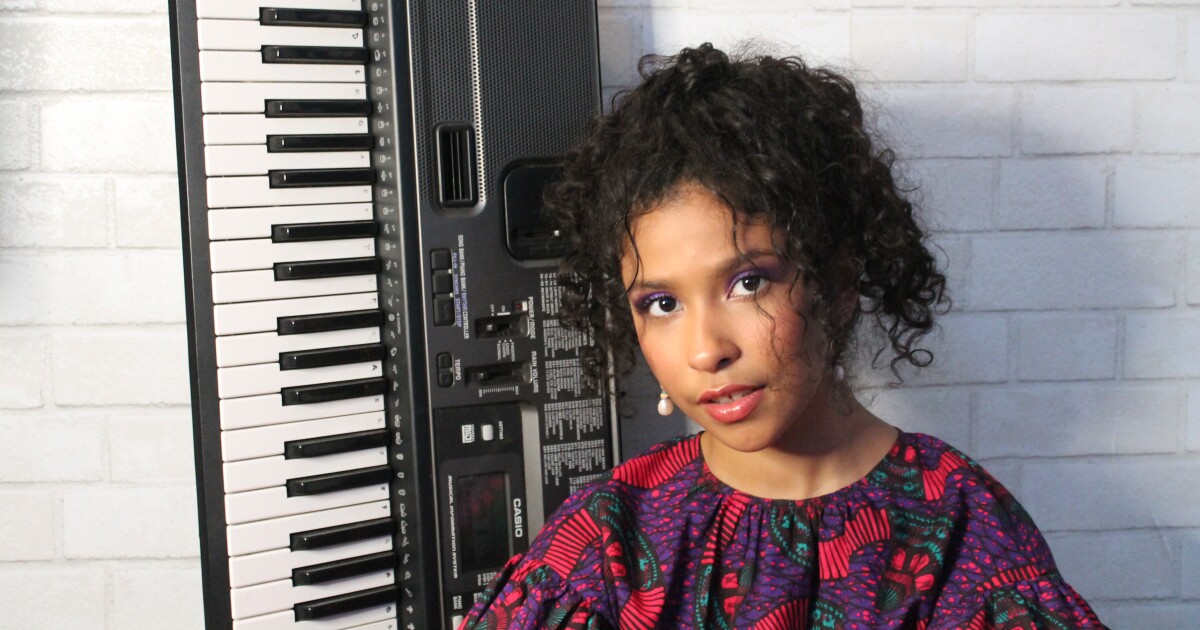 Madison Reyes is about to be a Netflix star. Yes, she’s ‘scared’