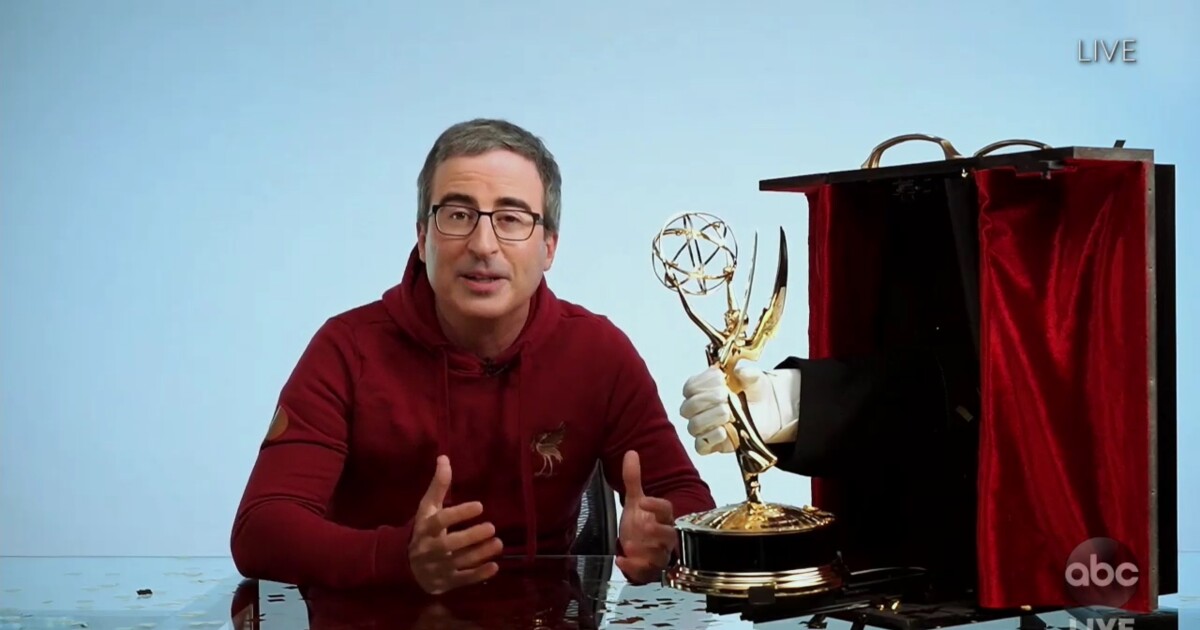 John Oliver had quite a week to recap Sunday on “Last Week Tonight.”

During the latest episode of his weekend late-night program, the Emmy winner responded to what he called “shocking and utterly inevitable” news that President Trump, First Lady Melania Trump and several other White House figures had tested positive for COVID-19.

“Obviously, the president having the coronavirus is a very big deal, and we’re recording this on Saturday, so who knows what’s happened over the last 24 hours,” Oliver said. “What I do know is that, so far, the White House has handled the situation terribly. First, the news only came out after reporters discovered that one of Trump’s closest aides, Hope Hicks — who traveled with him to the debate — had tested positive, prompting the obvious question of when the president learned he’d been exposed and what he’d done about it, and the answers there weren’t great …

“Normally, I’d criticize the White House operations team for either having no … clue what isn’t safe, or just not caring. But given that there’s a pretty good chance that most of them have COVID now, I guess I’ll just say, ‘Feel better, guys.’”

Oliver was one of the last late-night TV hosts to address Trump’s diagnosis after Jimmy Fallon, Jimmy Kimmel, Trevor Noah, Stephen Colbert and Amber Ruffin all scrambled to cover Friday’s bombshell on their respective talk shows.

“In any other time in history, this would be the craziest story of all time. In the year 2020, it’s Friday,” Fallon joked on “The Tonight Show.” “Seriously, when the news broke, 2020 was like, ‘Come on, you had to see this one coming.’ I actually didn’t see this coming. Last night, I went to bed thinking tonight’s whole monologue would be about NASA calling off their mission to send a $23-million toilet to space. We had 300 jokes on that.”

“It’s unfair that Trump caught it, because he’s always taken the virus very seriously,” Ruffin said on Peacock’s “The Amber Ruffin Show” before rolling tape of the president downplaying the dangers of COVID-19 by calling it a “hoax” and comparing it to the flu. “So we just want to … say how unfair it is that this happened to him — and to the 7.31 million other Americans who’ve got this virus — and that we hope he gets well soon.”

Multiple comedians, including Noah, took the opportunity to deliver a health PSA to viewers, using the White House outbreak as a cautionary tale. At press time, the president is still receiving treatment at Walter Reed National Military Medical Center in Bethesda, Md.

“If the president of the United States can get the coronavirus, then what excuse do the rest of us … have for not wearing a mask?” Noah asked on “The Daily Show.” “This guy literally had people tested around him. He had the Secret Service [slap] anyone who even sneezed in his direction.

“And yet still — because he wasn’t wearing a mask, and he insisted coronavirus was fake and didn’t take the necessary precautions he should have — now, he’s back in the bunker. … People: Coronavirus doesn’t care about your politics. It doesn’t care if you believe in it or not. What it does care about is if you’re wearing a mask.”

On “Jimmy Kimmel Live!,” Kimmel laid out a timeline of events leading up to Thursday night, including last week’s presidential debate and the well-attended Supreme Court nomination announcement for Amy Coney Barrett — both of which saw multiple members of Trump’s circle without masks and in close proximity to one another.

“This president doesn’t think [masks] look good, and so now he has the virus, and his wife has it, and every staffer who may have come into contact with the president is at risk,” Kimmel said. “Basically, the White House is now like a summer camp with lice. And there are a lot of COVID dots to connect.”

“There was something utterly infuriating about watching them hugging each other when many in this country haven’t seen their families for months, or have died alone in a hospital,” Oliver said. “And it’s not just that they’re putting themselves at risk. More importantly, it’s that they’re risking infecting others.”

After wishing the president and the first lady well, Colbert resumed his usual “Late Show” programming by holding Trump accountable for his “irresponsible” actions.

“It’s bad enough that Donald Trump’s recklessness put himself and those around him in danger, but what might be worse is that by doing so, he compromises the safety of all Americans,” Colbert said. “When the commander in chief contracts a dangerous virus, that has an effect on national security … In other words, the president has a responsibility to stay safe, so that we can all stay safe.”

The Drive-In Theater: Keeping Drama Alive During the Lockdown 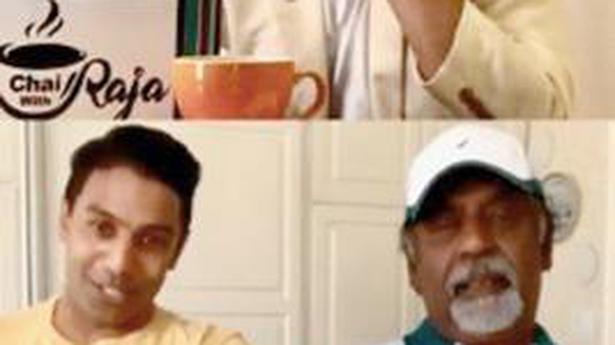 Tennis | Vijay would have preferred Bhupathi as partner