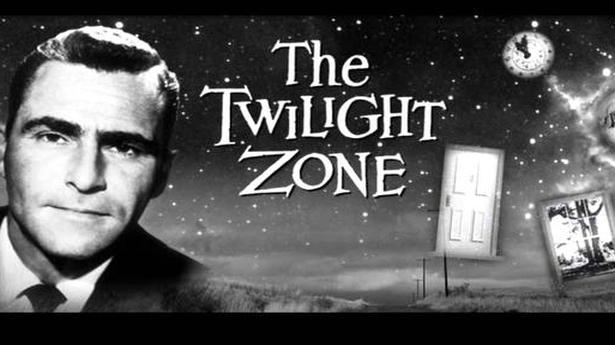 “There is a fifth dimension beyond that which is known to man…it is the middle ground between light and shadow, between science and superstition..this is the dimension of imagination…,” said Rod Serling, kickstarting his anthology series — The Twilight Zone on October 2, 1959.

With Serling’s opening intro accompanied by the now-iconic score of the show fading into the background, viewers are introduced to an Air Force pilot by the name of Mike Ferris (Earl Holliman).

He travels on a dirt road to arrive in a small midwestern American town. The town exhibits all the evidence of a community residing in it, but Ferris fails to come across any living, breathing human being.

Wherever he goes, he is met with ominous signs — a burning cigar, water running on the sink, a plate of unfinished food — evidence of prior inhabitants having left in a hurry. Initially, he is unfazed by the lack of human life around him. Soon, this gives way to a lingering sense of loneliness and desolation in him.

He tries to come to terms with the nightmarish situation he finds himself in, but ends up believing that he is being watched. Ultimately, he is driven down the hellish depths of acute paranoia.

But what is this town? Where is it? Can it be somewhere in the real world?

A still from the pilot episode ‘Where is Everybody?

Where is Everybody?— is the first among 156 stories in Serling’s supernatural anthology series, a television offering which tries its hand at telling inherently moral tales of the human condition and the society at large using popular science fiction and fantasy tropes.

It aired on one of America’s biggest Television Network — CBS, and ran for a total of five seasons, before being cancelled in 1965.

Since then, new generations of viewers have discovered it and the appreciation for and interest in Serling’s show have shown no signs of waning.

Many widely popular shows exploring supernatural themes — the likes of Black Mirror and Tales from the Loop have found it difficult to hide their resemblance to Serling’s landmark series.

Not many of us remember much about Rod Serling himself, or the era in which he became a successful television writer. Serling was born in Syracuse, New York to a Jewish family on Christmas day, 1925.

A vocal supporter of America’s war effort in the Second World war, Serling enlisted as a paratrooper in the U.S. Army on the morning of his High School graduation day.

After his stint with them, Serling began his writing career in the Radio industry. Soon he could read the doomsday message on the wall for the medium and shifted to writing for television. Rod Serling in his opening monologue before the episode

Television in the early 1950s was an infant medium in America, just starting to gain popularity over Radio broadcasts. This period saw the advent of hour-long anthology drama series, many of which were recipients of critical acclaim.

Elements of theatre, radio and filmmaking were churned into the big pot of television, producing content which was meticulously choreographed, brilliantly acted and socially progressive.

The creators aimed at catering high-quality Broadway production like teleplays to the average American audience. What made their feat even more impressive was that all this was achieved in one take.

Popular shows of the time such as Kraft Television Theatre, The U.S Steel Hour and Playhouse 90 were broadcast live on American television.

This meant even one slip-up from the actors or the director could jeopardise the entire production. Even the technicians had to be on their toes as one misplaced cable could put a show off-air.

And yet, this period in the medium’s history is dubbed by many historians and social commentators as the ‘First Golden era of American Television”.

It was in this era that Serling came of age as a television writer. With a career studded with six primetime Emmy awards — Serling became a household name for scripts like The Comedian (1956) and Requiem for a Heavyweight (1964). His most popular creation, however, was still in the making.

Moral tales with a sci-fi twist

In an interview with Mike Wallace in 1959, Serling was questioned on his latest sci-fi show for which he would serve as a writer and an executive producer, The Twilight Zone.

Wallace asked him why he wanted to create a show based on the supernatural: “Are you giving up on writing anything important for television?”

Serling was visibly irritated by the question, but Wallace did have a point. The Twilight Zone was a far cry from his previous works which were based in realism and were essentially case studies of the human psyche and the broader human condition.

In contrast, his latest offering was rooted in science fiction, bordering on the supernatural. He reasoned that the sci-fi set up allowed him to escape scot-free from the ever-gazing eyes of the television executives, who were perpetually butting in on his work.

Needless to say, the show was also a product of its time.

The period between the late ‘50s and the early ‘60s is known for the escalating cold-war tensions between the U.S. and the Soviet Union.

The hilarious yet spine chilling “duck and cover” campaign advertised on television during that time urged viewers to take cover under items of furniture, logs and even large rocks to protect themselves from radioactive waves in case of a full-blown nuclear attack by the ‘enemy’.

Effectiveness of such an approach, when faced with nuclear armageddon, is indeed questionable but the advert effectively conveys the burning anxieties of its time.

In other words, the fear of the world ending at any possible moment weighed heavily on the conscience of people living through this period. And so, it became a subject of many an episode including “Time Enough at Last” and “Third From the Sun”.

Serling’s other Twilight Zone creations include the ageless masterpiece, “The Monsters Are Due on Maple Street”. 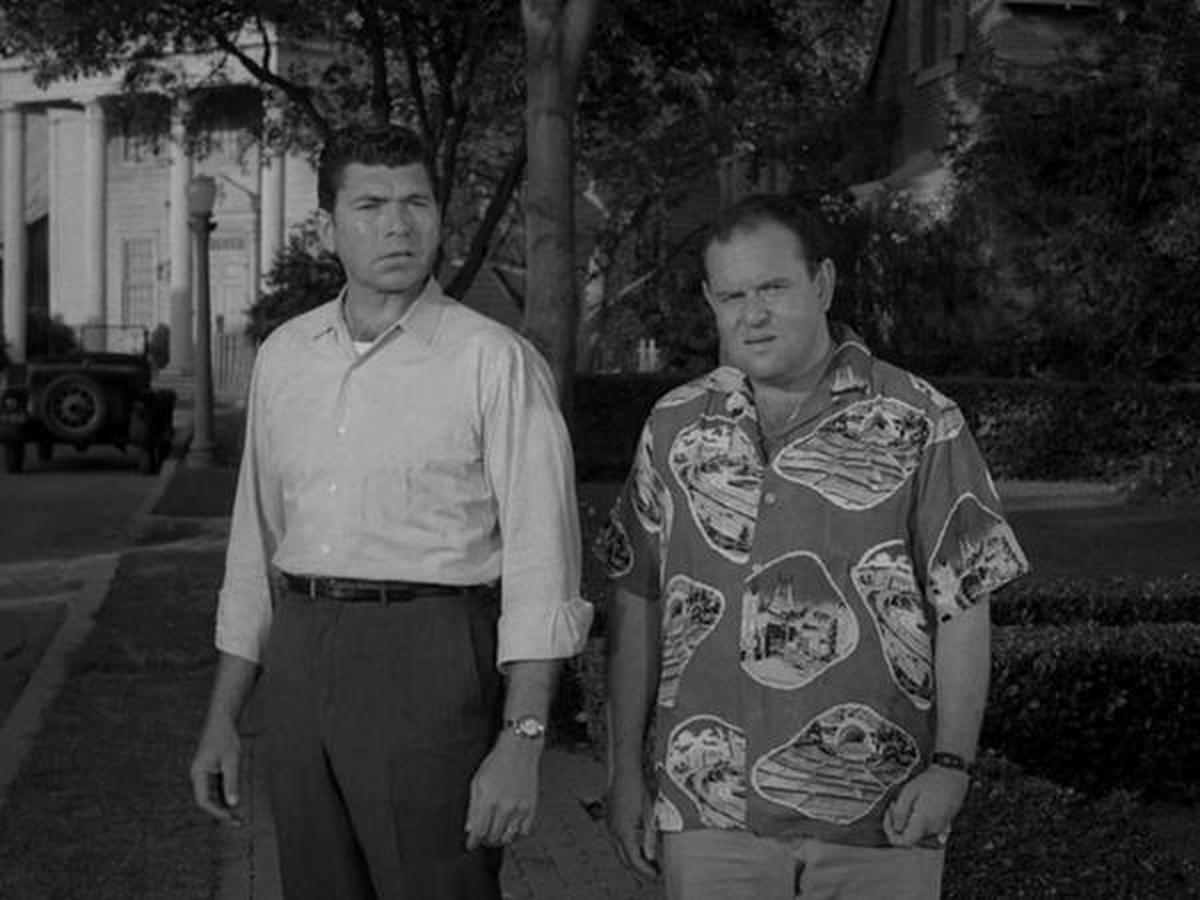 Considered by many as one of the show’s best episodes: ‘The Monsters Are Due on Maple Street’

This episode is a timeless take on fear, reason and control: how human beings are easily divided by prejudice. The story is told using the popular sci-fi trope of an alien invasion and has been remade countless times since it first aired on March 4, 1960.

A pre-dominant motif in the screenwriter’s work was nostalgia. Case in point, episodes like “Walking Distance” and “A Stop at Willoughby” which reflect his yearnings to get back to his roots, far away from the glitzy world of show business.

In most of these episodes, Serling’s quintessential protagonist exhibits a knack for striking up a Faustian bargain for personal gain often leading to self-harm. This is a storytelling device he uses to get across to his viewers — his moral or philosophical take on any particular subject.

Though, wherever the socially conscious, morally-charged messaging becomes too obvious, too bitter: it is sweetened by the innovative and mystical promise of a nerve-wracking sci-fi tale.

Old wine in a new bottle

From the 1983 movie by the same name to the 2019 reboot co-created by Jordan Peele (of Key & Peele fame) — The Twilight Zone is one of the most emulated shows in the history of broadcasting.

Among them, some have been appreciated while others have been forgotten. However, none of them has matched up to the original show’s standards. The latest among them being Peele’s rendition of the original show, the second season of which is now available for streaming. A thorough examination of the new show suggests that many elements which worked for the original, have become archaic and even out-of-place for the newer instalment. Take, for instance, the show’s iconic opening monologue.

Before every original Twilight Zone episode, Rod Serling delivered a short monologue in front of the camera. Serling, with a flurry of nicely formed, hard-hitting sentences which seemed to be straight out of a thriller novel, set the stage for every story. However, Peele’s attempt at the same seems to be merely ornamental. It comes across as a homage to the original which means well but does little else.

Another issue can be cited in the length of the newer adaptations.

The episodes from the original show ran for 25 minutes. The newer versions seemed to have doubled that, often leading to a dip in the quality of the content. The pilot episode of the first season of the 2019 version titled “The Comedian” ran for over an hour.

Consequently, the viewers were left gaping for the trademark twist in the tale — something which made the original so popular. When it did come, unlike an effective punchline to a laugh-out-loud joke, landed too late to make up for lost ground.

Since then, the creators have decided to cut down on the episode length for the 2020 season. Still, it does not seem to be immune from the familiar discrepancies ailing its predecessors.

The pilot episode of the second season titled “Meet in the Middle” manages to deliver a strong beginning and an end but the middle simply tethers out. However, the new season does deliver some punches. “Ovation” which is a biting critique of fame in the time of social media and reality television, surely lives up to the billing. “You Might also like” is also one of the highlights of the new season. It is a commentary on the adverse effects of consumerism using sci-fi tropes which would have made Serling proud. It is also a sequel of sorts to the episode from the original series titled “To Serve Man”.

However, they are the lone over-achievers among their otherwise disappointing peers. So much so, that one can say with conviction that the newer adaptations are case studies in inconsistency.

The only saving grace is the age-old format, the brickwork for which was laid down by the prolific screenwriting veteran. Something for which Rodman Edward Serling’s name will forever be etched in the annals of television’s history.

As for the original show, it has left such an indelible mark on American popular culture and its patrons, that “twilight zone” is now used as an adjective to describe situations which are out of the ordinary, even a bit spooky; or the mental state between reality and fantasy: a fitting tribute to the greatest sci-fi creation in television history.

Amid a Pandemic, ‘Batman’ Matters More Than Ever

Lockdown may have lasting effects on friendships

Rams’ potential replacements for Greg Zuerlein have made big kicks, just not in NFL

At the Sourdough Library, With Some Very Old Mothers

Running Down a Dream