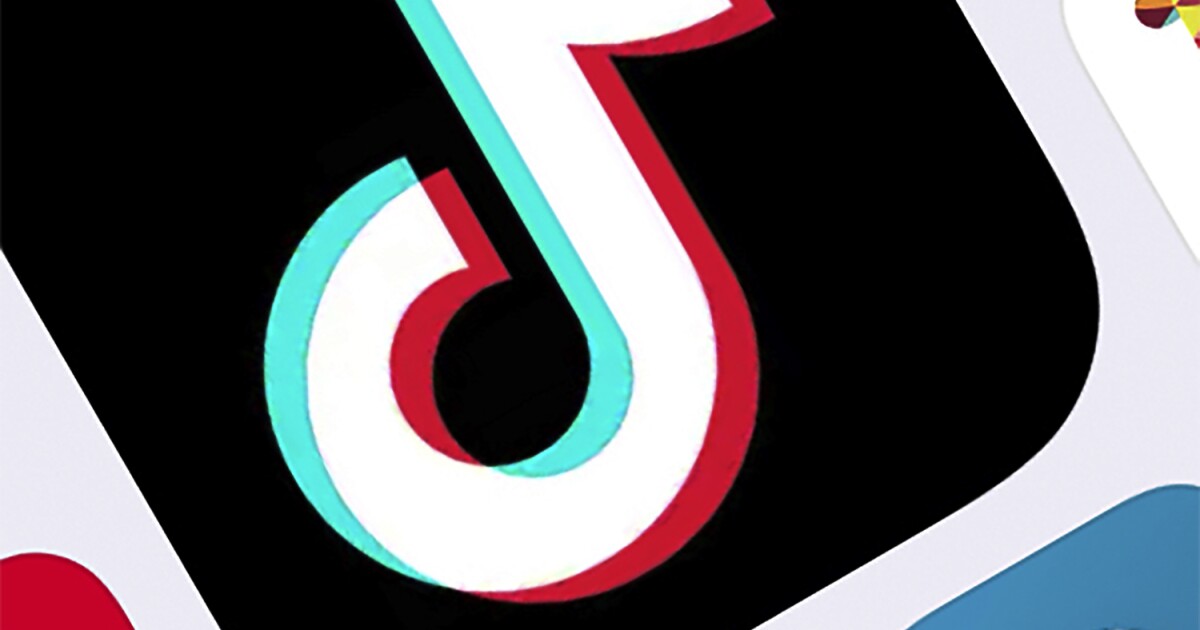 TikTok on Sunday won a significant victory against the Trump administration, when a federal judge ruled in favor of the tech company’s request to delay a ban on the app.

Under the ruling, TikTok will remain available in U.S. mobile app stores and TikTok can continue to provide software updates. The company filed a lawsuit this month in Washington, D.C., saying that the Trump administration’s decision to stop new downloads of the app starting Sept. 27 was unconstitutional and could adversely harm its business.

“TikTok is a modern-day version of a town square,” said the company’s attorney John Hall at a hearing on Sunday. Pulling TikTok from the app stores “would be no different than the government locking the doors to a public forum,” Hall said.

The popular social video app has been under scrutiny by Trump, who has expressed concerns that TikTok could be giving U.S. user information to the Chinese government because its parent company is China-based ByteDance. TikTok says it has not and that its U.S. user information is stored in Virginia and backed up in Singapore.

The judge’s ruling offers ByteDance breathing room as the company works on a deal to give ownership to U.S. partners to satisfy the security issues raised by Trump by Nov. 12 or risk getting banned in the country. The judge did not offer an extension of the Nov. 12 deadline in his order on Sunday.

At stake is TikTok’s massive global success and its footprint in L.A.’s entertainment industry with popular video creators making tens of thousands of dollars each month in brand deals in return for marketing products to their millions of fans. If TikTok gets banned in the country and its audience becomes stagnant or leaves for rival video apps, that could cause creators and advertisers to jump off too.

The directive to remove TikTok from U.S. mobile app stores came from the Commerce Department after an executive order signed by the president on Aug. 6. The order was to go into effect Sept. 20, but the Commerce Department delayed that until Sept. 27 after 11:59 p.m., as TikTok continues to broker a deal that will satisfy Trump’s security concerns.

“The concern here is data security risk and leaving data vulnerable to access from the Chinese government,” said Daniel Schwei, an attorney for the Department of Justice in a hearing on Sunday. “This is the most immediate national security threat.”

The company also argued that blocking TikTok software updates, including ones related to security, could put users’ personal information at risk. “The actual consequences of this app store ban would be to erode security,” Hall said.

ByteDance is continuing to work on a deal that will address the Trump administration’s security concerns. An early version of the agreement would give minority ownership to Arkansas-based retailer Walmart and Silicon Valley software company Oracle. It would create a new company called TikTok Global, giving the U.S. companies a total of 20% ownership. Oracle would run TikTok Global on Oracle Cloud and TikTok Global would be based in the U.S., bringing 25,000 jobs. Last weekend, Trump said he approved in concept the deal, raising hope among TikTok supporters that a ban on the app could be averted.

But a deal closing quickly looks unlikely. It would need the Chinese government’s approval and China-run media outlets have already expressed their disproval.

“ByteDance has become the victim of a shakedown in which its prized possession is being seized and exchanged for favors done and to come,” China Daily wrote in an editorial that also notes Oracle’s close ties with Trump. Oracle co-founder Larry Ellison hosted a fundraiser for Trump and is a supporter of the president’s.

“Beijing is unlikely to condone the White House’s strong-arm acquisition,” China Daily wrote in its editorial. “After all, no deal is better than a deal made under duress.”

If the Chinese government approves the deal, it’s unlikely that will happen until after the November U.S. election, said Yun Zhu, an associate professor of finance at the Peter J. Tobin College of Business in St. John’s University in New York.

“The White House has been using this issue as showing force of the stance towards China and if this is put through before the election, it will be considered as an achievement of the (Trump) administration,” Zhu said. “It doesn’t give China any leverage in discussing this issue further, so I think China will not let that deal happen so easily.”

Some U.S. lawmakers including Sen. Marco Rubio (R-Fla.) have also expressed concern over whether the deal would still give China some control over TikTok.

If a deal is not closed by Nov. 12, the Commerce Department will take more punitive action, including barring U.S. businesses such as content delivery networks from working with TikTok, over time making the app not functional. That would be a financial blow to TikTok’s business and many video creators in L.A. who make money through brand deals and promotions on the app.

TikTok’s fight with the Trump administration has already taken a toll on the company. In August, TikTok lost $10 million in revenue and about a dozen brands have canceled or delayed their plans to advertise on the app for that month, said interim head Vanessa Pappas in a declaration filed in federal court on Wednesday.

The app also is in danger of losing its creators and users to rival services. TikTok had grown exponentially, especially during the pandemic, as people looked for new was to entertain themselves as they sheltered at home. TikTok said it had nearly 689.2 million global active users in July, up from roughly 55 million in 2018.

In the U.S., the company said it has more than 100 million users based on quarterly usage.

“For TikTok to remain competitive, continued growth at this stage in our development is critical,” Pappas said in her court declaration. “New users are the lifeblood of a social media application like TikTok; without new users, we cannot compete with other platforms.”

Pappas said that if TikTok were to be banned in the U.S. entirely on Nov. 12 for six months, the company predicts that 80% to 90% of its daily active users will not return.

This month three TikTok creators, including USC student Cosette Rinab, also filed a lawsuit in federal court in Pennsylvania, arguing that a ban would violate their First Amendment rights. On Saturday, a judge denied the creators’ request for a temporary restraining order.

For industry observers, it’s unclear what will happen next.

“This really seems like the most epic soap opera I’ve ever seen and I can’t really figure out what the ending is going to be,” said Rich Greenfield, a partner at research firm LightShed Partners. “Every time we think there’s clear visibility and what’s about to happen, it all disappears.”

Trump hints at US withdrawal from Afghanistan as election looms 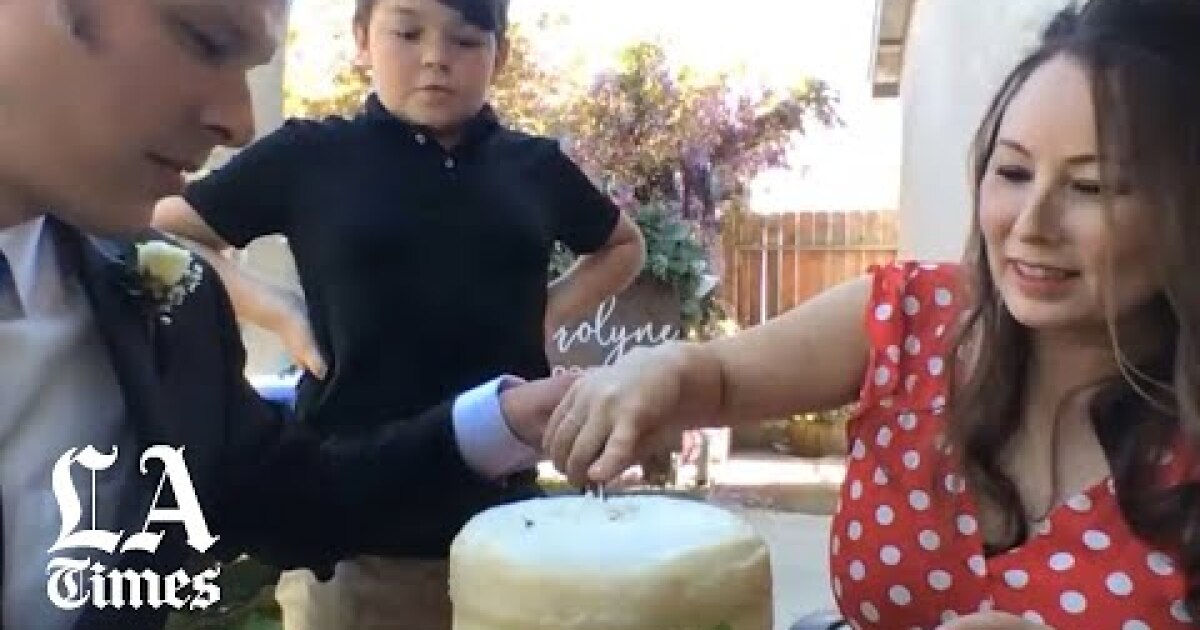 Who Is Kyle Larson? Dreams and Waking Life Blur in a New Story Collection