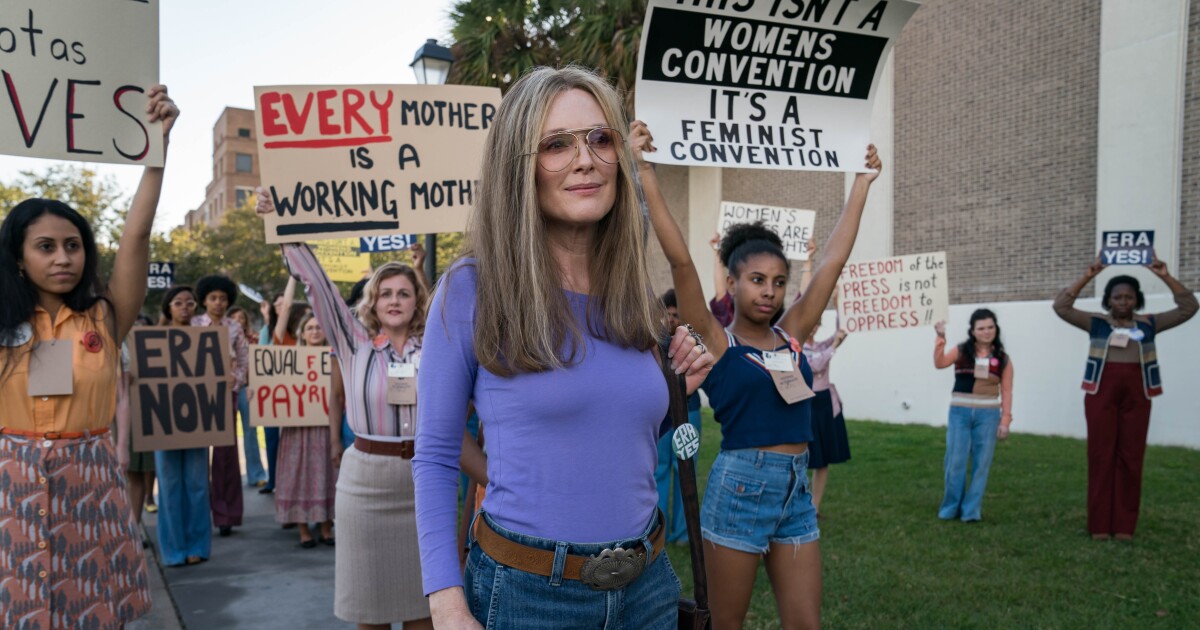 “I want to write about the women’s movement,” Vikander’s young Steinem says at the top of the trailer.

Based on Steinem’s 2015 autobiography, “My Life on the Road,” the film sees Steinem and her squad surmount constant misogyny and various obstacles on their journey to dismantle heteronormative, patriarchal systems.

“Can we change the world?” Sanchez’s Huerta calls to an energetic crowd of protesters.

“Yes we can!” Monáe’s Hughes responds.

Despite scoring 10 Emmy nominations, the show drew scorn from the real Steinem and Feminist Majority Foundation President Eleanor Smeal, who both criticized its depiction of the women’s liberation movement in a July op-ed for The Times.

Adapted for the screen by Taymor and Sarah Ruhl, “The Glorias” is set to debut Sept. 30 on Amazon Prime Video. The movie premiered earlier this year at the Sundance Film Festival.

“The truth will set you free,” Moore’s Steinem says at the end of the teaser. “But first it will piss you off.”

Ellen DeGeneres Tells Her Staff That 3 Top Producers Are Out

Why was this Iraqi activist killed?

Animals Are Rewilding Our Cities. On YouTube, at Least.

He Needed to Train. David Duchovny’s Pool Was Out There.

A Novel Asks: What if Women Were Forbidden From Doing It All?