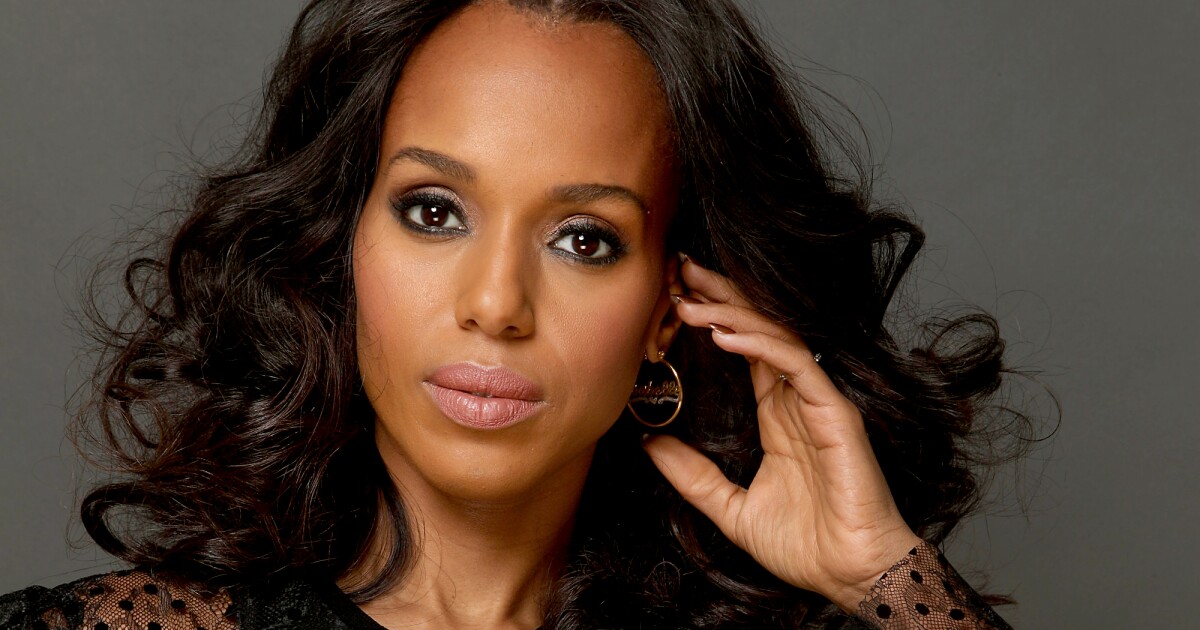 Kerry Washington watched audiences stagger out of Broadway’s Booth Theatre after the devastating ending of “American Son,” Christopher Demos-Brown’s play about a mother agonizing over the whereabouts of her missing Black son. As an actress, she knew she had done her job, opening people’s hearts and minds to the American experience of being a Black mother. As a producer, though, she felt like she needed to do more.

That impulse of transcending expectations, pushing for greater depth and meaning, has long defined Washington’s life and career. Right now, she wants people to understand their inherent power, and she pursues that mission both in her work — currently, the Netflix filmed version of “American Son” and “Little Fires Everywhere,” the Hulu limited series about race and motherhood — and in her social engagement and activism, which, of late have focused on voting rights, representation and the African American Policy Forum’s #SayHerName campaign, honoring and remembering women of color killed by police.

Washington’s message has been on point since she landed the lead role in “Scandal” eight years ago, becoming the first Black woman to star in a network television drama, and she’s been even more laser-focused in the last four years when people have often jokingly clamored for her “Scandal” character, master political fixer Olivia Pope, to come in and save the day.

Just as there was no reason for a Black woman not to be the center of a network drama, Washington says, “because there are millions of Black women in the world who are the center of their own stories of their lives,” every person can shape and star in their own narrative.

“We have the ability to be the heroes of our families, our communities and our lives,” Washington says. “And it’s important to remind people of that truth, that you have what it takes to make an impact on your community through exercising your right to vote or being counted in the census or just taking care of yourself and showing up in your community, asking yourself: What is your hero’s journey? What is your invitation into your own path in life?” She pauses. “People need to know that they are way more powerful than Olivia Pope.”

Washington is at home in Los Angeles, where she has spent the last few months “doing a lot of home schooling and a lot of cleaning bathrooms,” as well as working with her producing partner, Pilar Savone, to further develop projects they plan to pursue once Hollywood resumes filming after the COVID-19 shutdown.

When Washington attended George Washington University, she thought she might pursue teaching as a career. Asked how she’s doing educating her kids — Washington and her husband, former NFL star Nnamdi Asomugha, have a 6-year-old daughter and a 3-year-old son, as well as a teenage daughter from Asomugha’s previous marriage — she laughs and says, “You’d have to ask them.”

Education is a clear passion, and Washington, 43, doesn’t limit herself in scope. During the last few traumatic months marked by pandemic and protests following the police killing of George Floyd and others, she has encouraged everyone at her Simpson Street production company to deal with heavy emotions and to practice self-care.

“She started doing these yoga sessions,” Savone says, “and we would all join, and one day I thought, ‘This is the best part of my day.’ Because they were coming from her heart and she was putting herself in a vulnerable position, and I think everyone’s vulnerable right now. It’s uplifting for everyone to be vulnerable together in these moments.”

The race of Washington’s character in “Little Fires Everywhere,” Mia, a nomadic artist raising a teenage daughter, was unspecified in Celeste Ng’s bestselling 2017 novel. When Washington became involved, she brought her own take to the character, series creator Liz Tigelaar says.

“Kerry saw Mia as a person who wasn’t going to do the work for people,” Tigelaar says, “meaning we as women, then I would say doubly so for Black women … if something’s awkward or uncomfortable, women are supposed to smooth it over and make it better. And Mia doesn’t see her job as making everyone comfortable.”

The character’s willingness to confront painful truths, Tigelaar adds, made her all the more powerful in the current moment.

“Right now, Black women and men are being able to say, ‘Hey, white people, it’s not our job to teach you. It’s not our responsibility to educate you,’” Tigelaar says. “It’s up to white people to educate themselves.”

Which brings us back to “American Son” and Washington’s decision, as a producer, to work with the social justice lab the Opportunity Agenda to include a discussion guide in the show’s Playbill program. This had never been done before in Broadway history, but Washington felt like she needed to provide a resource for audiences — and nobody leaving that theater was going to be in any shape to walk up to a table and pick up a booklet after seeing the show.

“You had to put it in programs so it’d be there when they’re home and still working out the ideas of the play,” Washington says. The guide explores implicit bias and offers resources for audiences to support groups working for equitable and accountable policing. When “American Son” premiered on Netflix, Washington made sure the guide was available online.

The movie version of “American Son,” like the play, takes place entirely in the waiting room of a South Florida police station, where Washington’s character, a worried mother, and her estranged husband, an FBI agent (Steven Pasquale), await news of their missing 18-year-old son, Jamal. Recent discussions of race and policing have given the movie a new life on Netflix, though Washington says little has shifted between the play’s 2018 Broadway premiere and now.

“As a Black woman, things haven’t changed,” she says. “What changes is the awareness for other groups and what that experience can look like and feel like. That’s one of the reasons I was so drawn to the material. It felt like a way for people other than Black mothers to understand a little bit about the unique experience of what it means to raise a Black child.

“That awakening we got to live through and witness with audiences eight times a week at the Booth Theatre has now been embodied in the zeitgeist. But that revelatory awakening to the experience of Black parenthood is something I’ve been living with for two years now [with ‘American Son’].”

Washington maintains that after “Scandal” ended its seven-season run in 2018, her goal was to “take a nap.” Or be a full-time parent. Or travel more. Or become a full-time organizer and activist. But she realizes that those dreams (the occasional nap notwithstanding) aren’t likely in the cards any time soon.

“I’ll fantasize about doing other things, but I’m so drawn in by narratives that I think reveal new truths about the human experience and, in particular, humans who happen to be women and women of color,” she says. Visibility of a community is important. And right when I want to quit and go off and do other things, I’ll read something like ‘American Son’ or ‘Little Fires’ that pulls me back in, and I think, ‘Oh, I have to be a part of this.’”

Why Coronavirus Conspiracy Theories Flourish. And Why It Matters.

Michelle Obama Is Reading Books to Children Stuck at Home