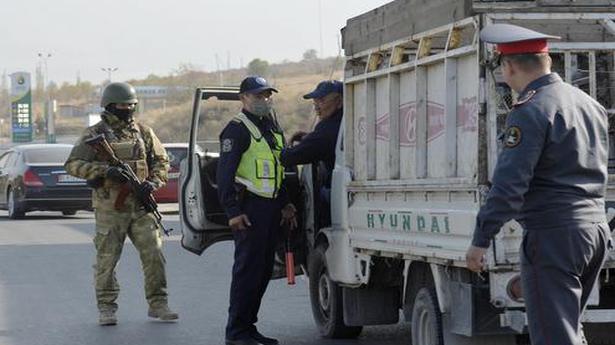 The confusion reflected the chaos that has engulfed the country after a disputed Parliamentary election triggered mass protests.

Kyrgyzstan’s President Sooronbai Jeenbekov on Monday ordered a new, week-long state of emergency in the country’s capital after Parliament failed to consider and approve his previous order within the legally required three days.

The confusion reflected the chaos that has engulfed the country after a disputed Parliamentary election triggered mass protests.

According to the office of President Sooronbai Jeenbekov, the state of emergency in Bishkek is to last from 8 p.m. Monday to 7 a.m. on Oct. 19 and implies a curfew, a ban on rallies and other public events, and travel restrictions. The new decree also reiterates the order to deploy troops to the capital to enforce the measure.

Mr. Jeenbekov’s previous decree declaring a state of emergency in Bishkek was signed Friday, when a protest in the city turned violent and gunshots were fired at several political leaders. It became void Monday, as lawmakers didn’t consider it within three days.

Kyrgyzstan, a country of 6.5 million located on the border with China, plunged into chaos last week after mass protests erupted the day after a parliamentary election appeared to show parties connected to the ruling elite winning. Protesters stormed and seized government buildings, looting some offices, and the Central Election Commission responded by nullifying Sunday’s balloting.

Members of some opposition parties announced plans to oust Mr. Jeenbekov and form a new government. An emergency Parliament session on Oct. 6 named former lawmaker Sadyr Zhaparov as a new prime minister, but the move was immediately contested by other opposition groups.

Lawmakers voted on Saturday to seal Mr. Zhaparov’s appointment, but Mr. Jeenbekov, who said he may consider stepping down only after the political situation in the country stabilizes, is yet to sign a decree confirming it.

Protests in Bishkek continued most of last week, with supporters of rival factions occasionally clashing with each other.

Jeenbekov declared a nearly two-week state of emergency in Bishkek on Friday and ordered the military to send troops to the capital in a bid to end the turmoil. Convoys of military trucks were seen driving into the city, but it wasn’t immediately clear whether police and the military would comply with the Presidential order.

A curfew in Bishkek was announced on Saturday and amended Monday, following Mr. Jeenbekov’s new decree, to last from 10 p.m. to 5 a.m.

Brent crude will need to work through oversupply issues despite the OPEC+ output cut, says analyst

‘Ugly Even for Him’: Trump’s Media Allies Recoil at His Smear of MSNBC Host

What do scientists think of the PM’s Covid-19 plan? 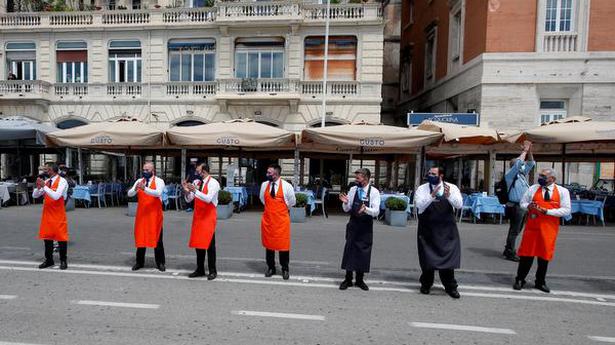