When Mary Laws set out to create “Monsterland,” her new socially conscious horror anthology series on Hulu, she drew inspiration from the concise, unnerving fables of the British playwright Caryl Churchill.

“She knows how to tell a scary story,” said Laws, who has a playwriting background. “She refuses to give the audience a break.”

But Laws also looked within.

“As a woman, part of why I’m interested in horror is that I’ve been put in horrific situations and have experienced something like real terror,” she said. “My womanness has led me into those action-packed two minutes of tense terror that you feel when you’re facing some kind of dreaded situation. That’s the way that I think horror has to work.”

Sam Raimi, an executive producer of “50 States of Fright,” said the best short-form horror is “designed like a great campfire tale.”

“It’s something you can really get goose bumps from in a brief amount of time,” said Raimi, known to horror fans as the director of the “Evil Dead” movies. “I like the precision that it takes for a filmmaker to hold the audience in its grip.”

Anthologies come in a variety of forms. In horror there are episodic series, like HBO’s “Room 104”; seasonal anthologies like FX’s “American Horror Story” and films-within-a-feature film, like John Carpenter and Tobe Hooper’s “Body Bags” (1993). The stories often are tied together by a framing device or narrator, like the Crypt Keeper, the cackling puppet host of the “Tales From the Crypt” franchise.

For makers and watchers, the anthology — the storytelling equivalent of a box of chocolates — nicely squares with pandemic-era home viewing habits, like binge marathons.

“Over the last several months a lot of us have evaluated what we find scary, but also how we want to scare people,” said Greg Nicotero, the creator and showrunner of Shudder’s anthology series “Creepshow,” based on George A. Romero’s 1982 horror-comedy anthology film.

With little need for subplots, secondary characters or extensive character development, anthologies are snackable. When the real world gets overwhelming, 30 minutes with an evil doll named Talky Tina is a morsel-sized scare.

Some new anthologies take a fresh look at the format. Josh Ruben’s horror-comedy “Scare Me” stars Ruben and Aya Cash as two writers who try to outdo each other telling scary tales one night in a Catskills cabin. There are no films within the film. Instead, each story stays punchy as the actors, sound and score do the work.

Then there’s the streaming feature-film anthology. As Hulu did with its “Into the Dark” series, Amazon’s “Welcome to the Blumhouse” bundles four new “unsettling” movies, in this case by a diverse group of filmmakers. Four more films are to come next year.

“Instead of building a whole new campaign for eight individual films, we do one campaign,” said the producer Jason Blum. “It allows for efficient marketing, but it also lets the viewer know what they’re getting.”

It’s an approach reminiscent of the dark made-for-TV movie-of-the-week anthologies that were popular in the 1970s and ’80s. (Many of the films, like “The Longest Night,” about a girl trapped in a coffin, were shockingly macabre for broadcast television.) The difference is that in the streaming age, you won’t miss the film because you weren’t at home or forgot to set the VCR.

The horror anthology is in its third heyday, according to Amanda Reyes, the editor of “Are You in the House Alone?,” a history of made-for-TV movies. Starting in 1959, “The Twilight Zone,” Rod Serling’s groundbreaking series, “kicked off the idea of anthology as social commentary,” she said. In the ’80s, shows like “The Ray Bradbury Theater” and “Tales From the Darkside” reflected Reagan-era anxieties through old-fashioned monster stories. More recently, shows like “Black Mirror” and a reboot of “The Twilight Zone” use short-form fictions to reflect 21st-century traumas.

“Dealing with heady issues under the guise of genre helps you ingest them better,” Reyes said. “The anthology never allows you to get comfortable with what you’re watching. People like that.”

One of the most beloved anthologies among horror fans is a made-for-TV movie: Dan Curtis’s camp “Trilogy of Terror,” which aired in 1975 on NBC and starred Karen Black in several outré roles. The movie is renowned for its unhinged final story, “Amelia,” in which Black plays a woman viciously attacked by what she calls a “Zuni fetish doll.”

The director Rusty Cundieff said the figure so frightened him as a teenager that it inspired “KKK Comeuppance,” a story about dolls possessed by dead slaves, in his 1995 anthology film “Tales From the Hood.”

“It packs a lot in a small stretch, and it ratchets up as you go along,” he said of “Amelia.” “I was plenty scared.” (Note: “Tales From the Hood” is a rare horror anthology film from a Black director and mostly Black cast. And an all-new “Tales” collection is available on Amazon.)

There seems to be no fatigue for horror anthologies. Ryan Murphy recently announced that Season 10 of “American Horror Story” would start production this month. The second season of “Creepshow” is set for Shudder in 2021. And “Tales of the Uncanny,” a new documentary about horror anthologies, will premiere virtually on Halloween at Abertoir, a horror film festival.

It sounds counterintuitive, but the sign of a successful anthology is one that you can’t wait to end. The trick to getting that right is to scare more with less, said Kjetil Indregard, the co-creator of “Bloodride,” a Norwegian horror anthology series on Netflix.

“It’s good to get quickly in and out,” he said. “Just like you don’t want a roller coaster that lasts 90 minutes, if you have a three-hour horror film packed with jump scares, you get bored with jumping.” 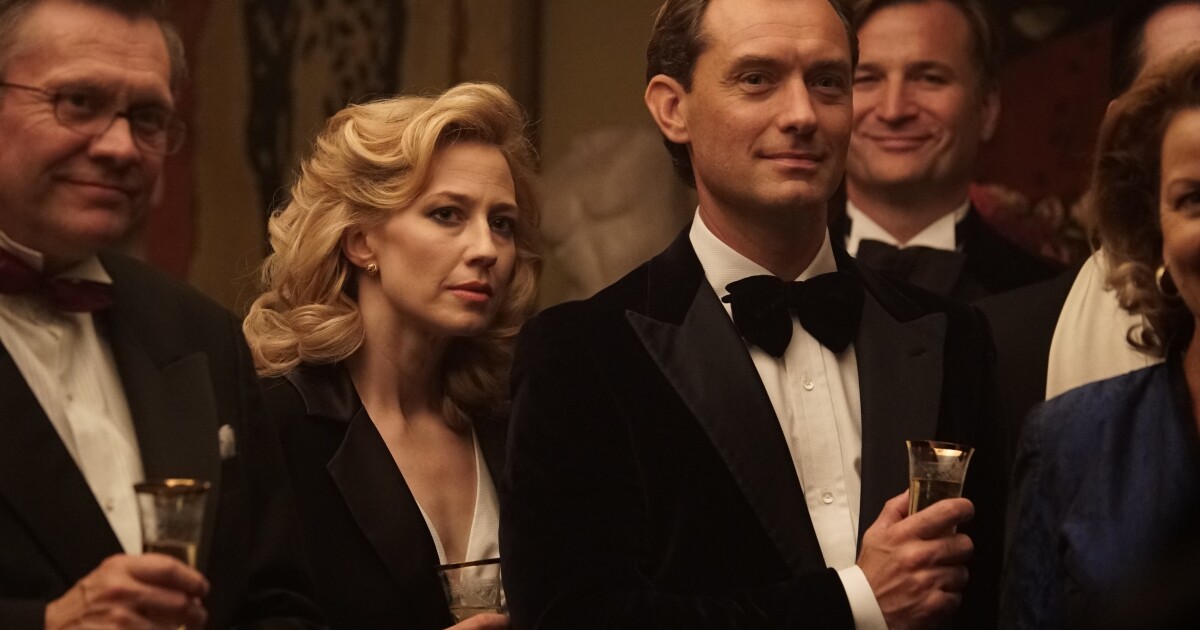 Review: In ‘The Nest,’ Jude Law and Carrie Coon give us an unnerving anatomy of a marriage

‘Monogamy,’ by Sue Miller: An Excerpt

Khuda Haafiz, Phineas and Ferb, and More on Disney+ Hotstar in August