Mehbooba Mufti was finally set free on Tuesday night by the Jammu and Kashmir administration, after 14 months of preventive detention. The release came 48 hours before Supreme Court was to hear Iltija Mufti’s plea.

Supreme Court during the hearing of the case had recently observed that detention cannot be for forever and “some via media” should be explored. Iltija Mufti, in her plea, had stated that the dossier for detention are “stale, vague and that they suffer from non-application of mind, malice in law and that they violate the provisions of Section 8(3)(b) of the PSA”.

After her release, Mehbooba Mufti released an audio message in which she has said she will fight to bring back Article 370. In the message, Mehbooba Mufti has said, “I have been released after being in detention for more than a year. The black decision on that black day was weighing on my mind. And I believe it would be the same situation for people across J&K. Most people will not forget the humiliation brought by this government. This is an illegal decision but people of J&K will fight unanimously for the reversal of this decision and for settlement of the issue which has consumed thousands of lives. This is not going to be easy. I believe that I have now been released and others in illegal detention should also be released.”

Iltija Mufti while speaking to India Today TV said she heaved a sigh of relief with the announcement. “I feel a sense of relief as her detention was illegal in what is the world’s largest democracy. As a daughter and as a Kashmiri, as a political leader would feel, Kashmir has been turned into an open-air prison since August 2019. The entire political leadership irrespective of ideology should fight for special status, which we were robbed of.”

Former CM and archrival Omar Abdullah also welcomed the decision. “I’m pleased to hear that Mehbooba Mufti Sahiba has been released after more than a year in detention. Her continued detention was a travesty & was against the basic tenets of democracy. Welcome out Mehbooba,” he said.

Mehbooba Mufti is the only mainstream political leader to face detention under Public Safety Act for over a year. PDP has confirmed that she would be addressing her first press conference on Friday.

Meanwhile, an official in North Block said that the decision regarding Mehbooba Mufti’s release was to be taken by the top brass in MHA but since the Home Minister Amit Shah was indisposed with Covid-19, the decision was delayed.

Another official said, “All mainstream leaders were released. There was no reason left to keep her detained.”

Mehbooba Mufti, along with other political leaders of J&K were detained on the eve of the abrogation of J&K’s special status on August 5, 2019. Mufti had been in house arrest since April 2020. Initially, Mufti was lodged at a government facility, then Cheshma Shahi guest house and then another government guest house at MA Link Road. Her house was later declared a sub-jail.

The first assembly election since the bifurcation of J&K is in the pipeline, but there is some time left as the delimitation exercise is not complete yet and the election according to officials may be pushed to next year. The panchayat elections are also in the cards, which both NC and PDP had boycotted last year. 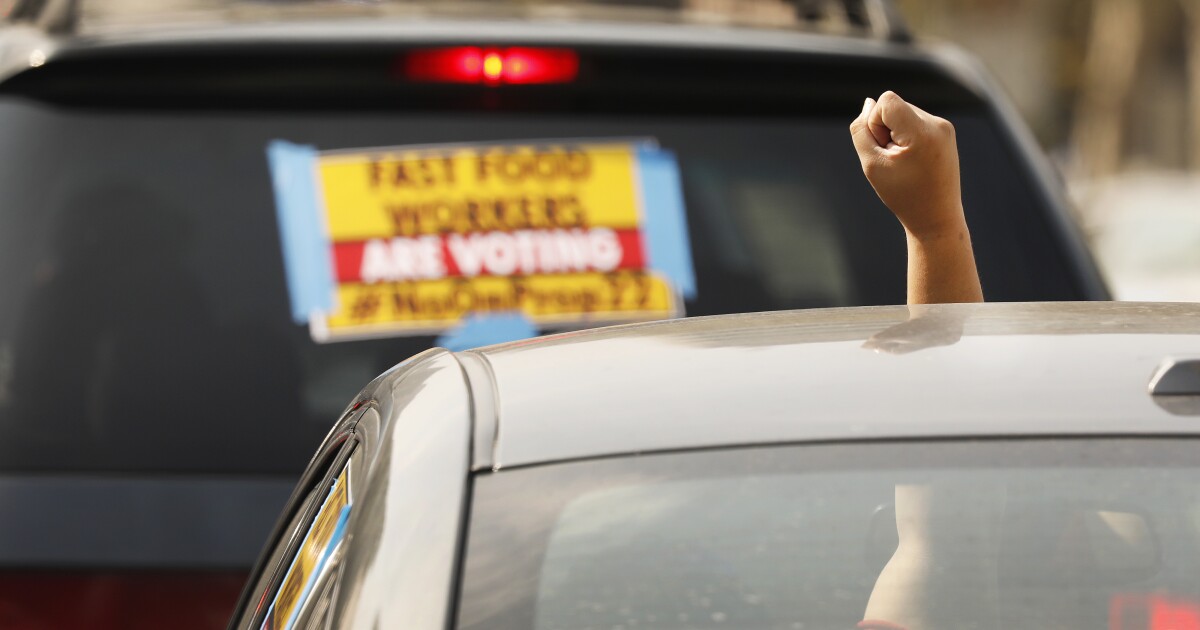 It’s no wonder hundreds of millions have been spent on Prop. 22. A lot is at stake

Shake Shack Says It Will Return Its $10 Million Stimulus Loan

The ‘Poisoned’ Shake Shack Milkshakes and an N.Y.P.D. on Edge