Nearly freezing and often an otherworldly shade of blue, glacial lakes form as glaciers melt and retreat. These lakes are a source of drinking and irrigation water for many communities. But they can turn deadly in an instant when the rocks that hold them in place shift and send torrents of water coursing downstream.

Now, researchers have compiled the first global database of glacial lakes and found that they increased in volume by nearly 50 percent over the last few decades. That growth, largely fueled by climate change, means that such floods will likely strike more frequently in the future, the team concluded in a paper published Monday in Nature Climate Change.

Dan Shugar, a geomorphologist at the University of Calgary, and his colleagues did not set out to take a global census of glacial lakes. They had originally planned to focus on only a few dozen concentrated in the Himalayas and neighboring mountain ranges in East and South Asia. But when the team finished writing computer programs to automatically identify and outline water in satellite images, they realized they could easily expand their study to include most of the world’s glacial lakes.

“It wasn’t that much of a bigger leap,” Dr. Shugar said.

The researchers collected more than 250,000 Landsat images of the Earth’s surface and fed that satellite imagery into Google Earth Engine, a platform for analyzing large Earth science data sets, to assemble the most complete glacial lake inventory to date.

This study demonstrates cloud computing’s capabilities, said David Rounce, a glaciologist at Carnegie Mellon University who was not involved in the research. “Being able to churn through over 200,000 images is really remarkable.”

The global coverage also makes it possible to pick out large-scale patterns and regional differences that other studies might miss, said Kristen Cook, a geologist at the GFZ German Research Centre for Geosciences, who also was not part of the research team.

Dr. Shugar and his collaborators measured how the number and size of glacial lakes evolved from 1990 through 2018. The team found that the number of lakes increased to over 14,300 from roughly 9,400, an uptick of more than 50 percent. The volume of water in the lakes also tended to swell over time, with an increase of about 50 percent.

Lakes at high latitudes exhibited the fastest growth, the researchers found. That makes sense, Dr. Shugar and his colleagues proposed, because climate change is warming the Arctic faster than other parts of the world.

All this growth is troubling, Dr. Shugar and his research team members suggest, because glacial lakes, by their very nature, can pose significant danger to downstream communities.

Some glacial lakes sit in bowl-shaped depressions bordered by glacial moraine, the often unstable rocky rubble left behind by a retreating glacier. When moraine collapses, glacial lake water can course downslope in an outburst flood.

These events, which have occurred from Nepal to Peru to Iceland, can be devastating. “They are a very real threat in many parts of the world,” Dr. Shugar said.

Some countries have made significant investments to mitigate the risk of such floods. In 2016, Nepalese officials lowered the water level in Imja Lake, a glacial lake near Mt. Everest, by more than 11 feet.

This global census can help identify other lakes in need of monitoring or remediation, Dr. Shugar said. “We hope that it allows governments to see where the hot spots might be for glacial lakes growing in the future.” 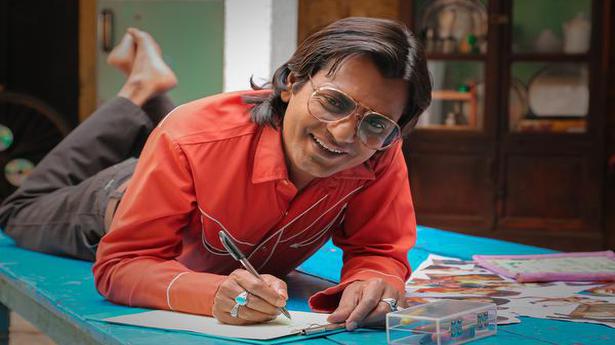 Covid: Pubs in Wales to close at 10pm from Thursday

Can Operation Warp Speed deliver a COVID-19 vaccine by the end of the year?

Wayétu Moore Escapes a Civil War in Liberia. In America, She Encounters a New Kind of Danger.