How are you analysing the investing environment right now after the very sharp rally? Some sentiment impetus is coming for midcaps also. How are you looking at the largecap stocks as well as the broader market in terms of valuations?
We have held this view since March that because of Covid and its after effect on the economy, on fiscal deficit and overall, the market valuations are much ahead of the fundamentals. We have seen from the basic data that the earnings have not been able to catch up and they will take time for a full recovery which may only come in FY23. Right now, all those points are not factored in and more or less, the market is riding the momentum which is set in the US and other markets and liquidity is certainly helping to cover up the gap in terms of the fundamentals. So a lot of hope in the prices and there is obviously opportunity in bottom up stocks in certain themes or sectors. These are more durable bets. For example, tractors and two- wheelers, which are more rural facing in the auto sector are better placed. So we like Escorts and Mahindra there.

Similarly telecom seems to be coming out of a long price war and should have a good amount of tariff improvement plus court cases getting over also helps the industry. We continue to like Bharti and Sterlite Technologies there. Sterlite Tech should benefit from the resumption in telecom capex and stabilising global fibre prices. The IT sector has turned fantastic and we are now seeing some kind of guidance improvement which is quite a positive surprise. There we like HCL Tech, Infosys, Tech M and some other names.

Private banks clearly are taking market share while there are headwinds but they are well positioned in terms of capturing markets from NBFCs and state owned banks and also augmenting capital which is very important at this stage in the industry. Axis, ICICI and IndusInd are our picks and we think they would do quite well in the middle of the current situation in the banks.

There are pockets where there is not so much froth and there is opportunity or less amount of cyclicality. Similarly, among smallcaps and midcaps, there are some names which should do well. We like Phillips Carbon Black which is a smallcap but has done extremely well the first quarter FY21 and should do better going forward as well. Similarly, Dalmia Bharat Cement has done extremely well. So there are good opportunities available in the small and midcaps also but I would not be generally convinced with the rally in the market and still expect at some point of time, a profit taking or a major correction to take place.

How are you looking at the pocket that has been hit the hardest by Covid and which includes, hotel, QSR and aviation stocks?
Some of these sectors you have mentioned we do not cover but what I would say is that QSR companies like Jubilant or McDonald should do well because they have very strong ordering system on the digital platforms. I think they are getting more and more digital based orders and that helps them on the cost side. They also have an established delivery model and they are further strengthening it and so these companies will gain. Also they are gaining from the systematic structural fall of the unorganised sector. Obviously people are choosing the organised or branded players like a Jubilant or a McDonald’s to order food because they care about the hygiene aspect. So, these are the names that should benefit logically.

I have seen companies like Starbucks now doing a fairly decent amount of delivery at a pretty good distance. So more names will come up out here as things change over the next 6 to 12 months. Apart from this, we feel that there is still a pretty good opportunity in the multiplexes because this is one habit which will not change as we go forward. As we open up, people would go back to theatres. Now that the cost structure has been brought down, the breakeven levels of these cinema exhibition companies will also come down. The concern would be over when the ad spend would resume and whether it would resume in the same way that it did previously. It is a very profitable segment of business for the multiplexes and that would be one thing that we need to watch out for. Otherwise both PVR and INOX should do well on reopening.

A survey done by Bank of America shows that in the US, about 200 fund managers believe that there is a recovery at play and 58% of the fund managers believe that a new bull market has started. What would be your thoughts on these two parameters?
Whether the new bull has started or not is too big a statement to make. I would not really take a bet on that. I would say that even after FY08-09, we saw a sharp recovery but not this sharp and that is actually a very surprising but we need not forget that a lot of it is because of the support that the Fed has given. The whole post Covid phase has not seen any major default or bankruptcy like we saw last time and that I think is holding up the sentiment of the people. Also because there is no interest rate, people are moving into whatever can give them returns.

So to that extent, on a classic fundamental investing basis, I fail to understand the kind of run up in the stocks that we have seen. In fact, to some extent, the runup in stocks in the US tech sector is reminiscent of 1999. I am not in that camp that says this is a new bull market. We have to see a lot more clarity on the global economy and out here, before we can really say that.

In my view, if we have the vaccine and if it is deployed properly, perhaps we can see that kind of situation in a couple of years when the overall economy will be in a full recovery phase and the earnings can bounce back and justify this kind of exuberance. The current exuberance is largely driven by liquidity, lack of options and the overall sentiment being very favourable for equities supported by the regulators like Fed.

Do you see eagerness to look at broader names now? Are there enquiries?
I have always found in my conversations with global fund managers that they like India not because they want to have India exposure but they like some of the companies, businesses and managements and this is across the board in many industries. You can see that in autos or paints or FMCG or retail or IT or pharmaceuticals.

So you take a sector and there are certain favourite names and that is because of the company’s ability to outperform or generate significantly better return ratios year after year and create a great franchise. Right now also, just this morning I was having a conversation with the company and a global client. There is a tremendous amount of appetite to invest in the primary and secondary market. If a company is good and has a billion dollar plus market cap, between $1-5 billion, there is a tremendous appetite. Of course, the largecaps are having their own space but this there is fantastic appetite in the $1-5 billion space from foreign clients if it fits their criteria.

Among midcap companies, are you finding names with potential for earnings to double in the next three to four years? Any companies which are around a billion dollar in market cap?
There are quite a few companies where this kind of possibility is there. I will try to give you names from our coverage. We recently initiated Escorts which is around $2 billion now. If you take the next three-four years, there is a fantastic growth opportunity for a company like Escorts. Similarly, the market cap of Sterlite Technologies has gone down but it is very exciting in terms of the growth prospects. Then there are companies like LIC Housing Finance. It is also around $2 billion now. They are not going to be so much affected by what is happening in terms of NPL or in terms of capital adequacy issues.

Then there are companies which we would not cover but in general I find a great deal of excitement in one of these names recently. Emami has done extremely well. There are these companies which are finding a good amount of interest. There is interest in pharma companies which are of a size of market cap such as Glenmark where there is a renewed interest after the first quarter result, which yielded a positive surprise. So there are quite a few companies which one can be confident of doing well over the next three-four years and may not have any direct impact of Covid. A Media Critic Focuses on the Crisis in Local News 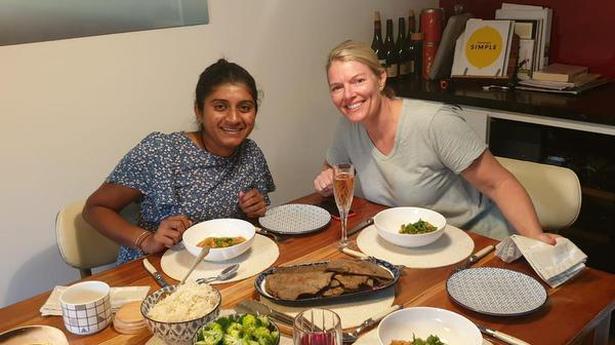 Tennis | Pranjala making the most of Australia sojourn 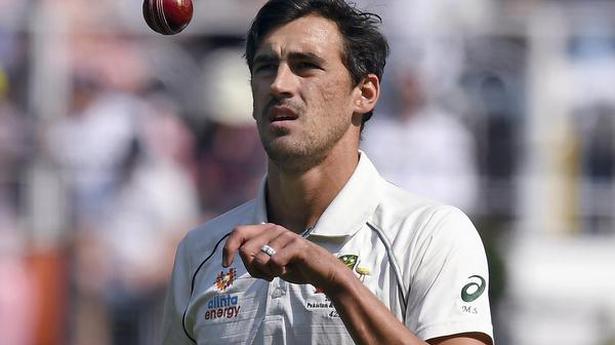