Forty days after being rescued by a shipping tanker in the Mediterranean and then being prevented from coming ashore by the Maltese authorities, a group of 27 migrants was finally to allowed to disembark in Italy over the weekend.

The migrants were transferred on Friday from the tanker, the Maersk Etienne, to a humanitarian vessel, which was then allowed to dock in the port of Pozzallo, Sicily, late Saturday.

The weekslong drama raised serious questions about the role of commercial vessels abiding by the laws of international waters in conducting emergency rescues and focused attention on Europe’s broken migration policies.

Rights groups and shipping experts have warned that the standoff between the ship and the local authorities could set a dangerous precedent and threaten lives by deterring commercial vessels in the Mediterranean from responding to boats in distress as required by law.

The resolution of the standoff came days after a major fire at the largest refugee camp in Europe, on the Greek island of Lesbos, displaced 12,000 people and drew calls to address the growing humanitarian crisis there.

“Welcome to Europe,” a man can be heard saying in the clip.

The saga began on Aug. 5, when the Maersk Etienne received a request by the Maltese authorities to respond to a nearby boat in distress and found 27 people — including a pregnant woman and at least one child — crowded aboard a rickety fishing boat. They were quickly brought aboard the tanker, but Malta then denied the tanker permission to dock.

And so the ship lingered in the Mediterranean, waiting for a resolution. As the weeks dragged on, the tanker’s supplies — intended for a crew of 21 — dwindled, conditions worsened onboard the vessel. Shipping experts warned that the situation threatened both the health of the ship’s crew and the rescued migrants.

The International Organization for Migration and the United Nations refugee agency, UNHCR, warned that the delayed disembarkation was a major escalation of recent life-threatening policies by Malta and Italy, which are both on the front lines of the Mediterranean route from North Africa to Europe.

“The Maersk Etienne fulfilled its responsibilities, but now finds itself in a diplomatic game of pass the parcel,” the agencies said in a statement released last week.

The migrants were transferred on Friday from the tanker to a dedicated humanitarian rescue vessel, the Mare Jonio, run by the aid group Mediterranea. According to the organization, a pregnant woman and her husband were immediately evacuated by the Italian coast guard and taken to a hospital after “her situation had worsened due to the extended time at sea.”

According to Mediterranea, all of the people who disembarked in Sicily tested negative for the coronavirus. The pandemic has increasingly been cited as part of the reason aid ships and commercial vessels with migrants on board have not been allowed to disembark passengers in ports in southern Europe.

The Italian branch of the U.N. refugee agency said in a statement on Sunday that its team was present when the ship docked in Pozzallo, and that the migrants came from Cameroon, Chad, Egypt, Eritrea, Libya and Sudan and included unaccompanied minors. It urged European Union nations to “abandon the current approach of adopting ad hoc agreements” for dealing with migrant rescues and “establish a clear, safe and structured disembarkation mechanism” that shares responsibility equally among member states.

“We express our appreciation to the Italian authorities for having welcomed these extremely vulnerable people,” Chiara Cardoletti, a UNHCR representative in Italy, said in the statement. “With this decision, Italy put an end to a humanitarian crisis that lasted five weeks, demonstrating once again its human face in compliance with the letter and spirit of international law.”

Tommy Thomassen, the chief technical officer of Maersk Tankers, said in a statement after the migrants were transferred to the humanitarian ship that the organization was “relieved and grateful.”

“The rescued persons can now finally get the medical care they need, and our crew can continue their voyage safely,” he said.

But he added that while the company appreciated the support from Mediterranea in helping to bring the standoff to an end, the company was “deeply concerned” about the lengthy delay. Home Is Where Her Story Was. Leaving Helped Her Find It.

Coronavirus in N.Y.C.: Why the Wealthy Get Quick Test Results 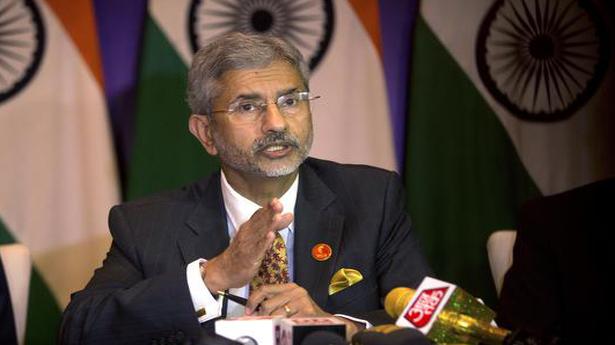