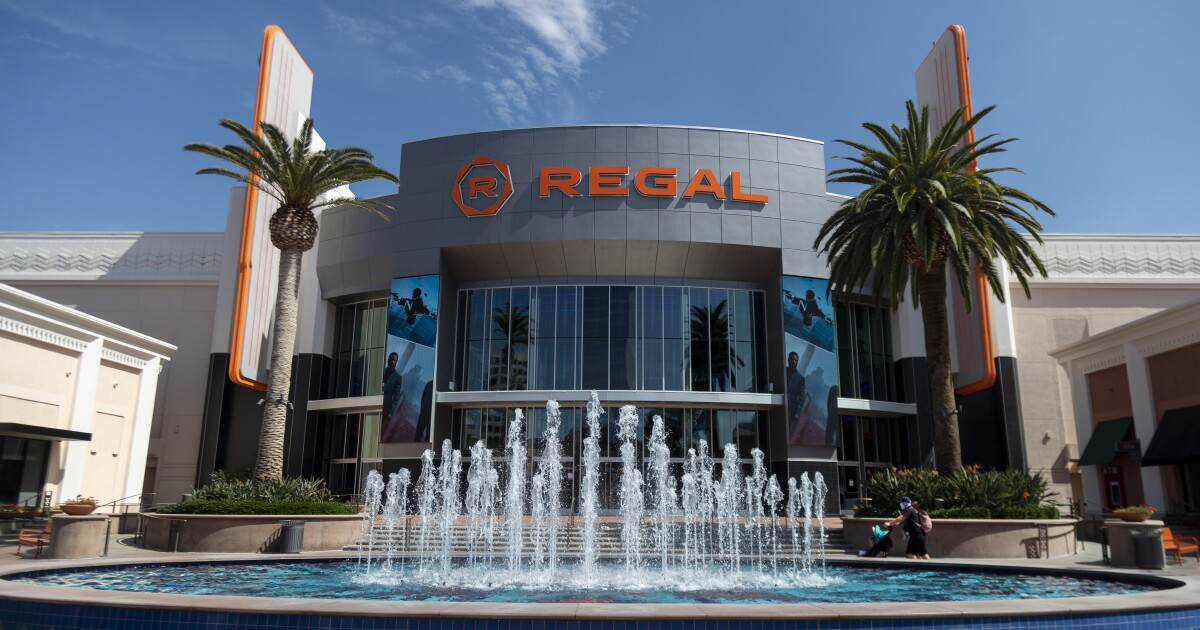 As the COVID-19 pandemic raged on this past summer, theater companies scrambled to prepare for the chance to reopen. They hammered out extensive cleaning protocols and hired back workers with hopes that movies would return to the big screen and that filmgoers would come back to see them.

They viewed promising box office results in other countries that have gotten a better handle on the virus — China and South Korea — as a sign that, if everything went according to plan, the industry would return triumphantly.

In the latest sign of the movie industry’s poor condition amid a lack of new films, Regal Cinemas parent company Cineworld dropped a bombshell over the weekend that the British exhibitor would temporarily close operations at all 536 of Regal’s U.S. theaters on Thursday. The decision puts 40,000 U.S. employees out of work.

“This is not a decision we made lightly, and we did everything in our power to support a safe and sustainable reopening in the U.S.,” said Cineworld CEO Mooky Greidinger in a Sunday statement. “We are especially grateful for and proud of the hard work our employees put in to adapt our theatres to the new protocols and cannot underscore enough how difficult this decision was.”

Leawood, Kan.-based AMC, the world’s largest theater circuit, has not said whether it also had plans to close again, after trying to get back in business since March. Plano, Texas-based Cinemark said it had no plans to shut down its circuit but would begin reducing hours and operating days at its theaters until there are more new movies to show.

The decision for Regal, the nation and world’s second-largest chain, is just the latest sign of how dire the situation is for multiplexes in the U.S.

The National Assn. of Theatre Owners last week sent a letter to congressional leaders calling for federal financial relief. Nearly 70% of small and midsized theater companies would have to declare bankruptcy or shutter for good without government support, the group said in the letter, signed by the Motion Picture Assn., the Directors Guild of America and dozens of prominent filmmakers.

“Movie theaters are at a crisis point,” the association’s president, John Fithian, said in a statement. “They have acted responsibly by closing down even before ordered to by states, and reopening with industry-wide safety protocols in place. Now they need the last few major markets — like New York — to open. They need major movies; and they need the Federal government to live up to its responsibilities and provide aid to theaters and similar industries that cannot fully operate during a pandemic.”

Cineworld’s decision came after Hollywood studios continued to delay their big films, which theaters need to survive. MGM, Eon Productions and Universal Pictures last week said they would push back the James Bond movie “No Time to Die” to April, abandoning the 007 film’s Nov. 20 post. Disney previously postponed its Marvel movie “Black Widow” to next year.

The sliding schedule leaves Pixar’s “Soul” and DreamWorks’ “The Croods: A New Age” as the next big films on the calendar, but their late-November spots could also be precarious.

Theaters have pleaded with studios to stick to their planned release dates anyway to little avail. Releasing a $200-million movie with major markets closed and a public nervous about going to theaters is too risky for most.

It’s easy to see why studios are skittish.

Across the country, just 56% of theaters are actually open, according to data firm Comscore. According to September research by NRG, about half of moviegoers aren’t ready to return, and about a third of the audience wants to wait until a coronavirus vaccine is available.

Nonetheless, Eric Wold, an analyst at B. Riley FBR who follows the exhibitors, said in a research note that studios should consider the long-term consequences of letting theaters flounder without new product.

“The studios have much firmer ground to stand on than the exhibitors and it is up to the studios to not completely abandon a major distribution window,” Wold wrote. “While we can understand the studios’ desire to hold releases until the release environment is perfect, we also believe studios must be willing to take a hit to feed the industry and keep the exhibitor group from completely falling apart.”

Theater owners, meanwhile, are trying to turn up the pressure on New York Gov. Andrew Cuomo to speed the reopening process, given the state’s relative success in mitigating the spread of the virus.

Greidinger put it bluntly: “Despite our work, positive feedback from our customers and the fact that there has been no evidence to date linking any COVID cases with cinemas, we have not been given a route to reopen in New York, although other indoor activities — like indoor dining, bowling and casinos were already allowed.”

Cuomo senior advisor Richard Azzopardi pushed back on the notion that New York was to blame for the theater industry’s struggles.

“We’re moving heaven and earth trying to stop a second wave and people need to acknowledge that we’re still in a pandemic and start to act like it,” Azzopardi said in a statement. “‎We understand some people are unhappy but you know what? Better unhappy than sick or worse.”

With studios holding back their movies amid the uncertainty, theaters will continue to look for ways to preserve cash, analysts said. Credit ratings agency S&P Global last week lowered its debt rating on AMC to CCC- from CCC, indicating that the heavily leveraged company would continue to struggle with attendance levels depressed.

AMC’s liquidity will continue to deteriorate over the next six months if attendance does not dramatically improve, the agency said.

Wold, in his note, expressed concern that continued film delays could do permanent damage to the theater industry. Studios have long relied on big bursts of revenue from premiering films in as many theaters as possible. During the pandemic, however, some have tampered with the theatrical “window” by experimenting with premium digital releases.

For most movies, though, studios are simply waiting until the business environment is safe, and that’s the obstacle theaters face.

“We have stressed for some time that the exhibition industry restart is out of the hands of the exhibitors,” he said. “But if the studios continue to push out the release window, there may not be anything around when they are ready.” 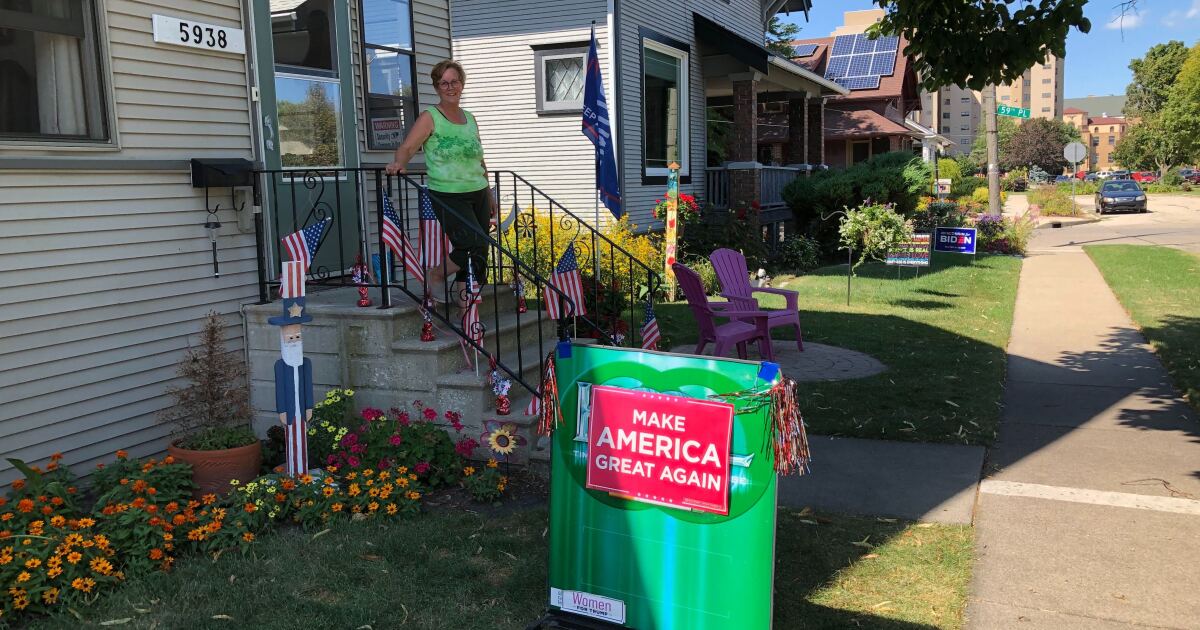 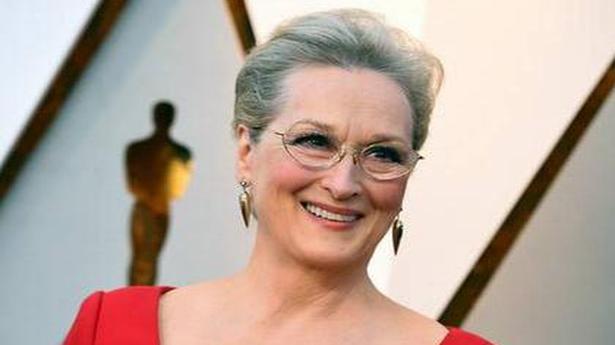 Anti-Asian tirades appear to be from the same woman

Georgia’s Stone Mountain Park Shutting Down Ahead Of Militia Rally

California colleges can reopen with a ton of restrictions, limited dorms, online classes