Acting Secretary of the Navy Thomas Modly submitted his resignation Tuesday after facing backlash for calling the ousted captain of a coronavirus-stricken aircraft carrier “stupid,” reported CNN and The Associated Press.
Modly faced public criticism and calls for his resignation by some lawmakers after he lambasted Capt. Brett Crozier on Monday for writing a letter to Navy leaders that was leaked to the media. In his letter, Crozier pleaded for swift and more comprehensive action to address the coronavirus outbreak on his ship, the USS Theodore Roosevelt.

Modly fired Crozier as commander of the ship last week, citing a loss of confidence in the captain’s judgment. Crozier received a standing ovation from his crew as he departed on Friday.

In a blistering address to the Roosevelt’s crew Monday morning, Modly bashed Crozier as “stupid” and “naive,” and dubbed his actions “a betrayal.”

Despite criticism for his harsh remarks, Modly said in a statement later Monday that he stood by “every word” of his address. But hours later, he reversed course and issued an apology, reportedly at the request of Defense Secretary Mark Esper, to the Navy, Crozier and the Roosevelt’s crew.

“I believe, precisely because he is not naive and stupid, that he sent his alarming email with the intention of getting it into the public domain in an effort to draw public attention to the situation on his ship,” Modly said in his apology Monday. “I apologize for any confusion this choice of words may have caused.”

Modly did not reinstate Crozier, however.

When asked about Modly’s criticism of Crozier, President Donald Trump told reporters Monday that he’s “going to get involved” and “see exactly what’s going on there.”

“You have two good people and they’re arguing, and I’m good ― believe it or not ― at settling arguments,” Trump said. “The letter shouldn’t have been sent. With all of that said, [Crozier’s] career prior to that was very good.”

“I don’t want to destroy someone for having a bad day,” he added.

Neither the White House nor the Pentagon immediately responded to HuffPost’s requests for comment.

Now is the best time to start a business

States reopen even as coronavirus deaths mount: Here is this week’s news recap and our best reads 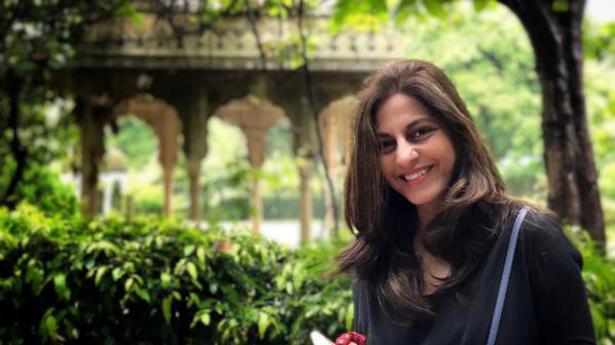 Juhi Chaturvedi: The girl from Lucknow

Escape With Me Into the Delirious World of 1940s Musicals