Trump insisted that he “gave up nothing” in his three face-to-face meetings with Kim.

North Korean leader Kim Jong Un deployed flattery and florid prose in the letters that forged his diplomatic courtship of Donald Trump, according to a new book on the US president.

The pair’s personal relationship has been a key driver of diplomacy between Washington and Pyongyang, veering from mutual insults and threats of war to a declaration of love from Trump.

“Rage” by Washington Post investigative journalist Bob Woodward unveils 25 letters the pair exchanged, in which Kim uses over-the-top wording as he fawns over Trump while they formed a most unusual friendship.

Addressing Trump as “Your Excellency”, Kim’s letters are filled with flattering language and personal comments, according to transcripts released by CNN.

“Even now I cannot forget that moment of history when I firmly held Your Excellency’s hand at the beautiful and sacred location as the whole world watched with great interest and hope to relive the honor of that day,” Kim wrote to Trump on Christmas Day, 2018, following their first meeting in Singapore.

It was the first ever encounter between a North Korean leader and a sitting US president and even after the collapse of their second summit in Hanoi, Kim described Singapore as “a moment of glory that remains a precious memory.”

“I also believe that the deep and special friendship between us will work as a magical force,” Kim added in a June 2019 missive.

Three weeks later the two held a short-notice meeting in the Demilitarized Zone that divides the peninsula.

Ahead of the encounter, Trump wrote to the North Korean leader — the third generation of his family to rule the isolated country — that they had shared “a unique style and a special friendship.”

“Only you and I, working together, can resolve the issues between our two countries and end nearly 70 years of hostility,” Trump wrote. “It will be historic!”

But little progress has been made on efforts to denuclearize North since the pair’s first summit in Singapore, and even US intelligence chiefs have warned Pyongyang is unlikely to ever surrender its nuclear weapons.

Trump — who showed Kim a video in Singapore that included images of condominium towers rising from the North Korean coast — likened Kim and his nuclear arsenal to a reluctant home seller.

“It’s really like, you know, somebody that’s in love with a house and they just can’t sell it,” Trump told him, according to the Washington Post.

He insisted that he “gave up nothing” in his three face-to-face meetings with Kim.

Negotiations between Pyongyang and Washington have been deadlocked since the Hanoi summit collapse in February last year.

But even with diplomacy at a standstill, Trump has frequently boasted of receiving “very beautiful” and “excellent” letters from Kim.

A few months after the Singapore meeting, Trump had told a rally of his supporters that the two men had fallen in love.

“No, really, he wrote me beautiful letters, and they’re great letters. We fell in love,” he said.

In the book, Woodward writes that the CIA never conclusively determined who wrote and crafted Kim’s letters, but the agency considered them “masterpieces”.

“The analysts marveled at the skill someone brought to finding the exact mixture of flattery while appealing to Trump’s sense of grandiosity and being center stage in history,” he wrote.

Buried in N.J.’s Budget Cuts: a Break for a Billionaire

Jon Stewart Eviscerates The ‘Worst Legacy’ Of ‘The Daily Show’

This is what top U.S. health officials say we should do differently for the next pandemic 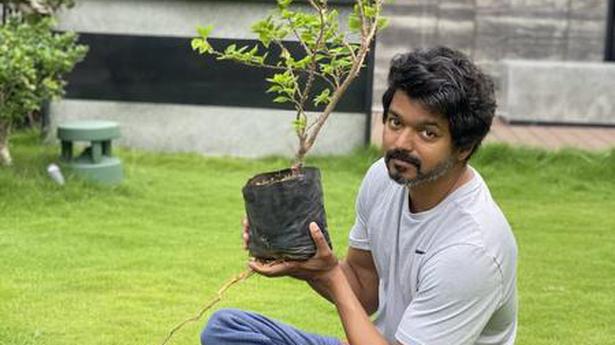