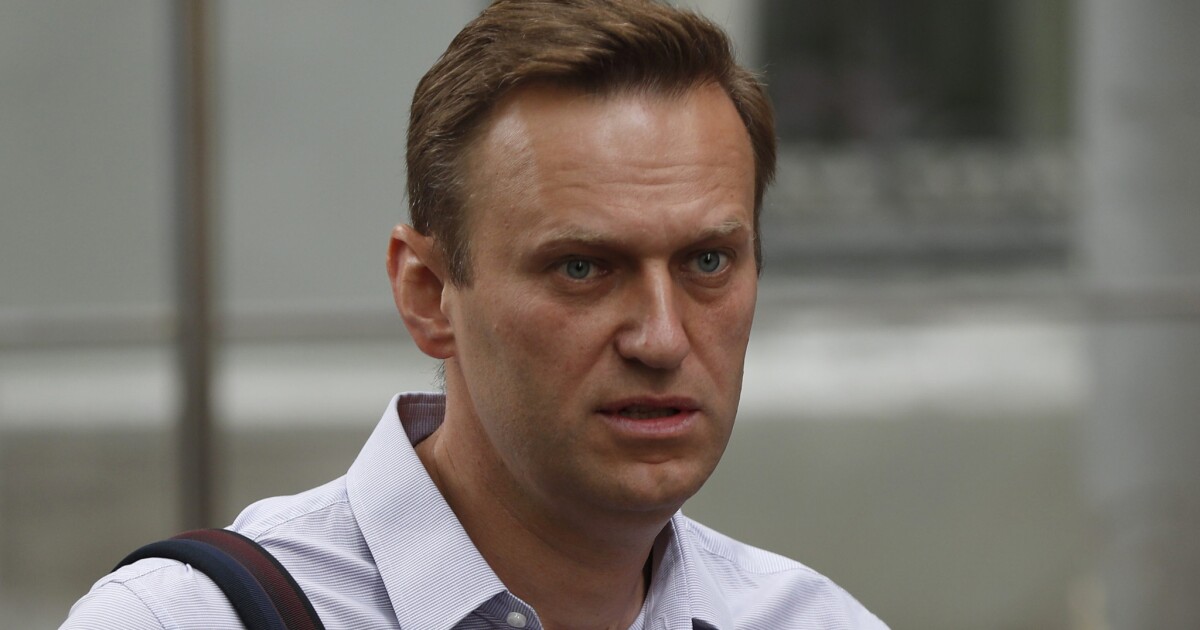 The Russian name, in translation, sounds innocuous, even jaunty: “newcomer,” “novice” or “new boy.” But the Soviet-developed family of advanced nerve agents collectively known as Novichok is among the deadliest substances ever created by humankind.

The German government on Wednesday announced “unequivocal” proof that hospitalized Russian anti-corruption crusader Alexei Navalny, who fell gravely ill Aug. 20 while aboard a domestic flight, was poisoned by a military-grade agent from the banned Novichok group.

Nearly two weeks after being stricken, Navalny, 44, remains in a medically induced coma, his condition described as stable. Amid an international outcry, he was brought to Berlin two days after his hospitalization in Siberia. Russian doctors who initially treated him denied any sign of poisoning, suggesting — ludicrously, critics said — a metabolic disorder such as low blood sugar.

The German government’s conclusion, based on toxicology tests conducted by a specialized military laboratory, heightened already intense suspicions that the Kremlin was behind the attack on one of President Vladimir Putin’s most prominent critics, because of Novichok’s state origins, distinct toxicological footprint and the difficulty of making it.

Armed with medical proof of the sophisticated nerve agent’s use, Germany demanded an explanation. Putin’s government, which has previously scoffed at the notion it played any role in Navalny’s collapse, responded with trademark nonchalance.

Novichok was last in the headlines in 2018, when it was identified as the poison used against turncoat Russian spy Sergei Skripal in an assassination attempt attributed to Russian intelligence agents. He and his daughter Yulia, who was visiting him at his home in the quiet English town of Salisbury at the time of the attack, nearly died, but both eventually recovered.

The substance’s extreme lethality was evident more than three months after the attack when a British man who was scavenging trash found what looked like a discarded perfume bottle and gave it to his companion, Dawn Sturgess. She died soon after. British authorities later concluded the counterfeit perfume container had been used by Skripal’s attackers to transport the nerve agent.

Here is a look back at how Novichok came into existence.

How was it developed?

This class of organophosphate nerve agents was the fruit of a Cold War-era effort by the then-Soviet Union to develop chemical weapons. Operating under the code name Foliant, the program created a number of Novichok variants, continuing into the early 1990s. Russian scientist Vil Mirzayanov, who disclosed the program’s existence before he defected to the West, wrote a 2008 book about secret Soviet-era chemical weapons experimentation. Now 85 and living in the United States, he has freely voiced his suspicions about Novichok’s continuing use.

Russia has said the development of Novichok was halted by 1992, a year after the breakup of the Soviet Union. In 1997, Moscow joined the Chemical Weapons Convention, which last year put Novichok on its list of controlled substances, in effect banning it.

What are its effects on humans?

They are agonizing, by all accounts. Novichok is part of a class of cholinesterase inhibitors, which prevent nerves from giving “messages” to muscles, triggering a cascade of collapse of bodily functions. Early signs of exposure include constricted pupils and ringing ears, followed by convulsions, vomiting and difficulty breathing as the lungs fill with fluid. It can be treated with antidotes including atropine, which impede its course but cannot fully counter the effects.

Several Novichok variants are far more toxic and powerful than the deadly VX nerve agent, which was believed to have been used by the North Korean government in 2017 to kill the half-brother of North Korean dictator Kim Jong Un.

Soviet scientists got a grisly glimpse of the effects when one of Novichok’s developers, Andrei Zheleznyakov, was accidentally exposed to residue in a laboratory mishap in 1987. He survived, but suffered debilitating ailments that were thought to have directly contributed to his death five years later. “It’s got me,” he was said to have told lab colleagues at the time.

What do Navalny’s allies say?

At the time he was stricken, Navalny’s associates were quick to label his sudden illness a poisoning, voicing explicit public suspicions that Putin was behind the episode. Together with the dissident’s wife, they lobbied to have him flown to Germany for treatment, denouncing the delay as not only endangering his life, but an attempt to cover up the cause.

On Wednesday, after the German announcement, a member of Navalny’s team, strategist Leonid Volkov, sardonically likened the use of Novichok to a signed calling card left at the scene by the Russian leader, tweeting an image of a signature.

Novichok’s use is suspected in several domestic assassinations in Russia. In Navalny’s case, associates say use of a substance so strongly associated with the state security services points to a brazen show of intimidation, rather than an attempt at stealth and secrecy.

What’s been the international reaction?

Germany expressed outrage, and hopes to marshal allies’ support. At a news conference Wednesday, Chancellor Angela Merkel described Navalny as the victim of a crime.

“He was meant to be silenced,” she said of the dissident. “This raises very difficult questions that only the Russian government can answer — and must answer.”

As in previous such episodes, Moscow displayed elaborate bewilderment. The Tass news agency quoted Kremlin spokesman Dmitry Peskov as saying that “information has not been relayed to us” about the scientists’ findings. Germany said it would formally convey the details via Russia’s embassy in Berlin.

The president of the European Commission, Ursula von der Leyen of Germany, said the attack was a “despicable and cowardly act” whose perpetrators “need to be brought to justice.” In Britain, where there is still widespread outrage over the Skripal attack on its soil, Prime Minister Boris Johnson called the use of the toxin against Navalny “outrageous.”

The White House called the episode “reprehensible,” but President Trump himself has been notably silent about the Navalny affair. Under his administration, U.S.-German relations are cool, and it was unclear whether the United States would join in any diplomatic reprisals, as it did after the Skripal poisoning.

Merkel is also at odds with the Trump administration over her support for Nord Stream 2, a pipeline project to bring natural gas from Russia to Germany. So much for shaking hands and kissing babies: How COVID-19 is reshaping L.A. campaigns