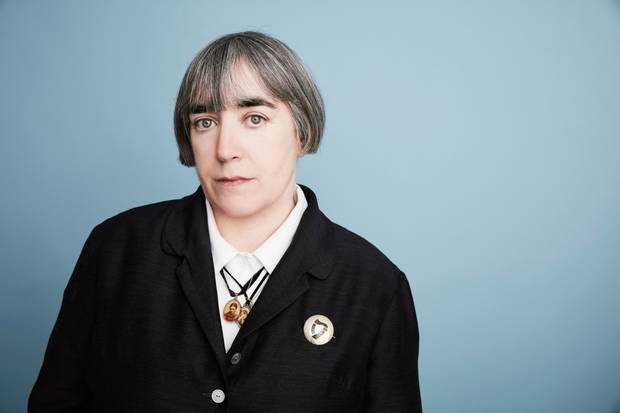 Academy Award Winning actor Anthony Hopkins (Silence of the Lambs, The Two Popes ) and Johnny Flynn (Beast, Emma) are attached to star  in One Life, the emotionally charged drama based on the incredible true story of humanitarian Sir Nicholas George Winton, it was announced today by production company See-Saw Films’ managing directors Iain Canning and Emile Sherman. Canning, Sherman (Lion, The King’s Speech) and Joanna Laurie are producing the feature film with Aisling Walsh (Maudie, Elizabeth is Missing) set to direct. The film will be executive produced by Rose Garnett for BBC Films, and See-Saw’s COO of Film, Simon Gillis. BBC Films developed the film with See-Saw.

Lucinda Coxon (The Danish Girl, The Little Stranger) and Nick Drake (Romulus, My Father) have co -written the screenplay based on the extraordinary true story of Nicholas ‘Nicky’ Winton who, when just 29 years old championed the rescue of refugee children out of Czechoslovakia, under threat from Hitler’s death camps, to the safety of British foster families. Battling public apathy, political hostility and bureaucratic obstruction he succeeds in rescuing 669 children before war breaks out, the borders are closed and the mission is abruptly over. Half a century later, Nicky has a surprise reunion with the now grown children whose lives he saved in a powerful and emotional moment captured on TV as part of the award-winning BBC TV show ‘That’s Life’. Hopkins and Flynn will both play the role of Winton at different stages of his extraordinary life.

Iain Canning and Emile Sherman said, ‘Despite never wanting any attention for his altruistic act, Nicky’s story and the story of those he saved must be told. To be a part of sharing this moment in history with the world is an extraordinary privilege. Anthony and Johnny are without a doubt the right people to bring Lucinda and Nick’s beautifully crafted screenplay about this amazing man to life’.

Anthony Hopkins (Sir) – received an Academy Award® for his performance in Silence of the Lambs (1991) as well as Oscar® nominations for his roles in The Remains of the Day (1993), Nixon (1995) and Amistad (1998).  He was also honored with the Best Actor Award by the British Academy of Film & Television Arts for The Remains of the Day and has received two Emmy® Awards for ‘The Lindbergh Kidnapping Case’ (1976) in which he portrayed Bruno Hauptmann, and ‘The Bunker’ (1981) in which he portrayed Adolph Hitler.  Ranked as the No.1 film villain by the American Film Institute, Hopkins reprised his Oscar®-winning portrayal of “Dr. Hannibal Lecter” from the critically acclaimed box-office smash, Silence of the Lambs, in a hit prequel Red Dragon and a blockbuster sequel Hannibal.

In his nearly 50-year career, Hopkins has starred in such films as Hitchcock, Wolfman, The Rite, Red 2, The Mask of Zorro, Meet Joe Black, Howard’s End, Fracture, Legends of the Fall, The Road to Wellville, The Edge, Shadowlands, Bram Stoker’s Dracula, 84 Charing Cross, The Elephant Man, The Bounty, and narrated the popular holiday film classic, Dr. Seuss’s How the Grinch Stole Christmas.  The prolific and popular actor has also starred as the Greek god Odin in the film adaptations of Marvel Comic’s Thor, as well as Marvels Thor: The Dark World, and Thor: Ragnarock, Methuselah in Darren Aronofsky’s Noah, The BBC’s The Dresser and King Lear, Michael Bay’s Transformers: The Last Knight, HBO’s ‘Westworld,’ Netflix’ The Two Popes, Florian Zeller’s The Father, and Stella Hopkins’ Elyse.

Johnny Flynn is a British musician and actor who most recently played Mr. Knightley in Autumn de Wilde’s adaptation of Jane Austen’s Emma alongside Anya Taylor-Joy, Bill Nighy and Josh O’Connor. Flynn’s varied career across Film, Television and Theatre includes playing opposite Jesse Buckley in Michael Pearce’s BAFTA-winning thriller Beast; Albert Einstein in National Geographic’s ‘Genius’; William Dobbin in the ITV and Amazon Studios television serial adaptation of Vanity Fair. His upcoming projects include Stardust in which he plays a young David Bowie; See-Saw Films’ WWII drama Operation Mincemeat; heist musical The Score featuring Johnny’s songs; Simon Stone’s The Dig for Netflix and Adrian Shergold’s noir thriller Cordelia alongside Antonia Campbell-Hughes releasing in the UK on 23rd October 2020. He has been cast as Dickie Greenleaf in Showtime‘s new TV series of ‘Ripley’ with Andrew Scott. Johnny’s band has released a number of Albums and he regularly composes music for TV, Film and Theatre.

Aisling Walsh is a highly accomplished BAFTA and IFTA-winning director, whose most recent work, Elizabeth is Missing for the BBC received widespread acclaim, with Glenda Jackson winning a BAFTA for her performance. Prior to this, Aisling directed the critically praised feature film, Maudie, starring Sally Hawkins and Ethan Hawke. The film premiered at Telluride and screened at TIFF, Calgary, Vancouver, where it won the Audience Award, and received a Gala Presentation at Berlin. The film subsequently one won 7 Canadian Screen Awards, with Sally Hawkins named Best Actress by The National Society of Film Critics. Earlier films include the award-winning Song for a Raggy Boy. Aisling has also directed many prestigious TV dramas, frequently for the BBC, including ‘Room at the Top’ which won the BAFTA for best mini-series; ‘An Inspector Calls’; ‘A Poet in New York’ and an acclaimed episode of  ‘Wallander’, which garnered Kenneth Branagh a BAFTA for best actor.

How Denmark reopened its primary schools

Study of NHS staff to understand who catches virus