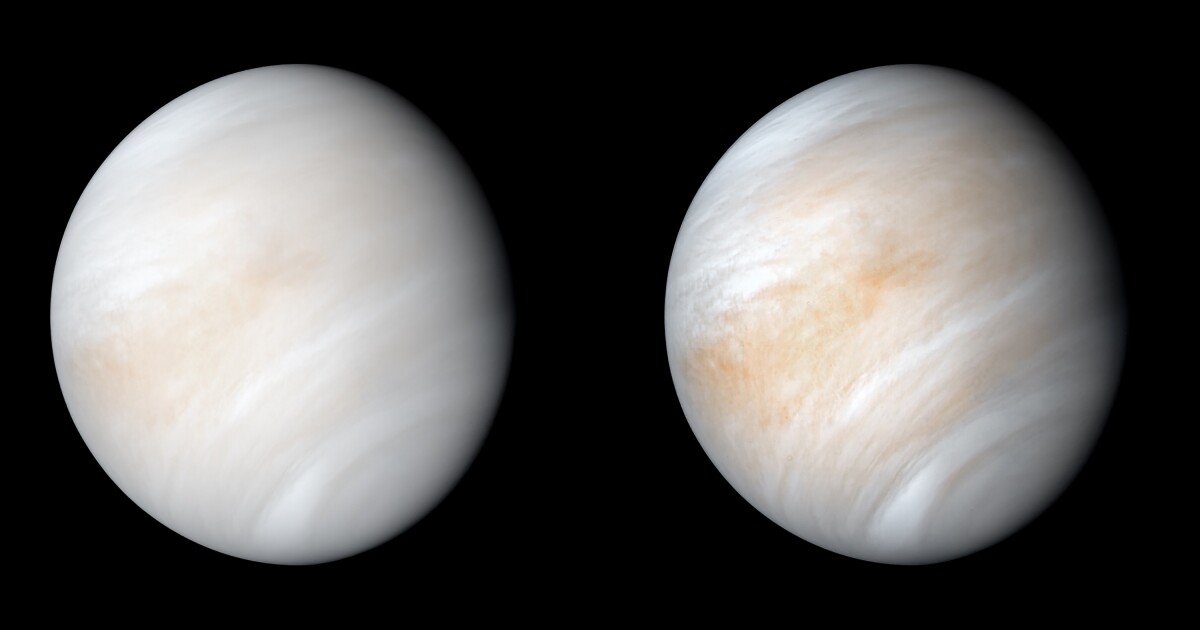 Hazy and noxious clouds obscure the hot land below. Here in Utah, as I write, distant wildfires have turned the sky a monochromatic opal. In a time of unrest, plague and rising fear of science, joy is hard to find. Consolation, if it comes, is the sweet call of a bird, a favorite, a northern flicker above maple-red woods.

And when it’s clear, Venus, in the morning sky like a gem.

I’ve been thinking about the hazy, noxious clouds on Venus for the past few days because in its hellish sky there’s something called phosphine. Phosphine stinks. But its discovery lifted my heart.

Life is resilient. Recently, scientists revived 100-million-year-old microbes from deep ocean sediments. Another study suggests that a strange critter called Lystrosaurus — a survivor of the greatest mass extinction in Earth history, the Permian — was the first to adapt to cold by hibernating. Extinctions pound the biosphere — like, right now — and life comes back, filling empty spaces like birdsong in quiet air.

Astronomers look hungrily to Mars for evidence of life from its more clement past, and oceans — water — lurk under the ice of Jovian and Saturnian moons. Even Pluto — Pluto! — shows evidence of a subsurface ocean. Venus, not so much. Its Dantean surface broils at 900 degrees. Its atmospheric pressure is more than 90 times that of Earth. Wreathed in corrosive sulfuric acid, Venus is not the swampy jungle sci-fi writers once imagined.

But the lofty regions above the Venusian surface are another story. Planetary scientists, including Carl Sagan, have long suggested that microbial life might persist there, in the less-pressurized, cooler atmosphere (where temperatures can range from 30 to 200 degrees). And indeed, last week an international research team announced that it had found the signature of phosphine in the clouds of Venus. So far as we know, phosphine can only be created artificially or by life itself. Not all microbes need oxygen, and those on Earth that don’t — well, they produce phosphine.

In media reports, one of the scientists, MIT’s Clara Sousa-Silva cautioned, “On Earth, some microbes can cope with up to about 5% of acid in their environment, but the clouds of Venus are almost entirely made of acid.”

Her fellow researcher, Janusz Petkowski, was a little more sanguine: “We really went through all possible pathways that could produce phosphine on a rocky planet. If this is not life, then our understanding of rocky planets is severely lacking.”

The team’s study is careful and compelling — and just a start. More observations, and missions to Venus, are needed to understand the phosphine detection. If Venusian phosphine doesn’t signify life, then scientists will unravel new processes that produce the gas.

And if the Venusian phosphine is what we hope it is — well, that’s a spark of joy in a hellish sky.

It means that life arose more than once in our backwater solar system. It means that life is common, and its tenacity is cosmic. For me, that puts our struggles in a grand context. Not by way of diminishing the hard work of problem-solving that faces us. Rather, the possibility that swaths of airborne microbes are going about their business in the skies above Venus reminds me that life finds a way. We can find our way too.

And when our time is up — later rather than sooner, if we get our act together — life, microscopic or intelligent, will have claimed other skies on other worlds.

Christopher Cokinos is co-editor of the anthology “Beyond Earth’s Edge: The Poetry of Spaceflight.” 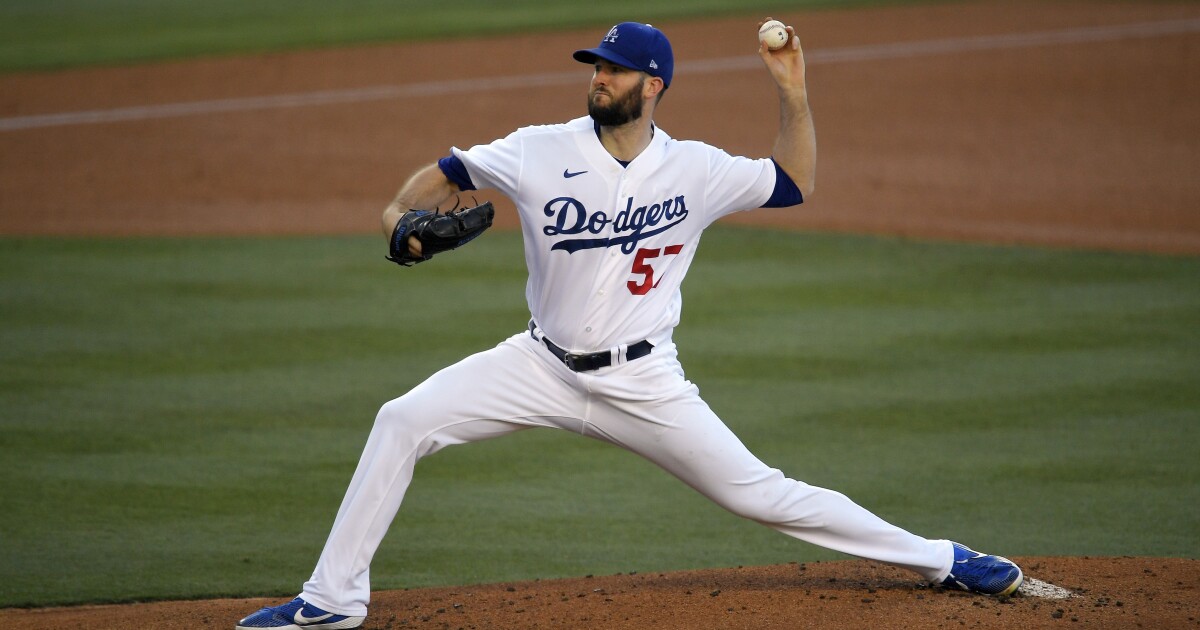 W.H. Coronavirus Official: Social Distancing ‘Will Be With Us’ Through Summer 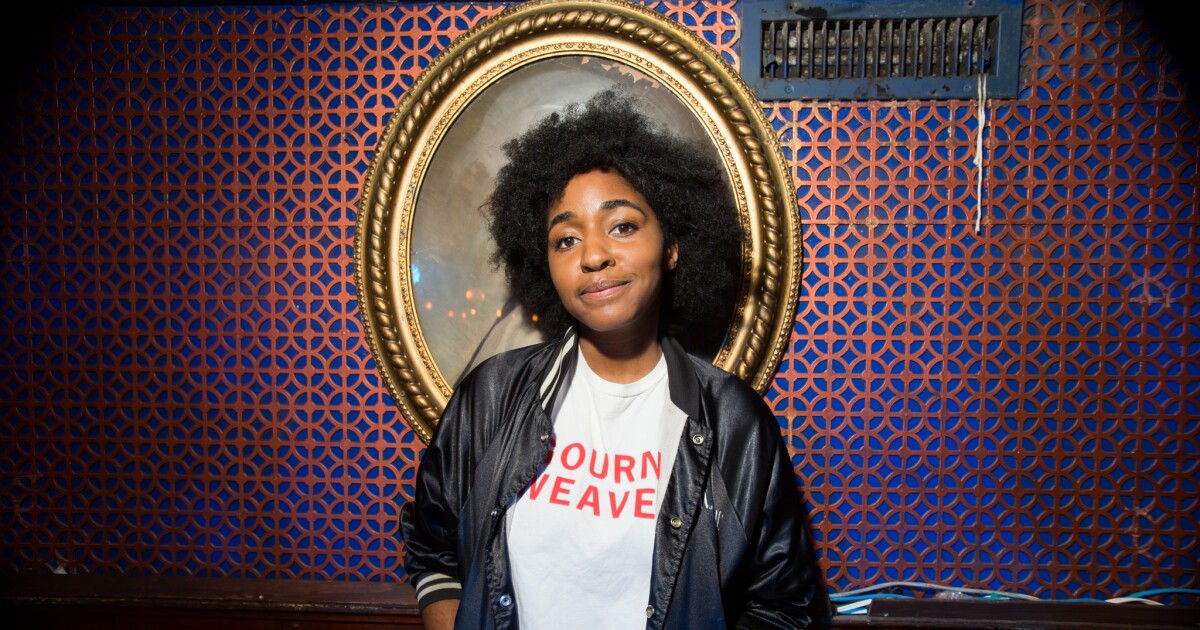 Stocks are ignoring the lack of a stimulus package from Congress, but that could change

California lessons from the 1918 pandemic: One city dithered; another acted and saved lives