After college, Eagle worked as a schoolteacher, first in Chicago and then in Los Angeles, where he attended open mic nights at Project Blowed, an underground hip-hop workshop in Leimert Park, the artistically fertile neighborhood where he now lives. He connected with like-minded indie rappers including Busdriver, Nocando and Aceyalone, but didn’t begin releasing his own music until he was in his late 20s.

His albums have showcased an agile mind with a gift for punch lines, tight, sing-songy rhymes, and a seemingly bottomless catalog of cultural references. Eagle’s 2017 release, “Brick Body Kids Still Daydream,” a melodic fever dream of a concept album about the destruction of a Chicago housing project, was lauded as one of that year’s best records by Rolling Stone, NPR and Pitchfork.

The series’s sensibility aligned with a cultural movement afoot showcasing the diversity of Black artistic expression: television shows like “Atlanta” and “Insecure,” films like “Sorry to Bother You” and “Get Out.” As Eagle began to consider his latest album, his ideas were equally lofty. “The original thesis was, Black people need anime the most,” he explained. “A lot of anime is power fantasy stuff. I was about to connect the struggles of marginalized people to these power fantasies. But in the middle of it, life started throwing me haymakers, so I needed the power fantasy for myself.”

In short order last year, “The New Negroes” got canceled, an anticipated musical collaboration with longtime friends called the Hellfyre Club crumbled and, most devastatingly, he and his wife of 14 years, with whom he has a son, divorced. He channeled all that into “Everything Ends Last Year,” an intense, world-weary lament that serves as the new album’s centerpiece. 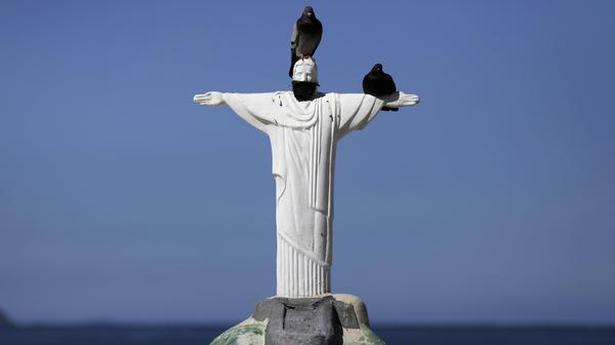 Why ‘Tiger King’ Is Not ‘Blackfish’ for Big Cats

‘I Couldn’t Do Anything’: The Virus and an E.R. Doctor’s Suicide

Pyjamas Are Forgiving, As Seen On Rachel Brosnahan And Others

What’s Gotten Into the Price of Cheese?