To hear more audio stories from publishers like The New York Times, download Audm for iPhone or Android.

This should be a wake-up call: New data suggest that the United States is one of just a few countries worldwide that is slipping backward.

The newest Social Progress Index, shared with me before its official release Thursday morning, finds that out of 163 countries assessed worldwide, the United States, Brazil and Hungary are the only ones in which people are worse off than when the index began in 2011. And the declines in Brazil and Hungary were smaller than America’s.

“The data paint an alarming picture of the state of our nation, and we hope it will be a call to action,” Michael Porter, a Harvard Business School professor and the chair of the advisory panel for the Social Progress Index, told me. “It’s like we’re a developing country.”

The index, inspired by research of Nobel-winning economists, collects 50 metrics of well-being — nutrition, safety, freedom, the environment, health, education and more — to measure quality of life. Norway comes out on top in the 2020 edition, followed by Denmark, Finland and New Zealand. South Sudan is at the bottom, with Chad, Central African Republic and Eritrea just behind.

The United States, despite its immense wealth, military power and cultural influence, ranks 28th — having slipped from 19th in 2011. The index now puts the United States behind significantly poorer countries, including Estonia, Czech Republic, Cyprus and Greece.

“We are no longer the country we like to think we are,” said Porter.

The Social Progress Index finds that Americans have health statistics similar to those of people in Chile, Jordan and Albania, while kids in the United States get an education roughly on par with what children get in Uzbekistan and Mongolia. A majority of countries have lower homicide rates, and most other advanced countries have lower traffic fatality rates and better sanitation and internet access.

The United States has high levels of early marriage — most states still allow child marriage in some circumstances — and lags in sharing political power equally among all citizens. America ranks a shameful No. 100 in discrimination against minorities.

The data for the latest index predates Covid-19, which has had a disproportionate impact on the United States and seems likely to exacerbate the slide in America’s standing. One new study suggests that in the United States, symptoms of depression have risen threefold since the pandemic began — and poor mental health is associated with other risk factors for well-being.

Michael Green, the C.E.O. of the group that puts out the Social Progress Index, notes that the coronavirus will affect health, longevity and education, with the impact particularly large in both the United States and Brazil. The equity and inclusiveness measured by the index seem to help protect societies from the virus, he said.

“Societies that are inclusive, tolerant and better educated are better able to manage the pandemic,” Green said.

The decline of the United States over the last decade in this index — more than any country in the world — is a reminder that we Americans face structural problems that predate President Trump and that festered under leaders of both parties. Trump is a symptom of this larger malaise, and also a cause of its acceleration.

David G. Blanchflower, a Dartmouth economist, has new research showing that the share of Americans reporting in effect that every day is a bad mental health day has doubled over 25 years. “Rising distress and despair are largely American phenomenon not observed in other advanced countries,” Blanchflower told me.

This decline is deeply personal for me: As I’ve written, a quarter of the kids on my old No. 6 school bus in rural Oregon are now dead from drugs, alcohol and suicide — what are called “deaths of despair.” I lost one friend to a heroin overdose this spring and have had more friends incarcerated than I could possibly count; the problems are now self-replicating in the next generation because of the dysfunction in some homes.

You as taxpayers paid huge sums to imprison my old friends; the money would have been far better invested educating them, honing their job skills or treating their addictions.

That’s why this is an election like that of 1932. That was the year American voters decisively rejected Herbert Hoover’s passivity and gave Franklin Roosevelt an electoral mandate — including a flipped Senate — that laid the groundwork for the New Deal and the modern middle class. But first we need to acknowledge the reality that we are on the wrong track.

Let’s wake up, for we are no longer the country we think we are.

The Times is committed to publishing a diversity of letters to the editor. We’d like to hear what you think about this or any of our articles. Here are some tips. And here’s our email: [email protected].

TikTok deal to sell U.S. business could be announced as soon as Tuesday

What to Know About Stuttering 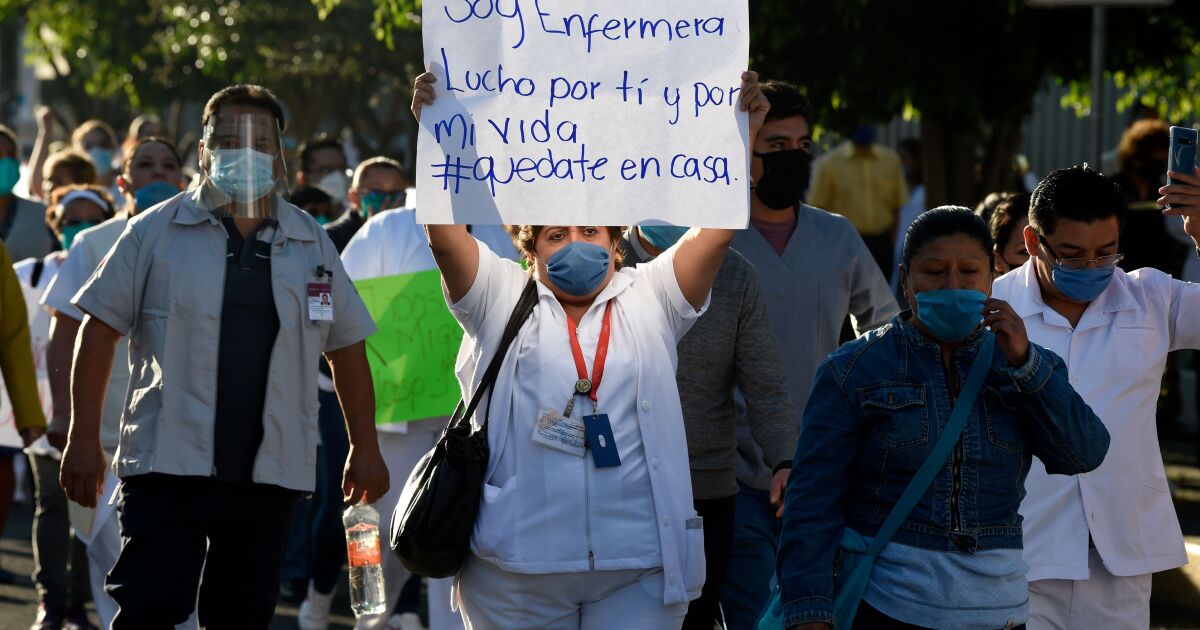 India’s shortage of remdesivir is easing, Goa plant to ramp up production: Cipla

Women’s Soccer Was Having a Moment. Then the Clock Stopped.