An unexpected encounter forces a bereaved widower to remember a fateful summer with his father. Out Stealing Horses vividly captures the transition from innocent adolescence to hardened adulthood. Adapted from the prizewinning novel by Norwegian author Per Petterson, Out Stealing Horses is a deeply spiritual, beautifully shot coming of age drama. It examines how tragic events irreparably shatter the bonds we hold dear, and changes the course of our lives.

The film opens on a snowy cottage near a rural Norwegian village. It is November 1999, a month before the new millennium. Trond (Stellan Skarsgård) has no interest in celebrating. His only desire is to be left alone. He’s haunted by the car accident that killed his wife. Trond’s troubled sleep is interrupted by shouting. He goes outside into the frosty night to find a man (Bjørn Floberg) searching for his lost dog. The neighbor introduces himself as Lars. Trond recoils with amazement. He has met this man before…a long time ago.

Out Stealing Horses then flashes back to the summer of 1948. Trond (Jon Ranes) is a quiet fifteen-year-old spending the summer with his father (Tobias Santelmann) in a remote cabin. Reserved and diminutive, Trond idolizes his handsome and rugged father. They’ve left his mother and sister behind for “quiet time” away from the girls. Trond soon realizes that exclusion doesn’t apply to all women.

Trond is visited by an older boy, Jon (Sjur Vatne Brean). They’d spent their downtime wrangling local horses for fun. Jon is visibly distraught. Trond doesn’t know why. He has secretly harbored a crush for Jon’s mother (Danica Curcic). Trond is experiencing sexual attraction for the first time. It would also be the last time Trond will see Jon. The next day, Trond’s father explained what happened. A horrific accident has reopened old wounds and long held secrets. Trond’s perception of his father begins to darken. In the present, Trond wonders if Lars recognizes him after fifty years.

Out Stealing Horses was Norway’s 2019 Academy Award submission for Best International Feature Film. It merits that honor. Written and directed by Hans Petter Moland (Aberdeen, Cold Pursuit), the film tackles difficult themes with artistic flourish. Trond’s thoughts are heard as he narrates the story through multiple timelines. His innermost feelings of love, anger, and abandonment are juxtaposed against the lush Scandinavian settings. Moland uses different visual and aural cues to trigger emotional responses. Out Stealing Horses has an absorbing, dreamlike quality. It is stylistically similar to the works of Terrence Malick.

Disappointment in a parent can be soul crushing for a child. The world becomes a different place after. Out Stealing Horses is a reminder that the price of maturity can be severe and unforgiving. How we react to that understanding defines the nature of our character. Should we be consumed by anger? Bury pain in regret? Or try to make peace with the wrongs that can never be rectified? Trond’s journey is relatable in every regard. His choices will surprise you. Out Stealing Horses is a Norwegian production with English subtitles. It will be available August 7th on demand from Magnolia Pictures.

The cold war between U.S. and China just got a lot hotter

We All Live in Bubbles Now. How Safe Is Yours?

A&E visits down 29% during epidemic in England 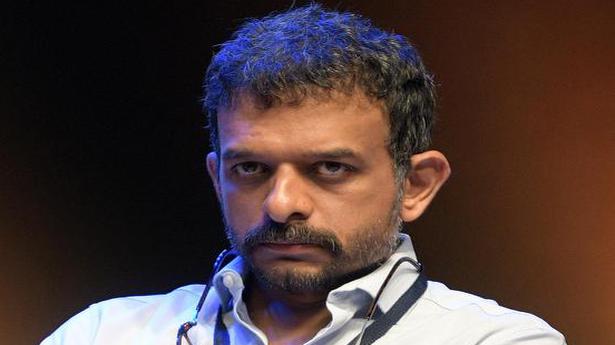