Earlier this month, Fox personality Tucker Carlson seemed to appoint himself a conservative Santa Claus by creating a naughty list of celebrities who donated to charities aiding Black Lives Matter protesters. Comedian Patton Oswalt was among those to appear on the list, so on Thursday’s “The Late Show,” Stephen Colbert asked him what it was like to be called out.

Other than the picture Carlson showed, which Oswalt said looked like a wax candle of his face, the comedian said he was feeling pretty good.

“Instantly, Twitter was like, ‘This is the best list to be on,’ and then I got an email from my mom saying, ‘You’re a good boy. I always knew you were,’” Oswalt said.

“The Late Show” displayed Oswalt’s tweet about the email, leading Colbert to laughingly ask: “What more do you want from your mom?”

“She was so proud, so that’s like one of those things that I can put in the time capsule,” Oswalt said.

Other celebrities on Carlson’s list also have responded, with Lil Nas X calling out Carlson for lying:

this man just lied and told millions of people on national television that i was inciting riots. you can’t make this up. https://t.co/RVbs6oPx9w

I think when white supremacists are bothered by your actions, that’s probably a good thing.

Less is more with this easy tomato soup and grilled cheese

Wildlife Trade Spreads Coronaviruses as Animals Get to Market 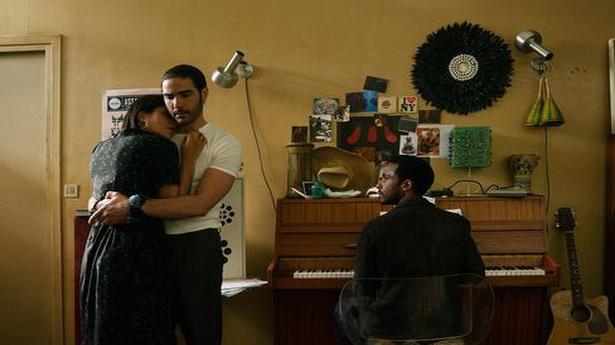 ‘The Eddy’ review: Offers little redemption, despite its ambitious scale and cast