Before the COVID-19 pandemic shut down the live-music industry — and sent Phoebe Bridgers deep into quarantine — the Los Angeles-based indie-rock star had planned to spend this spring on the road building anticipation for her new album, “Punisher.” While she’s been serious about staying home, she happily took part in recent protests sparked by the police killing of George Floyd.

“It feels for the first time in my life that something is not falling victim to the 24-hour news cycle,” she said this week via videoconference. “Do you remember Kony 2012?” she asked, referring to a social media campaign that briefly made a cause of apprehending a notorious Ugandan militia leader. “It’s like Kony 2012 energy but for weeks.

“Also: the fact that I’m having the defund-the-police conversation with my mother — and that she doesn’t think of it as a violent uprising but as a necessary thing that’s been explained in such a reasonable way,” she continued. “Something’s different this time.”

Speaking from her home in Silver Lake, Bridgers, 25, said the demonstrations have made her proud of a hometown all too easily caricatured by outsiders.

“Yes, there are slimy people at Soho House,” she said, even as she acknowledged that the West Hollywood hangout has a great bar. (“I’m very much that bitch,” she confessed.)

“Everything can be true at once.”

Bridgers follows through on that conviction on the expertly rendered “Punisher,” which she described with characteristic self-deprecation as “literally just a singer-songwriter record about my feelings.” Released Thursday — a day ahead of schedule, with an announcement encouraging fans to donate to organizations seeking racial justice — the album contemplates her resentments and insecurities in songs built around folky acoustic guitar.

Yet what makes Bridgers one of her generation’s most impressive songwriters — and what’s earned her comparisons to some of her idols, including Bob Dylan, Joni Mitchell and Conor Oberst — is the way she depicts those private feelings against the backdrop of permanent emergency that is public life in America in 2020.

Random violence, technological surveillance, religious fanaticism — it all leaves a mark on Bridgers’ follow-up to her 2017 debut, “Stranger in the Alps,” which wowed both critics and fellow musicians such as John Mayer (who said her song “Funeral” heralded “the arrival of a giant”) and Matty Healy of the 1975 (who invited Bridgers to sing on his band’s latest LP).

The singer says her music is about “having a personal life while the world is blowing up,” and indeed that goes some way toward capturing the tragicomic essence of a tune like “Kyoto”: “Sunset’s been a freak show on the weekend / So I’ve been driving out to the suburbs / To park at the Goodwill and stare at the chemtrails.”

Like recent records by contemporaries including Soccer Mommy and Beach Bunny, “Punisher” practically bursts with quotable lyrics. But to admire Bridgers’ words on the page — something she says always makes her cringe — is to discount the emotional power of her whispery singing, which is never not breaking your heart.

“Her tone is magical,” said Ethan Gruska, who coproduced “Punisher” with Bridgers and Tony Berg after the three first teamed for “Stranger in the Alps.” “However brutal the song may be, her voice puts across so much empathy.”

As an example, Gruska pointed to “Moon Song,” in which Bridgers, invoking Eric Clapton’s early-’90s hit, sings, “We hate ‘Tears in Heaven,’ but it’s sad that his baby died.” If those lines read like a cruel joke, listen to her deliver them over the tune’s dreamy slow-motion groove.

“I feel like I have a rich inner world, and that can be good and bad,” Bridgers said in the video call. Dressed in a black shirt buttoned up to her neck, she sipped coffee as she sat on a balcony surrounded by greenery. “The difference between my first and second records is that the first one was someone not in therapy and this one is someone starting to go to therapy.”

Bridgers grew up in Pasadena and studied vocal jazz at the L.A. County High School for the Arts (where the sisters of Haim had preceded her) before joining Sloppy Jane, a punky local band in which she played bass. Later she appeared in a handful of commercials for Apple and Taco Bell — not an unusual path for the child of a set-designer dad — which helped fund the recording of her debut.

The success of “Stranger in the Alps,” which followed an early single released on Ryan Adams’ label, put Bridgers in high demand; she formed a trio called Boygenius with fellow twentysomething singer-songwriters Julien Baker and Lucy Dacus, and made an album with Oberst under the name Better Oblivion Community Center.

For “Punisher,” Bridgers recorded at Sound City, the storied Van Nuys studio where Nirvana made “Nevermind” and Neil Young and Fleetwood Mac worked in the 1970s. Asked if she bought into the type of lore that can build up around such a room, she said, “It’s not a big selling point for me.”

Sure, some amazing records had been created there, she explained. “But there are also gold records on the walls of bands I’ve never heard of,” she said with a laugh. “‘Ah yes, the legendary Green Jello.’”

“I think more about the lore surrounding people,” she said: a bullet hole supposedly left behind at Sound City by Charles Manson, for instance, or the fact that she and her producers got Jim Keltner, the veteran rock drummer known for his work with Dylan and John Lennon, to play on a few tracks.

As attuned as she is to the bleak absurdities of the modern age, Bridgers pays close attention to musicians who came before her. “Punisher’s” title track is about her obsession with the late indie-rock singer Elliott Smith, and in our conversation she enthused about the “weird echo chamber of influence” that developed between Dylan and Dire Straits’ Mark Knopfler in the early ’80s.

Adams was another songwriter she revered before the two began a romantic relationship when she was 20; last year Bridgers spoke to the New York Times along with several other women for an article about Adams’ alleged abusive behavior. Since then, countless other journalists have engaged her on the subject, about which she says she’s of two minds.

“It’s my thing, so if I don’t want to talk about it one day, I just won’t,” she said. Yet she sees an opportunity to shed light on the “complicated nature” of what happened to her. “Ryan wasn’t some evil villain who I could see coming from a mile away,” she said. “He was my friend. So I think the more visibility [for an experience like hers], the better.

“If people want to monetize my trauma” — for clicks, she meant — “then go for it. Because I read the Harvey Weinstein stories where these beautiful, smart people were tricked by this a—,” she said. “And every time I relate to a story like that, it makes me feel better.”

Looking ahead to her future as a live performer, Bridgers said she’s “ready for the worst-case scenario, which is that the government, when they do get a vaccine, is gonna screw it up.”

“But I also know I’m not gonna come up with how to outsmart the coronavirus. You know Billie Eilish’s manager right now is sitting at home going, ‘Arghhh,’” she said, mimicking someone banging her head in search of a great idea. “I’ll follow that lead.”

“To me the subtext of that would have been: I’m gonna wait till y’all forget about this,” she said. “And I hope that doesn’t happen.

“I hope these protests go on all year.”

Here’s How to Merge PDF Files for Free

Amid a Rising Death Toll, Trump Leaves the Grieving to Others 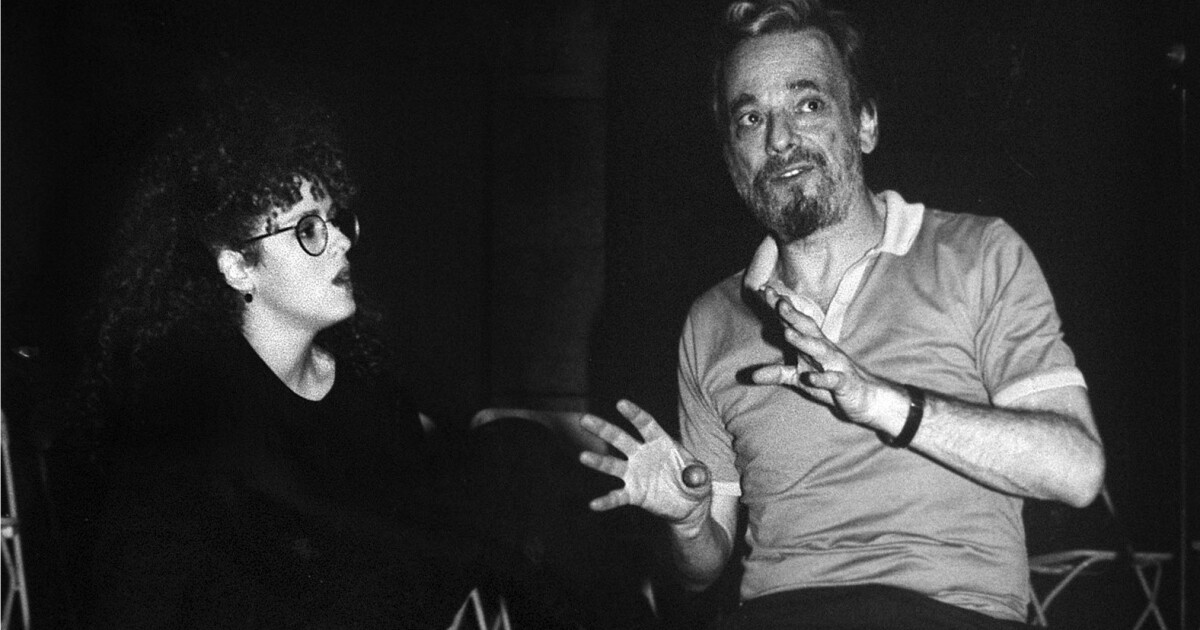 How to watch Stephen Sondheim’s 90th birthday party with Streep, Patinkin and LuPone 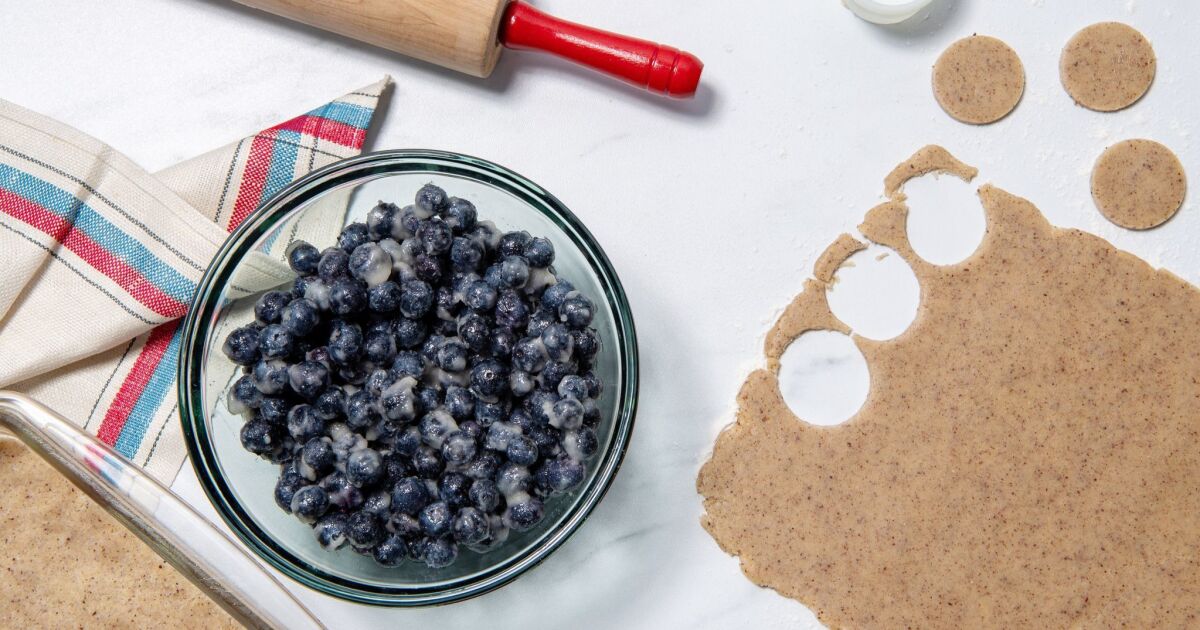 Baking a lot? Follow these 7 essential tips for the tastiest results

Ronan O’Rahilly, Pioneer of Pirate Radio, Is Dead at 79