MOSCOW — The poisoning of the Russian opposition leader Aleksei A. Navalny has revived a long-simmering feud over a nearly completed Russian natural-gas pipeline to Europe.

Casting around for ways to register their outrage over the poisoning, politicians in Germany and elsewhere have turned their eyes to the $11 billion pipeline, called Nord Stream 2, one of the largest infrastructure projects underway in Europe today.

The 746-mile pipeline stretches under the Baltic Sea from the Russian coast near St. Petersburg to Germany. When work paused this year because of U.S. sanctions, the pipe was almost complete; only one 50-mile gap remains.

The project had gone ahead in the face of opposition from the United States and most European countries other than Germany and France. The debate now in Germany is whether to reverse its longstanding support for the pipeline or even cancel it outright in retaliation for the poisoning — and let the Russian state-owned company Gazprom, along with European investors, eat the costs.

“We need to respond with the only language that Putin understands, the language of natural gas,” the head of the foreign affairs committee in the German Parliament, Norbert Röttgen, said this month.

Chancellor Angela Merkel of Germany has strongly supported the project, though she has hinted recently at some softening of her position. Here’s what lies behind the dispute.

Not really. Nord Stream 2 duplicates not only an existing pipeline under the Baltic, Nord Stream 1, but also pipelines from Russia running through Ukraine and Belarus and on into Eastern Europe. Those are already underused and will remain so for years or decades, according to an analysis by Renaissance Capital, a Moscow investment bank.

So why does Russia want the pipeline?

Because for Moscow, which uses natural gas as a political instrument as well as a source of profit, the big question is not how much gas goes to Europe, but how it gets there. So for President Vladimir V. Putin, who personally directs Russia’s energy policy, transit routes are the most important consideration.

In the former Soviet states and in Eastern Europe, local elites are allowed to share in energy profits if they further pro-Russian policies. If a leader leans to the West, prices are sometimes jacked up or supplies cut, as has happened twice in Ukraine.

The only problem with this approach is that the same, Soviet-era pipelines supplying those countries also ship fuel to customers farther west in Europe. Putting the screws to Ukraine or Bulgaria, say, also impacts Western Europe, creating a crisis situation that infuriates European capitals while cutting into Russia’s income — about $48 billion from gas sales in Europe last year.

Mr. Putin’s answer to the problem was to build pipelines bypassing Ukraine — Nord Stream 1, Nord Stream 2 and TurkStream — fully duplicating the capacity in the Ukrainian and Belarusian terrestrial pipelines.

As a result, when Nord Stream 2 is completed, Russia will have a new and potent geopolitical tool: an energy export system with many spigots that can be turned on or off independently, cutting off Ukraine or Belarus in January, for example, while continuing shipments to Western Europe.

Gazprom denies ever using gas politically and says it intends to use Nord Stream 2 in addition to the existing Ukrainian pipes. Gazprom has blamed Ukraine for the shutdowns.

Why does Merkel defend Nord Stream 2?

Ms. Merkel has justified her support for the pipeline under a broader policy of engaging with Russia and China on trade in ways that provide leverage over and above that of sanctions alone.

Supporters of the pipeline in her party say that Russia is more dependent on revenue from natural gas than Germany is on supply. Once the pipeline is turned on, they say, Russia will be less likely to misbehave in ways like the Navalny attack because such actions might lead to sanctions.

“Tying Russia into trade agreements will moderate Russia’s behavior,” Kirsten Westphal, an analyst with the German Institute for International and Security Affairs, said in a telephone interview.

Supporters also argue that having on hand copious amounts of natural gas, which is less harmful for the environment than coal, will help Germany transition from nuclear power. After the Fukushima disaster in Japan, Ms. Merkel pledged to close all the country’s nuclear plants.

The new pipeline would insulate Germany from fuel shortages if the war in Ukraine were to escalate or if the transit of fuel were disrupted for another reason.

Who opposes the pipeline, and why?

The United States and most European countries other than Germany and France oppose the project for the exact reason that Russia wants it. They see it as a tentacle of Russian influence, creeping into Europe.

In the United States, opposition to Nord Stream 2 is one of the few bipartisan issues. The Obama administration opposed Ms. Merkel’s embrace of the project and both the Trump administration and former Vice President Joseph R. Biden Jr., the Democratic presidential nominee, want it canceled.

The pipeline is seen as operating at cross-purposes with wider Western policies of seeking to isolate Russia for the fighting in Ukraine, intervening in Syria and meddling in Western elections.

In addition to its geopolitical concerns, the United States is also interested in expanding exports of liquefied natural gas to Europe.

Eight eastern European countries have endorsed a petition opposing the pipeline, arguing that it leaves them vulnerable to Russian energy blackmail.

Italy opposes it, analysts say, out of concern that routing Russian gas through Germany instead of Ukraine could bolster Berlin’s clout in the European Union.

As a replacement for existing pipelines rather than as a tool to bring in more energy, opponents say, it does little to help Germany transition to a nuclear-free future.

“The idea is this is somehow a project that would replace nuclear power,” Benjamin Schmitt, a postdoctoral fellow at Harvard and former energy adviser to the U.S. State Department, said in a telephone interview. “The truth of the matter is it will not.”

Since the uprising in 2014 that deposed a Moscow-friendly president, Viktor F. Yanukovych, the West has poured billions of dollars of foreign aid and military equipment into Ukraine to support its decoupling from Russia.

In view of that, critics of Nord Stream 2 have questioned what sense it makes to deprive Ukraine of around $2 billion in transit revenue while making Kyiv more vulnerable to Russian bullying.

The project’s defenders counter that most of the profits from the Russian gas trade have vanished into the pockets of politically connected oligarchs and pro-Russian politicians. Ukraine, they say, might actually benefit from closing that spigot of corruption.

As far as supplies go, Russia is contractually required to supply Ukraine with some natural gas. In the event of a cutoff, however, Ukraine does not currently have any way to fully replace those supplies from Europe. 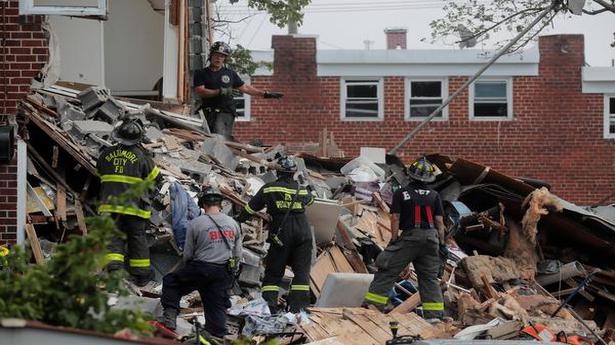 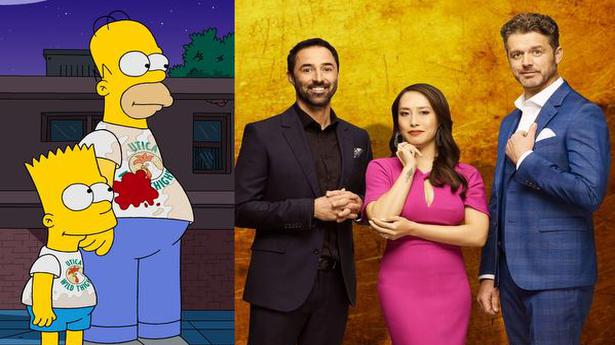 New arrivals on Disney+ Hotstar: ‘The Simpsons’ and season 12 of ‘Masterchef Australia’

How will the COVID-19 pandemic end?