Plucky heroines make me queasy. (It takes so much energy to be plucky.) The protagonist of Katie Tallo’s first novel, DARK AUGUST (HarperCollins, 448 pp., paper; $16.99), is better than that. Augusta (Gus) Monet is smart and resourceful, just too stubborn to know when to quit. When she returns to her hometown — Elgin, Ontario, “a town that once was but is no more” — her instinct is to burn it down. But “greed and spite and toxic wastewater” from fracking have taken care of that already. So her only business here is to claim the house (and the old dog who comes with it) left to her by her great-grandmother.

Once Gus is back in Elgin, “she drops into the past,” with all its hurtful memories and unfinished business. Foremost among these is a case that bedeviled her mother, a police detective who died when Gus was 8 years old. A convenient stash of cash allows Gus the luxury of losing herself in that case, the murder of Henry Neil, whose long-missing body just happens to turn up shortly after Gus moves into the neglected house.

Despite the plot contrivances, it’s easy to get caught up in this story, especially after Gus finds her mother’s original notes and assembles them into a collage that covers an entire wall — “a timeline of events that took place over the span of less than two years, connected by evidence.” Although she sees this project as a kind of homage, an attempt to finish what her mother started, Gus doesn’t seem to be aware that, on some deeper level, she’s finally trying to deal with the emotional baggage of their last summer together.

To be sure, there are dedicated bad guys in the story, and the usual dangers to life and limb. But the subordinate plot is the death of a place people call home. In Elgin, generations of settlers managed to hold off the threat of unchecked nature, “until an underground river of toxins turned golden cornfields to black muck and sent a town up in a ball of fire.”

So, you think you know your neighbors? You might want to think again after reading Jeff Abbott’s NEVER ASK ME (Grand Central, 356 pp., $27).

Lakehaven, a leafy, affluent suburb of Austin, is thrown into a panic when Danielle Roberts’s son finds her dead on a park bench. A lawyer who facilitated overseas adoptions, including some for her neighbors, Danielle was currently arranging one from Russia — if that had anything to do with her murder. Pertinent or not, the Russia connection allows two prospective parents, the likable if high-strung Iris and her husband, Kyle, to travel to St. Petersburg, providing the book with its most dramatic scenes.

Abbott writes in an authoritative way about the protocols, many of them maddening, of adopting a child. He also has a real understanding of the emotional roller-coaster couples going through the process must endure. His layered plot moves along at a nice clip, until he starts piling on the Russian oligarchs, C.I.A. spies, undercover agents and drug dealers, not to mention the kitchen sink.

Don’t say we didn’t warn you about the clunky writing in Ellison Cooper’s CUT TO THE BONE (Minotaur, 323 pp., $27.99) — but who could resist the sheer audacity of this plot? Some cuckoo has murdered a teenage girl and displayed her body in a ritualistic pose at the foot of the Albert Einstein Memorial in Washington. Special Agent Sayer Altair of the F.B.I., a neuroscientist who studies the brains of serial killers (but shows her cool by riding a Matchless Silver Hawk motorcycle), catches the case.

The story really takes off when a busload of high school kids is hijacked. Although genre writers have been known to fret about using kids as victims, Cooper has no such reservations and enthusiastically displays a mound of bodies (11 of them children) for Sayer to find. But it’s the resourceful kids on the bus — who are making their own escape plans — who own this story.

The characters carry the day in SOME GO HOME (Norton, 295 pp., $26.95), a polished debut novel by Odie Lindsey. That includes Wallis House, an antebellum manor that captures the divided identity of the New South. Steeped in the history of its gracious setting, but poised for a controversial renovation, this living relic has become something of a battleground for the residents of Pitchlynn, Miss., “a chatty little place” that doesn’t quite know what to make of itself. Will Wallis House become frozen in time as a tourist magnet? Or will it get that bright coral paint job and declare its independence from its past?

One thing is certain: That past won’t stay buried until Hare Hobbs is finally judged for the murder of a Black man he committed during the civil rights era. Hare’s story unfolds through the lives of other characters, most memorably his son, Derby, and his daughter-in-law, Colleen, an Iraq War veteran struggling with the shock of leaving the Army. “Coming home to Mississippi, demobbed from active duty, she had understood that nothing — no family, no church, no job, house or health insurance — could protect you. … At the end of the day, the only armor against loss were the acute reminders of your own fragility.”

No Country Can Just Pretend Coronavirus Pandemic Is Over: World Health Organization

Contradicting Trump, Fauci says there is no order or plan to slow down COVID-19 testing

All the Republicans Who Have Decided Not to Support Trump 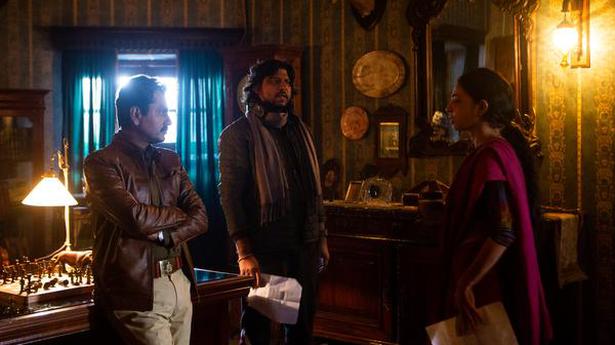 ‘Casting directors brought a lot of change in Bollywood’

A Parent’s Toughest Call: In-Person Schooling or Not?