It’s 2018. Rashida Tlaib is running for Congress. The cameras for the documentary series “And She Could Be Next” are following her. When the firebrand wins, she’ll be one of the first Muslim American women to do so. Fox News will fixate on her and other women of color like Ilhan Omar (D-Minn.) and Alexandria Ocasio-Cortez (D-N.Y.) as an imminent threat to the American way. The president will tell Tlaib and the rest of “The Squad” to go back to where they came from (in Tlaib’s case, it’s Detroit).

Back then, Tlaib was one of many women from marginalized communities around the country who were running for office against all odds. “Let’s show them we belong here,” she tells a crowd of Black and immigrant voters. “They’ll have to learn how to say our names.”

And now they can’t stop talking about her. The progressive representative’s victory is one of many documented in the two-part “POV” series, which premieres Monday and continues Tuesday on PBS. It chronicles a year when women of color fueled a movement that transformed American society and politics.

Filmed over 2018 and 2019, the production chronicles the rise of female candidates and organizers such as Georgia’s Stacey Abrams, congresswomen Veronica Escobar (D-Texas) and Lucy McBath (D-Ga.), California state Sen. Maria Elena Durazo (Los Angeles) and Nse Ufot, executive director of the New Georgia Project. The series shows the ground-up ethos, and the constant push, that’s made female-led campaigns such as #BlackLivesMatter and Fair Fight, Abrams’ operation to end voter suppression, so effective.

“We’re running for office, and we’re winning, and we’re in this space now,” Tlaib, 43, said over the weekend from Detroit. “But no matter how many people we get into Congress, it’s the movement outside of the halls of Congress where decisions are made. The movement to stop oppression … everything that’s happening is because we haven’t been heard or seen in the same way that so many other communities are.”

Tlaib figures prominently in the documentary, one of 12 new programs airing on PBS this summer in celebration of the 100th anniversary of the 19th Amendment, which granted women the right to vote. She’s part of a herculean effort by women to change the status quo and represent the needs of the underserved, combat gun violence, put the power of government back into the hands of the people and other issues lost on Washington for years.

Directed by Grace Lee (“American Revolutionary: The Evolution of Grace Lee Boggs”) and Iranian documentary filmmaker Marjan Safinia (“Seeds”) and coexecutive produced by Ava DuVernay, “And She Could Be Next” jumps from state to state as women like Tlaib galvanize their supporters.

“When I watch this film, it’s so surreal,” Tlaib said. “To see what was happening in other places at the time. It’s like, ‘Oh, my God, that happened to Stacey too? It brings it home that we’re all in this together.”

California State Sen. Maria Elena Durazo, who represents Central and East L.A., appears in the new PBS docuseries ‘And She Could Be Next,’ about women of color in U.S. politics.

Here the campaign trail includes Durazo working on speeches in her cramped kitchen, minivan squads of moms canvasing Georgia neighborhoods for Abrams and single parent Tlaib trying to strategize how to win while simultaneously policing her young son’s soda intake.

Her kids are unapologetically with her every step of the way — in the campaign headquarters, next to her at the podium during speeches. It’s a refreshing twist on the usual election year documentary, where men in crisp suits don’t have to worry about packing the kids’ lunches before the rally, let alone feeding themselves.

“I’m the eldest of 14 kids, and I’ve just always taken care of those around me,” said Tlaib of those scenes in the series. “I have never not been near my kids. The work I’m doing and how I’m very laser-focused is because of my kids, because of being a mom. I walk in a room and I’m not a Democratic congresswoman. I’m a mom. Men may be like what? But moms know what I’m talking about.

“I feel like if we cleared out the [decision] room and put a bunch of moms in there, we’d end gun violence. We’d actually pass meaningful change,” she continued. “It’s part of their work, part of everything that they are.”

Tlaib’s name became shorthand for “wild-eyed liberal” in the mediasphere of right-wing outrage. She’s been labeled anti-American for her criticisms of the Trump administration and “politically stupid” for a campaign promise about POTUS: “We’re going to go in and impeach the [expletive]!” She’s also been accused of anti-Semitism for her criticism of the Israeli government and the United States’ Middle East policy as well as her support for the Boycott, Divestment and Sanctions movement.

The most consistent blowback, however, is because she’s Arab, Muslim and female, and those things won’t be reprinted here.

“One thing that is very clear: We can out-work the hate agenda,” said Tlaib. “We can out-work it through the protesting, the movement, the policy changes. It’s getting out there and speaking truth to power. It’s engaging and talking to people who have never been spoken to. All of that’s out-working the hate agenda that is being pushed from the White House.”

That work is at the heart of “And She Could Be Next,” a documentary that shows how the disenfranchised have been invigorated, largely through the unifying power of women.

‘POV: And She Could Be Next: Claiming Power’ 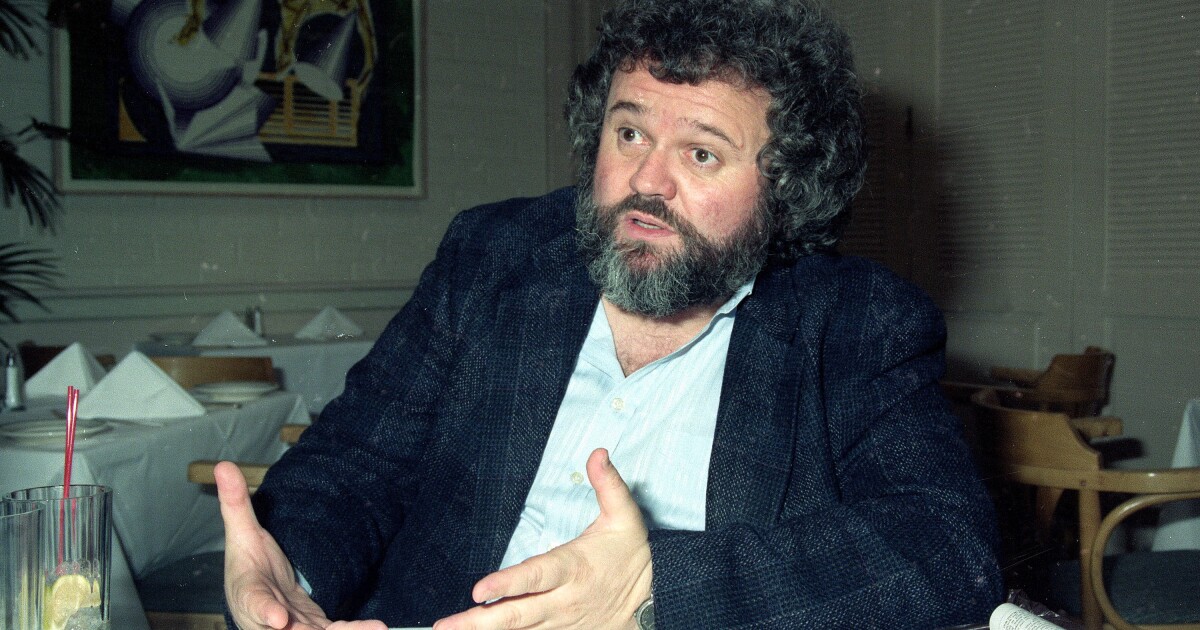 11 New Books We Recommend This Week

Ex-acting Navy secretary’s trip to bash captain who pleaded for help with coronavirus may cost taxpayers $243,000

Private Equity, Lobbying the U.S. for Help, Is Mostly Hearing ‘No’