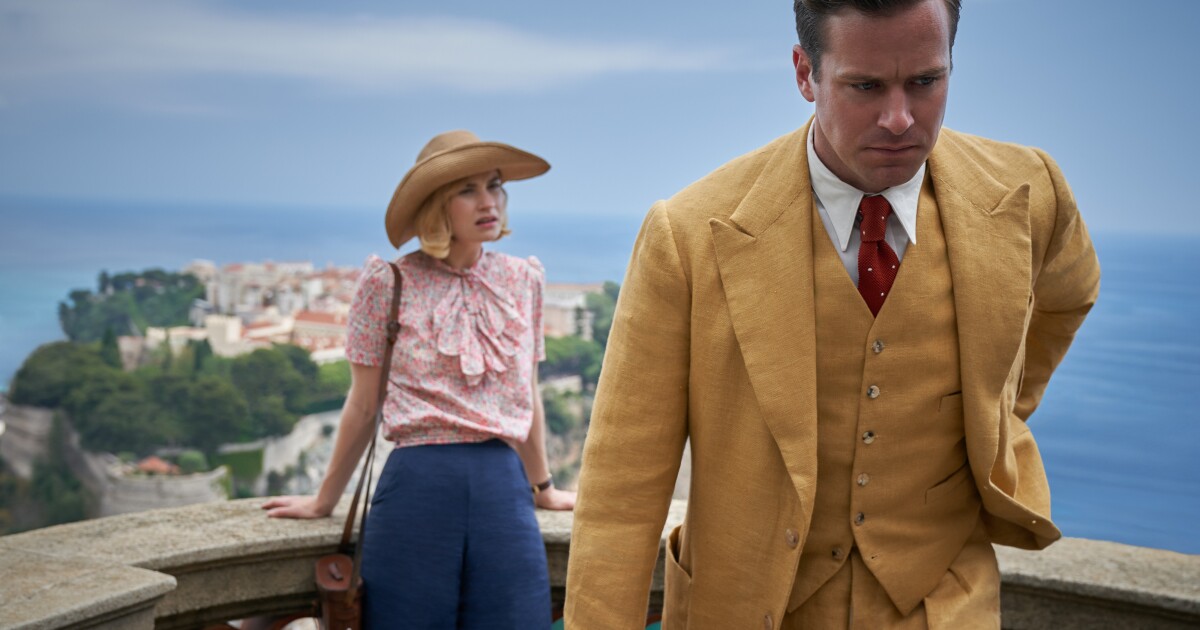 One of the lessons of Daphne du Maurier’s “Rebecca” is that we should be wary of impostor syndrome, specifically the impulse to compare ourselves too anxiously with a beloved predecessor. The second Mrs. de Winter learns this the hard way: Her whirlwind romance and fairy-tale marriage are soon overshadowed by the memory of her husband’s late first wife, Rebecca, a formidable rival who, like many ghosts, is not entirely what she appears to be. Chances are you know the story — and if you don’t, its intricate secrets are well worth preserving — from having read the justly popular novel or seen one of its many screen versions, none more highly regarded than Alfred Hitchcock’s 1940 Oscar winner.

Talk about beloved predecessors! The Hitchcock film, peerlessly acted by Joan Fontaine, Laurence Olivier and Judith Anderson, is widely considered definitive, but it has never struck me as sacrosanct. Not unlike “Jane Eyre,” its partner in oft-adapted Gothic romance, “Rebecca” is durable enough to withstand and even reward multiple interpretations. Who wouldn’t dream of going to Manderley again? (The 1997 Masterpiece Theater miniseries is particularly worth seeking out, especially for fans still mourning Diana Rigg, whose Emmy-winning portrayal of Mrs. Danvers is an example of screen villainy at its most emotionally layered.)

And so the disappointment of Netflix’s lavishly upholstered new “Rebecca” — directed by the English filmmaker Ben Wheatley from a screenplay by Jane Goldman, Joe Shrapnel and Anna Waterhouse — is not merely that it falls short of some superior alternatives. It’s more that the filmmakers seem curiously at sea over the purpose of their assignment, possessing neither the patience to plunge headlong into the story’s familiar depths nor the radicalism to reinvent it entirely. Their guiding instinct seems to have been to drench the proceedings in as much youthful Hollywood glamour as it can withstand, which more or less explains the casting of Armie Hammer as the GQ-iest Maxim de Winter ever to grace the screen.

If Hammer seems a bit too young, untroubled and frankly American to play the broodingly sardonic English widower, he’s still too charming a presence to take issue with for long (even if he does show up in a lumpy three-piece suit that doesn’t scream Maxim de Winter so much as Colonel Mustard). Certainly he’s not the only actor who spends much of the picture straining to make a familiar characterization their own: Lily James chatters and fidgets nervously enough, but she projects rather more dark-eyed self-assurance than you’d expect from the shy, diffident young woman who turns Maxim’s head.

They meet in Monte Carlo, where Maxim is recovering from the trauma of Rebecca’s drowning death, and where our nameless heroine is serving as paid companion to a vulgar tourist (a deliciously insufferable Ann Dowd). A tray of oysters, a few scenic coastal drives and some gauzily shot beachfront sex later, Maxim is whisking his new bride off to his coastal manor, where the malevolent specter of Rebecca swiftly asserts herself. She lives on in every piece of boldly “R”-monogrammed fabric and stationery, and also in the cove not far from where her sailboat ran tragically aground. She also lives on in the awestruck stories of Maxim’s close relatives and associates (played by actors including Keeley Hawes, John Hollingworth and Tom Goodman-Hill), and in the anecdotes of her own snakelike cousin, Jack Favell (a sleazily effective Sam Riley).

But no one does more to keep Rebecca’s memory alive than the housekeeper, Mrs. Danvers (Kristin Scott Thomas), who spends her days seething, glowering, prowling in the shadows and keeping her late mistress’ boudoir in creepily mint condition. With her sotto voce insinuations and faint, condescending smiles, Scott Thomas makes a marginally warmer, softer Mrs. Danvers than most; she glides through the picture like a dagger sheathed in blue silk. She also tries to lay bare the character’s very human torment, as becomes apparent in one fascinating if narratively misguided confrontation with James’ freshly emboldened Mrs. de Winter: Sitting on her own bed in a translucent nightgown, Scott Thomas gives seductive shape to the repressed lesbian desires that Hitchcock and Anderson could only hint at under the strictures of the Hays Code.

Repression is, of course, baked into the very atmosphere of du Maurier’s novel, which is both an indictment of — and a grand wallow in — the kind of brittle English formality that allows secrets to fester and longings to bloom into obsessions. If this “Rebecca” has a consistent failing, it’s that in trying to bring the drama’s underlying passions to the surface, it tears back the veil far too quickly. It’s the product of an impatient, even impetuous sensibility, and it soon runs aground in busy, showy effects: an exhausting editing scheme, perfunctory dream sequences and jump scares, and a Clint Mansell score that poses more of a drowning hazard than the ocean itself.

There are glimmers of the subversive, hallucinatory sensibility that animated some of Wheatley’s earlier pictures, notably his intensely unnerving 2011 thriller, “Kill List.” And there are the expected baroque pleasures of Manderley itself, a labyrinth of gilt-framed paintings and checkered-marble floors. (The production design is by Sarah Greenwood, the cinematography by Lauri Rose.) Wheatley’s strongest sequence is probably the costume ball where Mrs. de Winter, striving for Maxim’s approval, winds up snatching defeat from the jaws of victory — a moment that plays to the director’s gifts for staging bacchanalian chaos, and also to the strengths of his costume designer, Julian Day.

But the dizzyingly mysterious, romantic spell you want from this story is never allowed to take hold. It’s worth noting that Wheatley’s previous picture was a suitably deranged adaptation of J.G. Ballard’s “High-Rise,” a supposedly “unfilmable” book that appears to have posed less of a challenge than du Maurier’s extremely filmable one. I suspect his next one will be better, and with any luck, the next “Rebecca,” too.

How an Ill-Fated Fishing Voyage Helped Us Understand Covid-19

N.Y.C. Public Schools Will Not Fully Reopen in September

Eye on Beirut, Senegal Port Rushes to Truck Away Tons of Ammonium Nitrate

7 Things to Do This Weekend

How Do You Translate a Comic Book Into Audio? Ask Neil Gaiman