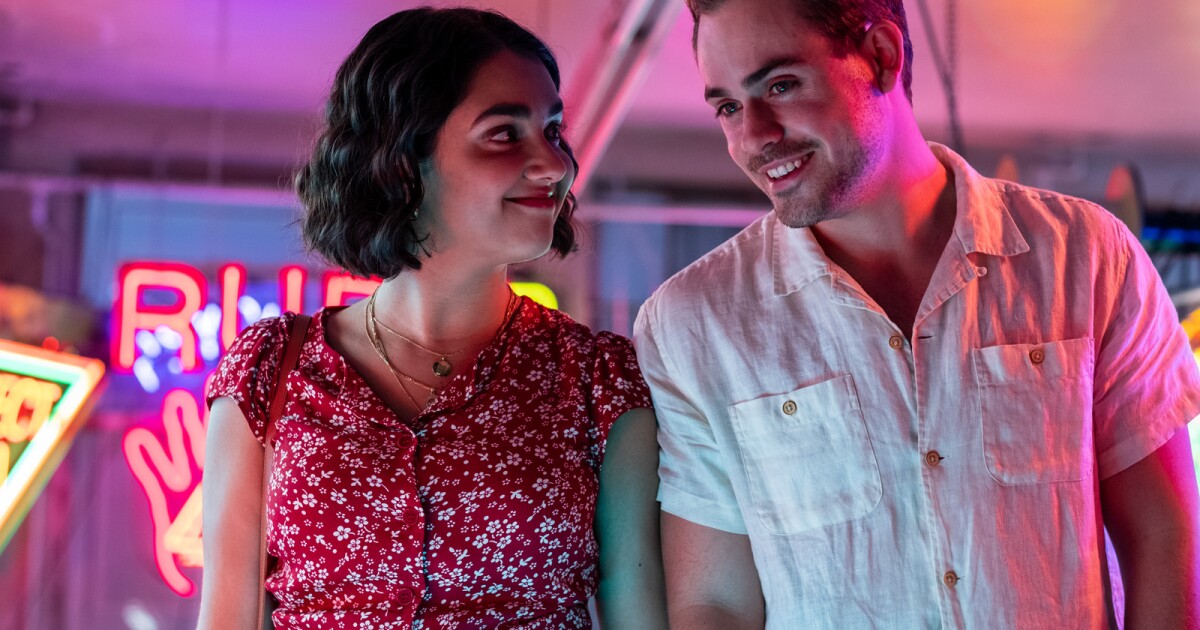 The Times is committed to reviewing theatrical film releases during the COVID-19 pandemic. Because moviegoing carries risks during this time, we remind readers to follow health and safety guidelines as outlined by the CDC and local health officials.

If Geraldine Viswanathan’s bubbly spirit could be bottled and distributed, the world would be a much brighter and funnier place. A breakout in the 2018 high school comedy “Blockers,” Viswanathan’s charm and charisma power the winning romantic comedy “The Broken Hearts Gallery,” the debut of writer-director Natalie Krinsky.

With pluck and wit in spades, Viswanathan’s character, Lucy, is a classic rom-com heroine. She’s a kooky, quirky art gallery assistant in New York City with a penchant for sentimental souvenirs that borders on hoarding and is the kind of leading lady with whom one can identify, or fall in love, and in the best-case scenario, a bit of both.

It’s Lucy’s open heart, often broken, that is the fulcrum of Krinsky’s film. After an embarrassing work incident and subsequent breakup with her suave superior, Max (Utkarsh Ambudkar), at the toney Woolf Gallery, Lucy descends into a depression surrounded by all of her old tchotchkes and trash that remind her of her many, many broken hearts, mementos that ensure all of these old loves were real, at one point. Her roommates, Nadine (Phillipa Soo, outfitted in gloriously Sapphic ‘70s duds) and Amanda (Molly Gordon, delightfully sociopathic), demand Lucy get rid of it all, but where to put it?

Enter Nick (Dacre Montgomery): a dreamer in his own right, pouring his blood, sweat, and tears into a ramshackle brick building he plans to turn into the Chloe Hotel. Nick and Lucy keep running into each other after she mistakes his car for a ride share, and soon she’s swept him up into her tornado of oversharing and whimsy. She devises a plan to display her mementos in a gallery inside the hotel, along with a donation system, providing a space for collective catharsis, and a home for all the symbols of relationships gone by.

While the story is formulaic at times, peppered with implausible coincidences (as most rom-coms are), a somewhat ludicrous but inoffensive twist, and a heartstring-tugging backstory, “The Broken Hearts Gallery” works because of its cast, particularly Viswanathan, but also Soo, Gordon, and Montgomery, who is too sweet and pretty to read as anything but pure. Ambudkar gets to play against type as bad boy Max, but his innate swagger is subsumed by the character, a stereotypical jerk.

The lush production design by Zazu Myers, especially in the Chloe Hotel, and rich cinematography by Alar Kivilo make for a colorfully saturated fantasy of New York City that elevates the film. This is a big, juicy rom-com, a rarity these days on the big screen, though it plays just as well on the small.

“Show me yours, I’ll show you mine” is the ethos of the Broken Hearts Gallery, espoused by its proprietress. Sharing is caring, and as Lucy embraces the broken heart she wears on her sleeve, it becomes her greatest source of love, strength and creativity. “The Broken Hearts Gallery” is a celebration of vulnerability as a key component in matters of romance and of self-love, a notion that proves to be a moving message indeed.

Rated: PG-13, for sexual content throughout and some crude references, strong language and drug references

Playing: In general release where theaters are open

As Images of Pain Flood TV, ‘Where Is Our Leader?’ 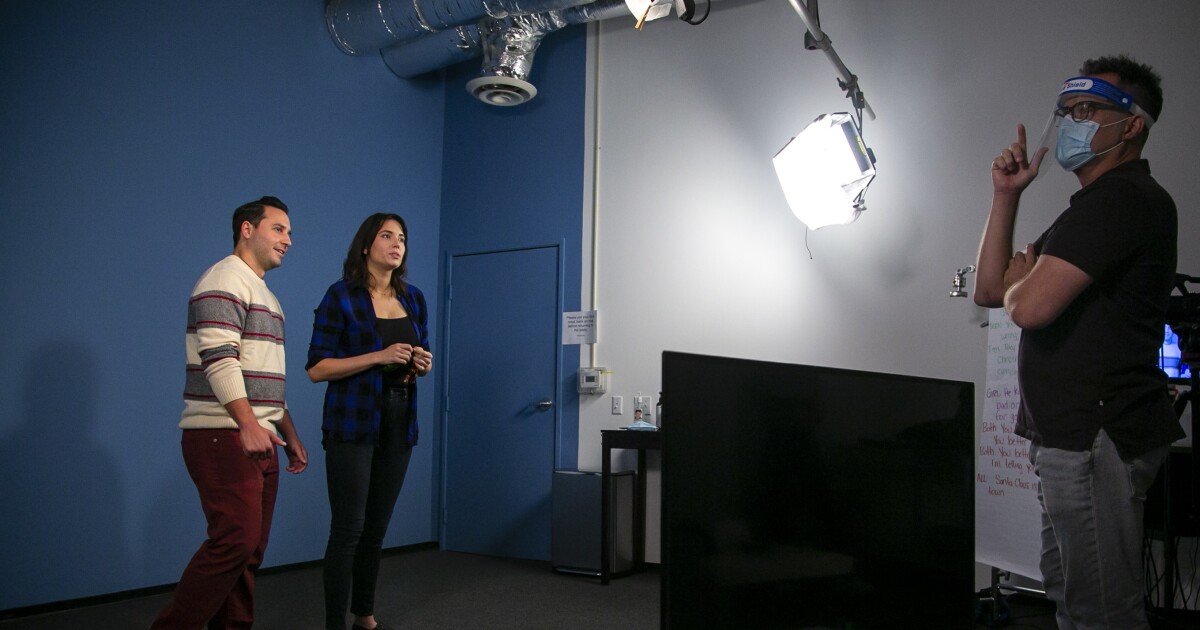 Zooming in: How the COVID-19 pandemic has changed Hollywood’s audition process

What’s on TV Friday: ‘The Good Fight’ and ‘Les Misérables’

The Market Grapples With Fear and the Timing of a Recovery 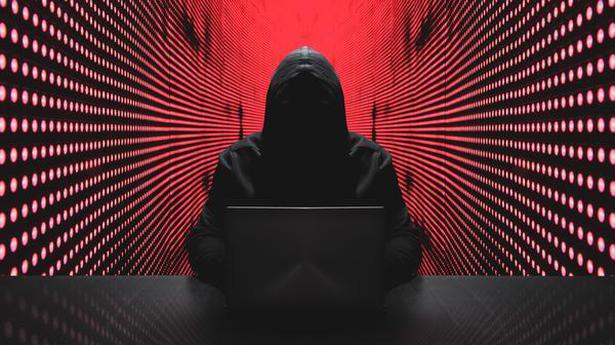 Emotet: Why did the ‘most wanted’ malware go on a 5-month hiatus?

For Your Ears Only: Broadway’s New Stage Is a Mic