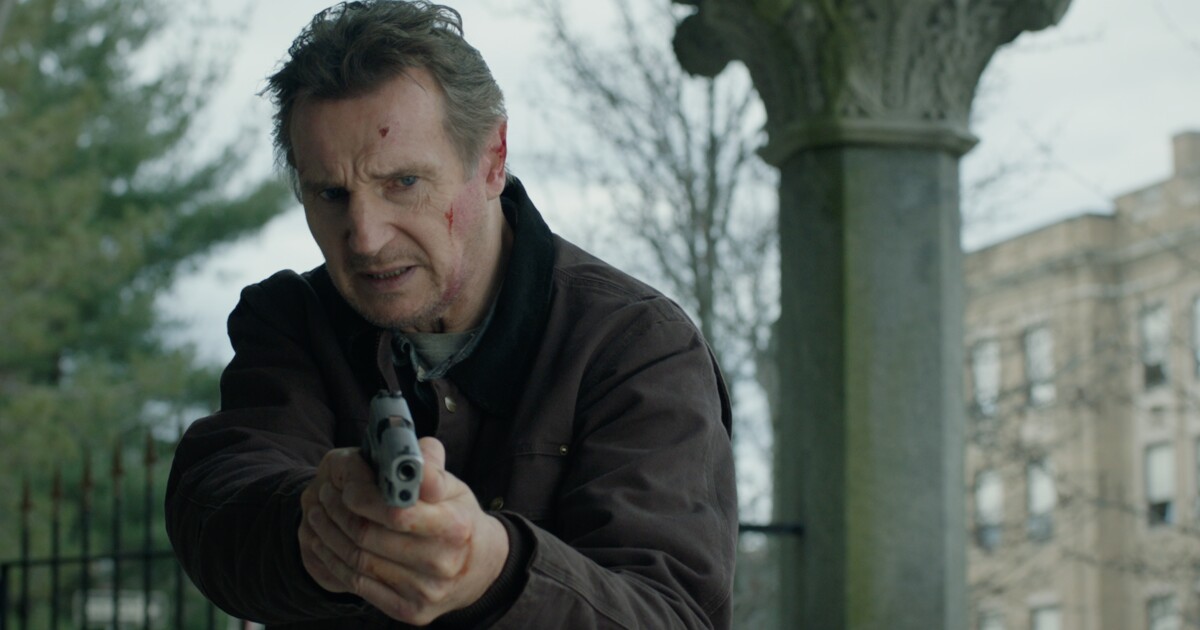 The Los Angeles Times is committed to reviewing new theatrical film releases during the COVID-19 pandemic. Because moviegoing carries inherent risks during this time, we remind readers to follow health and safety guidelines as outlined by the CDC and local health officials. We will continue to note the various ways readers can see each new film, including drive-in theaters in the Southland and VOD/streaming options when available.

Neeson plays Tom, a successful bank robber whose extremely precise pattern is somehow not decoded by the FBI over years. Riding a long unbeaten streak, Tom meets Annie (Kate Walsh, in a thankless role) and decides he should retire. We’re told she’s smart and funny and all that stuff, but we don’t really witness it. Nevertheless, to be with her, Tom tries to turn himself in and return the stolen millions in to the FBI in exchange for a favorable sentence. Through a difficult-to-swallow sequence of events, Tom ends up on the run from dirty Feds and spends the rest of the movie trying to clear his name for a murder he didn’t commit while protecting Annie. You’d think bad guys would know by now to leave Liam Neeson’s loved ones alone. The more mild mannered he seems, the more specific his set of skills turns out to be.

Liam Neeson is a bank robber with a very specific set of skills in “Honest Thief.”

There are elements of “Taken” and “The Fugitive” and other films here, but what might have lifted “Honest Thief” above the very predictable and low-energy pack might have been elements of “The Hurt Locker.” The film establishes an interesting backstory for Tom, involving defusing IEDs as a Marine and becoming embittered by seeing his father destroyed by uncaring economic forces. Thus he knows how to blow stuff up and likes sticking it to the man. But the movie ignores everything else that might mean, with an obligatory wave at the possibility of PTSD but no follow up. He says he robs banks largely for the adrenaline fix, but we never see that.

Unfortunately, Neeson and Walsh have little chemistry despite their relationship supposedly being so deep and passionate he’s willing to unnecessarily go to prison for her. Other notable actors are wasted, including Robert Patrick, Jeffrey Donovan and Anthony Ramos of “Hamilton” (beyond Ramos, there is another little nugget in there for “Hamilton” stans). Shelly Johnson’s cinematography is coldly efficient.

It’s one of those pseudo-thrillers with car chases and shootouts in which it’s hard to invest yourself because its rules seem fungible. Characters don’t behave the way people probably would in given situations. FBI agents refuse to vet tips on major crimes by simply asking a few basic questions. One agent brandishes his firearm like a John Woo villain, not a Quantico graduate. Characters forget they’re gravely injured. One is hospitalized for a concussion so severe it stops the person’s breathing, but the next day is out and about for a crime-stopping adventure. Guards aren’t stationed at a witness’ hospital room. It’s the kind of movie where the protagonist asks his girlfriend to spend their lives together, then says, “There’s something else I have to tell you,” only to be shut down with “No, no, not tonight; this girl’s had enough surprises for one night” as she strolls away, swigging from a champagne bottle.

“Honest Thief” could have used a reality check.

Playing: In general release where theaters are open

She Craved Salt and Felt Nauseated for Months. What Was Wrong?

GM and Honda to establish strategic alliance in North America

Whatever Happened to Arda Turan?

In ‘The Field’ Podcast, Voters Are the Main Characters

What’s on TV Saturday: ‘The Great’ and ‘Graduate Together’ 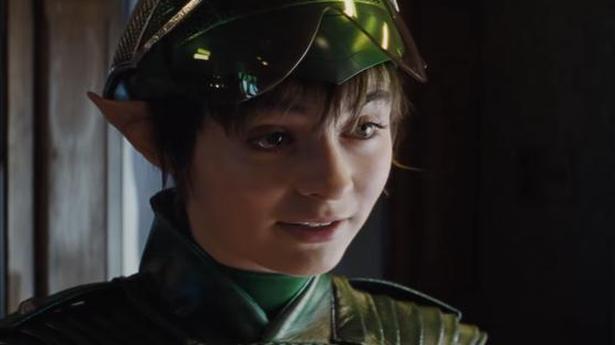 Artemis Fowl’s Lara McDonnell: ‘Holly Short is a role model for me!’

Trump Denigrated His Generals, Called Them ‘A Bunch Of P**sies,’ Woodward Writes