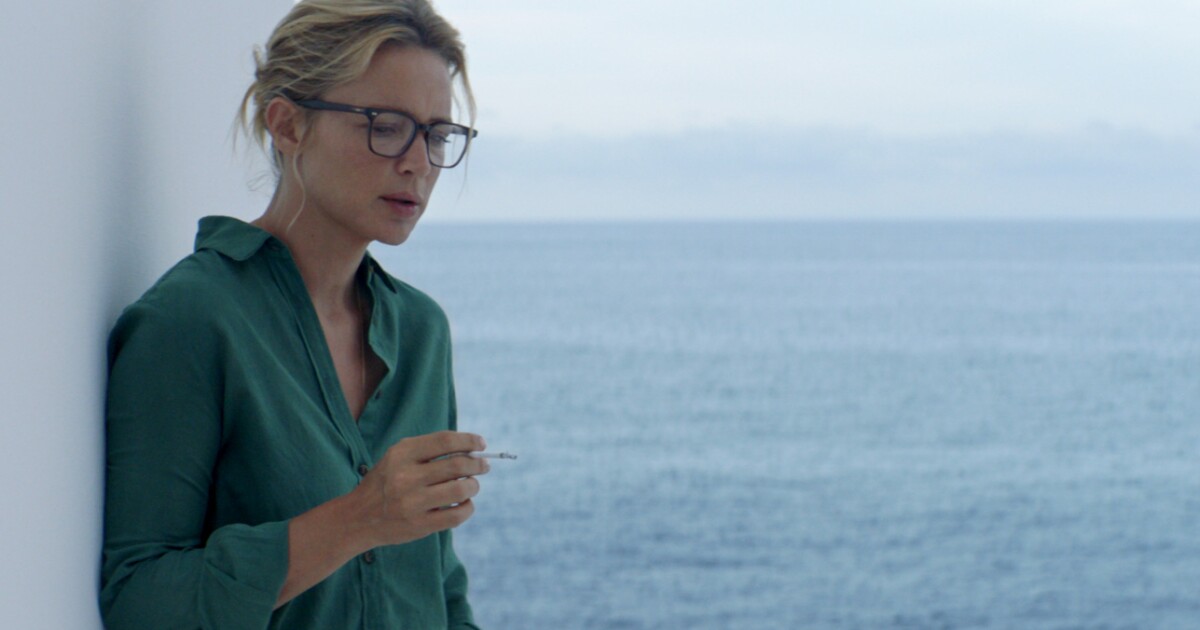 Sibyl is a shrink, a writer, a singer, an acting coach, a sister, a mother, a dreamer and a drunk — though not, for the most part, all at the same time. She contains multitudes, not unlike the ancient Greek oracles from whom she is nominally descended, and perhaps (a big perhaps) like Sybil Dorset, the pseudonym assigned to one of the world’s most famous dissociative identity disorder cases. Neither point of reference seems entirely lost on “Sibyl,” a smart and absorbing new French comedy that initially unfolds like a series of psychotherapy sessions and eventually brings its story to a suitably mythic climax not far from a sputtering volcano.

That fiery backdrop aside, the director Justine Triet (who wrote the script with Arthur Harari) isn’t too keen on staging big eruptions. She would rather invest in tension of every kind — comic, dramatic, erotic — and let it playfully build from scene to scene, all while entertaining a pleasurably wide range of moods and possibilities. When we first meet Sibyl (a superbly poised Virginie Efira), she’s excited to cut back on her successful career as a therapist and devote herself to what she believes is her true calling as a writer. Her loving, stabilizing boyfriend (a sensitive Paul Hamy), with whom she’s raising two kids, is more skeptical, partly because Sibyl is a recovering alcoholic and partly because he knows her affinity for drama isn’t limited to the realm of fiction.

Early on, though, her desire to turn over a new leaf seems genuine enough. She attends group recovery meetings where she speaks optimistically about her progress. She lends a sympathetic shoulder to her sister (Laure Calamy), who bemoans her singledom and her lousy career prospects. But Sibyl wasn’t always so well put together, as becomes clear in brief flashbacks to roughly nine years earlier, which Triet slides into the main narrative line with a deft hand and very little warning. (The scalpel-sharp editing is by Laurent Sénéchal.) As past and present repeatedly collide, we get to know the younger, more volatile Sibyl, the one who used to croon in bars, fight with her sister and carry on an intense but destructive romance with Gabriel (Niels Schneider).

Life was a lot messier back then but also a lot more exciting and unpredictable — the very qualities that Sibyl seeks to rediscover in her written fiction. But inspiration is hard to come by, until it arrives in the weepy form of Margot (Adèle Exarchopoulos, “Blue Is the Warmest Color”), a writhing mass of tears and fears who seems so desperate for counsel that Sibyl agrees to be her therapist. (Heist thrillers have one last job; this movie has one last client.) Margot, perhaps not surprisingly, is an actress, and she’s pregnant from her fling with Igor (Gaspard Ulliel), her hunky costar in a movie that’s being directed by Igor’s significant other, Mika (“Toni Erdmann’s” sensational Sandra Hüller).

And so “Sibyl” arrives at that well-traveled cinematic intersection where art meets, mimics and invariably distorts life. The love triangle is soapy enough for Sibyl to work up a creative lather, one that she feeds by committing any number of ethical lapses, including giving her client dubious advice, secretly recording their sessions and ultimately accompanying the fragile Margot to Stromboli, where her picture is in its wobbly last days of production. (The island locale is a nod to “Stromboli,” the 1950 Italian neorealist film that famously sparked a scandalous affair between its director, Roberto Rossellini, and his star, Ingrid Bergman.)

The movie that Mika is shooting appears to be a trashy if highly watchable European potboiler, but Triet doesn’t condescend to the genre, which could just as well encompass the movie she’s making, however elegantly. Nor is she afraid to mine the pleasures of this Italian getaway, including gorgeous ocean scenery, on- and off-screen carnality and all manner of winking film-within-a-film shenanigans. Real life is forever threatening to scuttle the production, whether through Igor’s dalliances, Margot’s moods or Sibyl’s actress-whisperer interventions. The fate of the shoot becomes its own source of intense fascination, mostly due to Hüller, who’s at once sympathetic and screamingly funny as a director who greets the potential collapse of her film and her relationship with near-superhuman pragmatism.

In these engrossing moments, Sibyl almost seems to recede from view — a temporary disappearing act that is both a clever bit of misdirection and a testament to her uniqueness. Played with sly wit, deep feeling and a touch of Hitchcock-blond sangfroid by Efira (who also starred in Triet’s 2016 comedy, “In Bed With Victoria”), Sibyl is the rare movie protagonist who, rather than announcing her identity loudly from the first frame, is still trying to figure herself out. “Sibyl” also seems to be trying to figure itself out, in ways that feel exciting and alive rather than clumsy. It’s a comedy of self-discovery, a drama of lingering addiction and a study of how even seemingly conquered traumas can devastatingly reassert themselves.

It’s no accident that the movie begins with not one but two sequences in which a loutish man barely lets her get a word in edgewise. Nor is it an accident that Triet allows the various therapy sessions — some of which find Sibyl visiting a counselor of her own — to blur together at the beginning, until the movie starts to feel like a conversation among many voices in the same addled mind. Our contentment in life is so often determined by which voices we choose to listen to and also by which stories we choose to tell — and believe — about ourselves.

In French and English with English subtitles

3 Texas Cops Shot After Responding To Call At Home

Eye on Beirut, Senegal Port Rushes to Truck Away Tons of Ammonium Nitrate iOS 13.6.1 Debuts With a Fix for ‘Green Tint’ Issue on iPhone Models

A Global Health Star Under Fire

A Visual Trek Through the Sweltering Jungle: In Search of Colombia’s ‘Lost City’