Back when the Go-Go’s were all over Top 40 radio in the early 1980s — helping define the colorful fashions and the can-do attitude of the first MTV generation — few fans would’ve called them “punk rockers.” But as Alison Ellwood’s comprehensive and rousing documentary “The Go-Go’s” makes clear, the band members started out as scrappy Los Angeles club-rats when they debuted in 1978, before evolving naturally and rapidly into pop superstars. The change ultimately tore the group apart.

Ellwood previously directed the excellent rock doc “History of the Eagles,” which offers an insightful take on the highs and lows of platinum-level musicians, both appreciating their craft and breaking down their intense interpersonal drama. “The Go-Go’s” is similarly well-balanced, digging deep into the development of the band’s music (with the help of some rare demos and live footage) while also reckoning, frankly and sometimes startlingly, with the rifts that began almost as soon as the members started making hit records.

The parts of the movie that will be the most revelatory — even to people who had “We Got the Beat” and “Vacation” in heavy rotation in the ’80s — have to do with the band’s early days, when the Go-Go’s bashed out loud, aggressive music on the same bill as the legends of L.A. punk, turning skeptical skinheads into converts.

Then the founding members Belinda Carlisle and Jane Wiedlin started adding and replacing pieces, bringing in talented songwriters Charlotte Caffey and Kathy Valentine and ace drummer Gina Schock. With each shift in personnel, the songs got catchier and the crowds grew bigger. Soon the Go-Go’s were touring the world, taking lots of drugs, and becoming increasingly paranoid about whether all the money coming in was being divided fairly.

Ellwood avoids putting any simplistic spin on the Go-Go’s arc. Every woman in the band gets to say their piece, unfettered — even the ones who were booted out before the first album. They all explain that even at their most strained, the relationships in the band were never totally toxic. They had fun together offstage sometimes; and they were dynamite on stage.

But there were external forces working against them, including the deeply ingrained sexism of the music business. First, no label would sign them because “girl groups don’t sell.” When they reached No. 1 on the charts, they had to deal with a rock press that wanted to turn them into sex objects — all while asking loaded questions about whether they were at one another’s throats all the time.

“The Go-Go’s” covers all of that but never loses track of why most people will want to watch a film like this in the first place: because the Go-Go’s made exciting, hooky music, which inspired other women to pick up guitars. This film isn’t always “upbeat,” but it is honest. It’s the story of a still underrated, pioneering rock band — who, like a lot of pioneers, sometimes got a little lost.

As Bodies Accumulate, So Do Fears of a High Coronavirus Toll in Ecuador 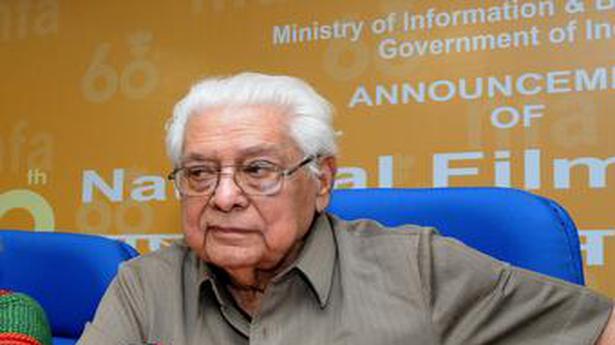 ‘Bosch’ and ‘Fauda’: The Platonic Ideal of the Tough Guy