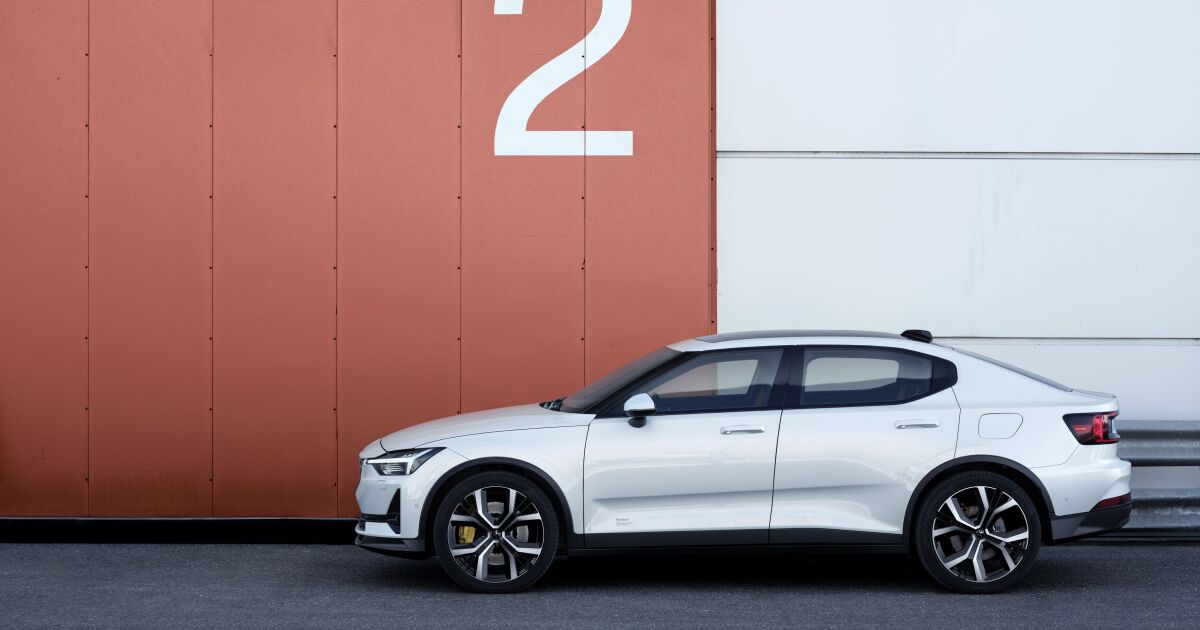 When I tell people I recently drove the new Polestar 2, the first question I get is a variation of “What’s a Polestar? Never heard of it.”

Electric car aficionados have been eagerly awaiting its arrival as the first true direct competitor to the Tesla Model 3. The reception of automobile buyers and reviewers will help determine whether buyers really want electric cars — or just Teslas. It’s already available in Europe; U.S. deliveries begin in mid-September, starting in Southern California.

The Polestar 2 was designed and engineered in Sweden and manufactured in China. Polestar is a new company, a 50/50 joint venture combining Sweden’s Volvo and China’s Geely.

Like the Model 3, the Polestar 2 is a joy to drive, albeit with different characteristics. To me, the Model 3 is a youth machine, a bit weird in a “hey, look at this” way — and if it isn’t held together all that well, who cares? It’s more cool than practical.

The Polestar 2 is more of an adult’s car, comfortably appointed. It carries a somewhat heavier feel behind the wheel but in a confident, reassuring way. But if you want to push it, it’s fast, it holds the road and the steering is precise.

I drove a Polestar 2 last week through the twisties on Highway 84 near Silicon Valley, on the way to Alice’s Restaurant in Woodside for a turkey sandwich.

The two-lane is known locally as La Honda Road and runs past the town where Ken Kesey hosted some of his LSD “acid tests” in the ‘60s.

Nearly 60 years later, perfectly sober and drug-free drivers can still get their kicks on a road that’s all curves, double yellow lines and trees. Best to go at dawn, because there’s no safe way to pass slowpokes. I encountered a hay truck and had to pull over for awhile and check my email.

I found the Polestar 2 to be one of the very best driving electric vehicles on the market right now. Its suspension and steering were nearly as satisfying as the Porsche Taycan electric sports sedan. But where the Polestar 2’s base price comes in at $60,000, the Taycan can easily cost more than twice that.

The Polestar’s exterior design is handsome enough. The interior is elegant, in that simple-luxury Swedish way. Not as bare bones as the Model 3’s austere screen-on-a-shelf aesthetic, but then you don’t need to scroll through a menu to work the windshield wipers in the Polestar.

The range is adequate for most purposes, with an expected EPA rating in the mid-200 miles. The zero-to-60 time is rated at 4.4 seconds. The Model 3 has a longer range and a faster off-the-line time. If you live and die by stopwatch speed, get a Model 3. For everybody else, the Polestar 2 will prove plenty fast and powerful, its two electric motors capable of G-forcing you and your passengers into the seat backs, if you’re into such things.

The car comes with Volvo’s driver safety and assistance package, Pilot Assist. It’s not as cutting edge as Tesla’s Autopilot — it doesn’t automatically change lanes — but at no time did I feel unsafe.

Some might think the price a bit high. Price differences depend on configurations but there’s no question the Polestar 2 costs more than the Model 3, with the latter’s average selling price of around $50,000.

In large part, that’s because of 25% tariffs imposed by the Trump administration on cars imported from China and included in the price of the car.

The price is likely to crimp Polestar’s U.S. ambitions. The company expects to sell “tens of thousands” of Polestar 2s next year. A Polestar executive says it’s moving slow to ensure a quality rollout.

Geely, one of China’s most successful big private car companies and arguably its most interesting, should have enough cash to help Polestar get its footing. (Geely actually owns Volvo, though Volvo is a separate company, able to do a joint venture with its parent company. It’s complicated.)

Polestar expects to introduce its next car late next year, the Polestar 3 compact SUV, built on Volvo’s new SPA2 all-electric platform. That will allow a shift in design aesthetic toward something more cutting edge, hinted at in Polestar’s Precept concept car. (For those wondering, yes there is a Polestar 1, a hybrid-drive supercar that costs $150,000. Only 150 are made each year.)

For distribution, Polestar is going the Tesla route: It’s selling cars online and building showrooms, not dealerships. Unlike Tesla, though, it won’t be building out a service network. It will use Volvo’s extensive service network instead.

A showroom will open soon on Wilshire Boulevard in Beverly Hills. A pop-up store will open in San Francisco’s Union Square, with more permanent Bay Area setups in Silicon Valley and Marin County. There will be another in Manhattan and three in Canada’s biggest cities. More showroom locations will follow in 2021.

On the tech front, Polestar is the first automobile anywhere to include the new Google Android Automotive OS. A full-fledged software operating system, it serves as the base of the car’s driver-passenger information system. Don’t confuse it with Android Auto, which because of inept Google branding will be easy to do. People use Android Auto, like Apple’s CarPlay, to plug a smartphone into the car and make use of the phone and the apps through the car’s system.

With Automotive OS no phone is necessary, though Android Auto or Apple CarPlay can still be used. The system works more like Google Home, or Amazon’s Alexa.

The best thing about the new setup is the quality of voice recognition. Voice command in most cars remains abysmal, partly because the companies don’t possess the prodigious consumer datasets that Google and Amazon do, nor the massive cloud computing server farms the tech giants use to develop and perfect the language understanding elements of machine intelligence.

The car companies have tried to avoid allowing Big Tech the chance to dominate the potentially lucrative data streams that will increasingly flow into automobiles and out into the rest of the world. But Polestar believes that Google can do a better job than it can on the info front, and a better user experience will allow it to sell more cars. Volvo feels the same: Starting next year, Volvo will begin adding Android Automotive OS to its new vehicles, and encouraging developers to build custom apps.

To me, and to many safety experts, robust and reliable voice recognition is key to reducing driver distraction, a longstanding problem only made worse by smartphones and the digital infotainment systems that divert fingers from the wheel and eyes from the road.

The Polestar iteration of the operating system shows promise. For the most basic car commands, the voice recognition is excellent, the best I’ve experienced by far. But for now it’s a bit limited. You can ask to turn the volume up or down, or the AC to be cooler or warmer, and your wish is its command. But you can’t ask to lower the bass or increase the treble.

Its Google roots sometimes show up in funny ways. Hey, Google, I said, bring up the sound system’s equalizer. The response: “‘The Equalizer’ is a 2014 movie directed by Antoine Fuqua…”

Modern automotive technology will remain a work in progress. But judging from first blush, the Polestar 2 is heading in the right direction.

A loss of taste and smell may be the best way to tell if you have coronavirus, new study shows

Coronavirus: 'Music is just an instinct to me'

Groceries Are the New Lending for Apps in Virus-Hit India. Will It Last?