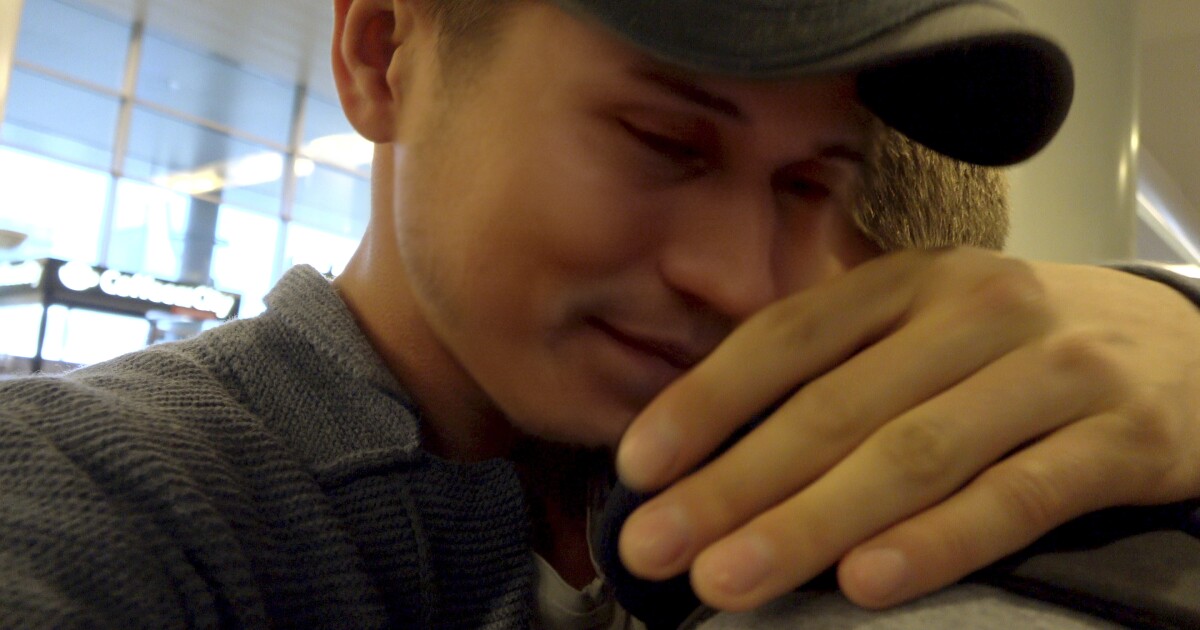 With 2020 such a nightmare (and we’re still in the first act), it’s sometimes a challenge to wrap our brains around the world’s many pre-existing crises.

David France’s daring new documentary “Welcome to Chechnya” goes undercover to detail one such horrific situation, the extrajudicial persecution of gays and lesbians in the Chechen Republic. First reported in 2017, the anti-gay purge has targeted people based on their perceived sexual orientation, exposing them to unlawful detainment, torture and worse.

Republic head Ramzan Kadyrov has angrily denied there is a purge, unwilling even to acknowledge the existence of gay men in the largely Muslim Chechnya, saying they would have been killed by their families. Sadly, he’s not far wrong, as “honor” killings are not uncommon.

In the wake of the killings, mutilations and disappearances, LGBTQ activists have stepped in. An elaborate underground network of international organizations utilize secret identities, safe houses and clandestine extractions to transport as many victims to safety as possible.

France wisely zeros in on two activists and two people who find themselves targeted — one by the Chechen government, the other by her own family. Embedded with the rescue teams, France and his minimalist crew craftily record audio and video while these high-stakes operations play out with the intensity of a Bourne thriller.

We first meet David Isteev, crisis response coordinator for the Russian LGBT Network, who possesses the calm, cool demeanor of a special ops agent. Brimming with empathy and understanding, Isteev is nevertheless able to make split-second decisions to ensure the safety of his charges.

Likewise, Olga Baranova, director of the Moscow Community Center for LGBT+ Initiatives, offers clear-eyed support balanced by the warmth of a mom (which she is) to those who pass through the Moscow safe house. Those fleeing for their lives are typically channeled through the Russian capital before being spirited to a nearby country — identified in the film as “Somewhere in Europe” or “Somewhere in Eurasia” for security reasons.

Among those aided by the network is 21-year-old “Anya,” the daughter of a high-ranking Chechen official. She was being blackmailed by an uncle who discovered she is a lesbian. If she refused to have sex with him, he threatened to out her to her family, putting her at grave risk of an “honor” killing.

“Grisha,” a Russian presenter and event planner, was working in Chechnya when he was detained and tortured. He was mistakenly released but then sought sanctuary when he realized the Chechens were looking for him. Eventually, in the face of threats to their safety, Grisha’s boyfriend, his mother and sister, along with her two young children, also needed to take refuge, creating a greater challenge and more middle-of-the-night maneuvers for their rescuers.

In addition to using subjects’ aliases and keeping the geography vague, France deploys digital means to distort identities but preserve emotions and facial reactions — think “The Irishman” but ultimately less distracting. The effect is initially disorienting but preferable to subjects speaking in the shadows.

If Chechnya seems like a far and distant land, beyond our sphere of concern, keep these numbers from the film in mind: In two years, the Russian LGBT Network resettled 151 survivors, 44 of them in Canada. The Trump administration has accepted no Chechen LGBTQ refugees. None. Reportedly, more than 40,000 people remain in hiding.

As in his previous films, the Oscar-nominated “How to Survive a Plague” and “The Death and Life of Marsha P. Johnson,” France, an investigative reporter, presents ordinary citizens doing remarkable things. If only our governments could learn to follow suit.

In Russian, Chechen and English with English subtitles

How restaurants plan to survive widespread layoffs from the coronavirus pandemic

Anushka Sharma’s composure in tough situations inspires me to fight it out: Virat Kohli