The Cambridge kids are front and center in a recent video from Kensington Palace, and royal fans are losing it over hearing their voices for the first time.

The siblings, who often appear in photos and occasionally accompany their parents to certain royal engagements, all take turns asking renowned broadcaster and naturalist Sir David Attenborough questions in a clip posted over the weekend.

Wearing a bright red and blue shirt, George, 7, was the first to appear on camera and said, “Hello, David Attenborough. What animal do you think will become extinct next?”

Once the environmentalist answered, Charlotte, 5, was up next.

“Hello, David Attenborough. I like spiders. Do you like spiders too?” the little one said with a smile, quickly running through her question.

Louis, 2, was last, but certainly not least, when he asked Attenborough, “What amimal do you like?”

“I just realized that I never heard their voices,” one commenter wrote, while another added, “It’s so nice to hear their voices! Cuteness overload!!”

Some also thought that Charlotte sounded just like her mom, Kate Middleton, while everyone was in agreement over Louis’ adorably quick “amimals” appearance.

Kate, Prince William and all of the kiddos recently spent time with the naturalist after the Duke of Cambridge got a special screening of Attenborough’s new Netflix film, “A Life on Our Planet,” in the gardens of Kensington Palace.

The duke is getting a nature documentary of his own with the ITV special “Prince William: A Planet for Us All,” which premieres Monday night in the U.K.

While speaking with camera crews nearly two years ago, William revealed that he “always loved nature,” but his kids have given him “a new sense of purpose.”

“Now I have got George, Charlotte and now Louis in my life ― your outlook does change. You want to hand over to the next generation the wildlife in a much better condition,” William said. “I always believe it is possible to give young people hope and belief that things can get fixed.”

‘Books of Blood’ Review: Not Quite a Page-Turner

Here are five charts that track how the U.S. economy is recovering from coronavirus 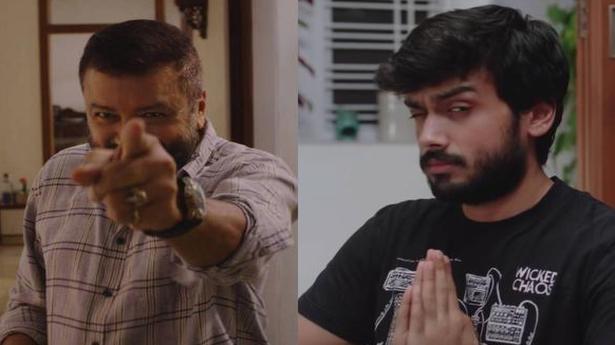 ‘Putham Pudhu Kaalai’: Jayaram and Kalidas on acting in the anthology