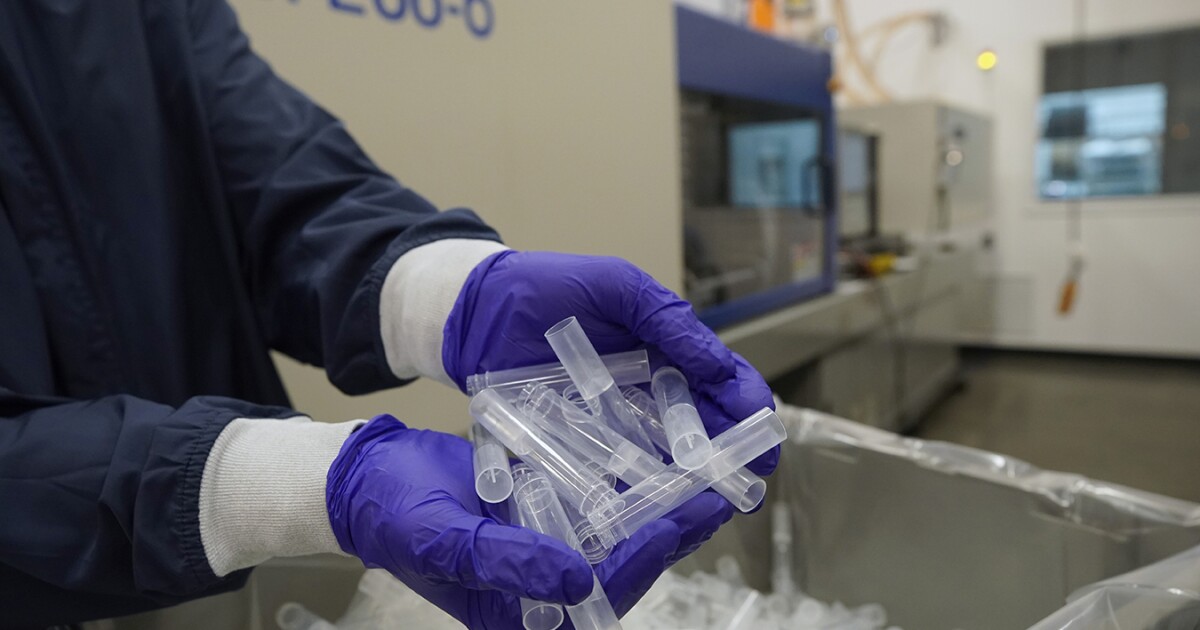 As the coronavirus pandemic broke out across the country, healthcare providers and scientists relied on the standard method for detecting respiratory viruses: sticking a long, swab deep into the nose to get a sample. The obstacles to implementing such testing on a mass scale quickly became clear.

Among them: Many people were wary of the unpleasant procedure, called a nasopharyngeal swab. It can be performed only by trained health workers, putting them at risk of infection and adding costs. And the swabs and chemicals needed to test for the virus almost immediately were in short supply.

Some places, including Los Angeles County, moved early to self-collected oral swabs of saliva and sputum, with the process supervised at drive-through testing sites by trained personnel swathed in protective gear. Meanwhile, researchers began investigating other cheaper, simpler alternatives, including dribbling saliva into a test tube.

Eight months into the pandemic, the move toward saliva screening is gaining traction, with tens of thousands of people across the country undergoing such testing daily.

Saliva tests, however, still represented only a small percentage of the more than 900,000 tests conducted daily on average at the end of September. Regulators and scientists are generally cautious about new, unproven technologies and have an understandable bias toward well-established protocols.

“Saliva is not a traditional diagnostic fluid,” said Yale microbiologist Anne Wyllie, part of a team whose saliva-based test, called SalivaDirect, received emergency use authorization from the Food and Drug Administration in August. “When we were hit by a virus that came out of nowhere, we had to respond with the tools that were available.”

In a research letter published in the New England Journal of Medicine, the Yale team said it detected more viral RNA in saliva specimens than in nasopharyngeal ones, with a higher proportion of the saliva tests showing positive results for up to 10 days after initial diagnosis. Now it is providing its protocol on an open-source basis and recently designated laboratories in Minnesota, Florida and New York as capable of performing the test.

The FDA has also authorized emergency use of several others, including versions developed at Rutgers University, the University of Illinois at Urbana-Champaign, the University of South Carolina and SUNY Upstate Medical University. A further advance, an at-home saliva test, could be headed for FDA authorization, too.

Since the start of the pandemic, the Trump administration’s approach to testing has been hampered by missteps and controversy. The FDA’s effectiveness relies on public trust in how it balances the need for speed in authorizing innovative products like saliva tests with ensuring safety and effectiveness, said Ann Keller, an associate professor of health policy at UC Berkeley.

“You obviously want to get new tests into the mix quickly in order to address the emergency, but you still need to uphold your standards,” Keller said. The White House’s public pressure on the FDA has complicated the agency’s efforts by undermining its credibility and independence, she said.

Respiratory viruses colonize areas inside the nasal cavity and at the back of the throat. Besides the nasopharyngeal approach, nasal samples obtained with shorter and less invasive swabs have proved effective for COVID-19 and have become widely adopted, although they also generally require a healthcare worker’s involvement.

In the early months of the pandemic, some researchers reported finding significant levels of the virus in oral secretions. A study conducted in Hong Kong, for example, said the virus was detected in the saliva of 11 of 12 patients with confirmed coronavirus infections.

In Los Angeles, which began using the oral swab test in late March, more than 10,000 samples are collected per day, said Fred Turner, chief executive of Curative, the company that developed it.

Turner sees an advantage to the swabbing strategy, in which a healthcare worker oversees the sample collection — reminding people to cough to bring up fluids, for example. The self-swab procedure takes only 20 to 30 seconds, while producing enough saliva for testing can take people two to three minutes, and sometimes longer, he said.

“That might not sound like much difference,” he said, “but it is when you’re trying to push 5,000 people through a test site.”

Curative’s three labs process tens of thousands of tests from jurisdictions across the country, Turner said. A test developed at SUNY Upstate Medical University, which is expected to become available at state labs around New York, also uses an oral swab.

When investigators at the University of Illinois launched what they called a “Manhattan Project” to develop a saliva test by mid-June, they hoped to make it possible for people to visit a collection site, drool into a test tube, seal it and drop it off without the aid of a healthcare worker.

The university is now testing more than 10,000 people a day at its three campuses and is seeking to expand access to communities across the state and country, said chemistry professor Paul Hergenrother, who led the research team. Like the similar Yale test, it is being made freely available to other laboratories, and the University of Notre Dame recently adopted it.

Prices for coronavirus tests vary widely, running upward of $100. Tests based on the Yale or University of Illinois protocols, which require only inexpensive materials, could be available for as little as $10. The Curative testing service, which includes collection and transportation of samples as well as the laboratory component, averages around $150 per test depending on volume, said Clayton Kazan, chief medical director of the L.A. County Fire Department, which uses the tests.

For many, the ultimate goal is a saliva test that can flag a coronavirus infection without requiring laboratory analysis.

“People really do want to get that pregnancy-type kit out there,” she said. “You could basically send people a little packet with little strips, and you pull off a strip every day and put in under your tongue.” 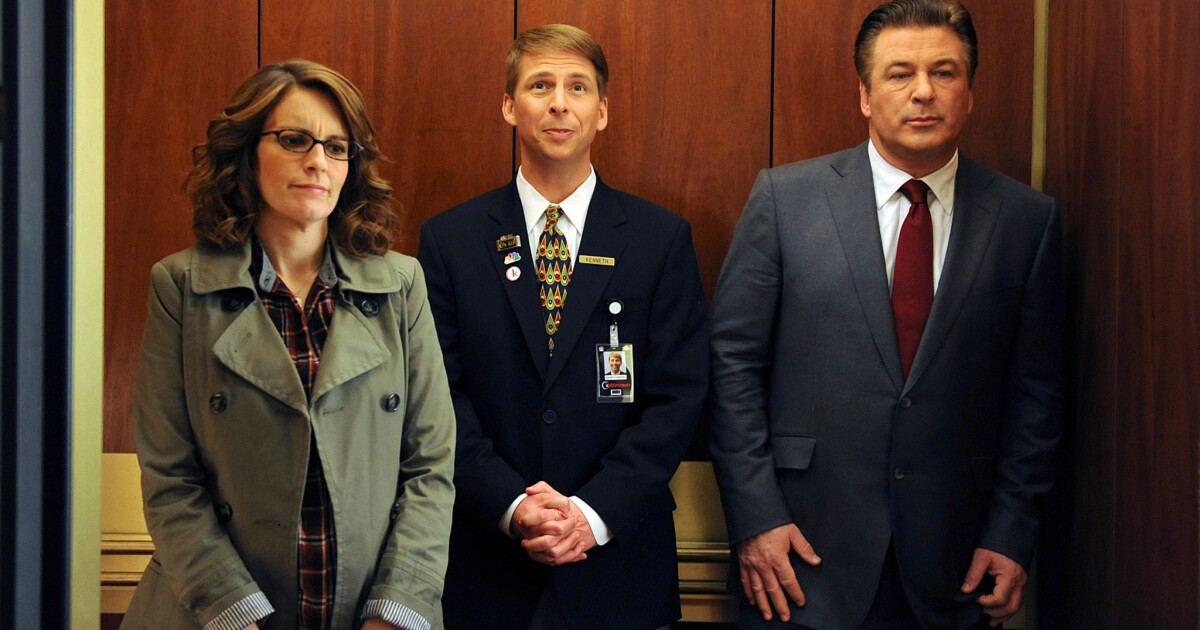 Everything you need to know about Peacock

What Went Viral This Week

‘Terror Crocodile’ the Size of a Bus Fed on Dinosaurs, Study Says 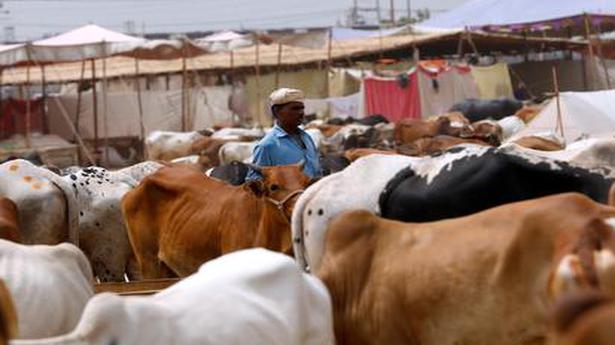