Both later books were widely criticized as relying on unrepresentative samples of respondents. After the publication of “Women and Love,” which Time magazine said was simply an excuse for her “male-bashing,” Ms. Hite received death threats in the mail and on her answering machine.

Many dismissed her as an angry feminist, though she had come to her feminism in a roundabout way. As a graduate student at Columbia University, she earned money for tuition as a part-time model. One of the brands she posed for was Olivetti typewriters, which showed her as a leggy blonde caressing a keyboard. But when she saw the ad’s tagline — “The typewriter so smart, she doesn’t have to be” — she was horrified and soon joined a group of women picketing the Olivetti offices against the very ad she was in.

That led to her attending meetings of the New York chapter of the National Organization for Women. At one meeting, by her account, the topic was the female orgasm and whether all women had them. There was silence, until someone suggested that Ms. Hite look into the matter. When she saw how little research had been done, she began what would become “The Hite Report.”

The tidal wave of anger and resentment against her inspired 12 prominent feminists, including Gloria Steinem and Barbara Ehrenreich, to denounce the media assaults on her as a conservative backlash directed not so much against one woman as “against the rights of women everywhere.”

And it fueled Ms. Hite’s decision to give up her American passport, leave the country and settle in Europe, where she felt her ideas were more accepted.

“I renounced my citizenship in 1995,” she wrote in 2003 in The New Statesman. “After a decade of sustained attacks on myself and my work, particularly my ‘reports’ into female sexuality, I no longer felt free to carry out my research to the best of my ability in the country of my birth.”

The New York Times caught up with her in Germany in 1996 in the apartment she shared with her German husband, Friedrich Horicke, a pianist, in Cologne. “The hunted look she had during her last years in the United States has long gone,” The Times wrote, “and she has regained her sense of humor — but only because she is, at last, being taken seriously.” 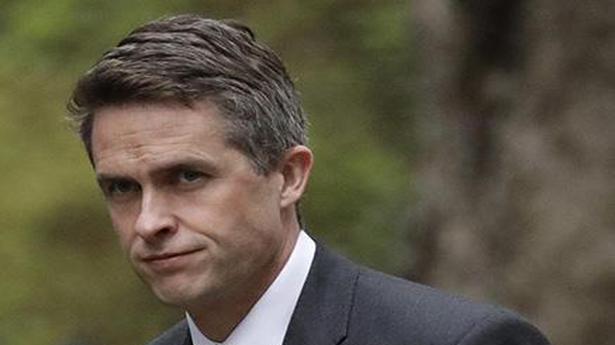 Schools, colleges reopen after months of COVID lockdown in England

Coronavirus fight: Trump says there’s light at the end of the tunnel with vaccine and treatment research

When will children go back to school?

Milley Apologizes for Role in Trump Photo Op: ‘I Should Not Have Been There’