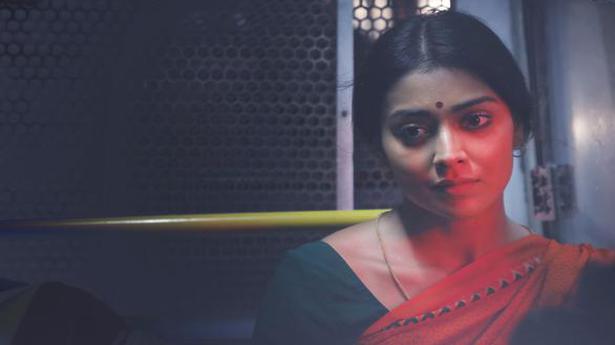 Actor Shriya Saran headlines an ambitious pan-Indian project titled Gamanam which will be released in Telugu, Tamil, Hindi, Kannada and Malayalam. The first look poster of the film co-produced by cinematographer V S Gnana Shekhar and directed by Sujana Rao was unveiled on Friday by director Krish, to coincide with Shriya’s birthday.

Gnana Shekhar is handling the cinematography of Gamanam, which he is producing in collaboration with Ramesh Karutoori and Venki Pushadapu. The filming of Gamanam has been completed and post production work is on.

Sai Madhav Burra has written the dialogues while the film boasts of music by maestro Ilaiyaraaja. Details of the rest of the cast and crew are awaited.

Coronavirus deaths in U.S. projected to surpass 200,000 by October

Meatpacking Plants Turn To Trump For Backup Against Lawsuits

One of Amazon’s Most Powerful Critics Lives in Its Backyard