Simon and Brookfield will pay roughly $300 million in cash and assume $500 million in debt, Sussberg said during a court hearing.

Wells Fargo has also agreed to give Penney $2 billion in revolving credit once the transaction is completed, leaving the retailer with $1 billion in cash, he said. Penney plans to seek approval from the bankruptcy judge for this rescue deal early next month.

Meantime, the hedge funds and private equity firms that have financed Penney’s bankruptcy are set to take ownership of some stores and the retailer’s distribution centers, in exchange for forgiving some of Penney’s $5 billion debt load. Penney’s lenders, led by H/2 Capital Partners, are going to own those assets in two different real estate investment trusts, or REITs, Sussberg said.

Hit hard by the coronavirus pandemic and swallowed by an overhang of debt, Penney filed for Chapter 11 bankruptcy protection in May. It had nearly 850 locations at the time.

Dozens of other retailers, including the department store chains Neiman Marcus, Stage Stores and Lord & Taylor, have filed for bankruptcy protection during the Covid-19 crisis. Some retailers have not found buyers to rescue them. Lord & Taylor, the oldest department store operator in the nation, and the home goods chain Pier 1 Imports are in the process of liquidating.

Talks to rescue Penney have been going on for weeks. During an Aug. 31 hearing, Kirkland & Ellis’ Sussberg said talks with the top bidder that consisted of Penney’s landlords weren’t going anywhere. Instead, Penney’s lenders were going to prepare to make a credit bid to own the retailer as a stand-alone company, he said at the time.

Penney’s revenue and market value have dwindled over the years, with shoppers flocking less frequently to its stores and instead buying online. It reported net sales of $10.7 billion in 2019, down from $12.6 billion in 2015.

Sussberg had also previously said that Penney’s unencumbered real estate was valued at $1.4 billion when the lights are on, and $704 million when they’re dark. The value of the retailer’s real estate over time has fallen, especially during the pandemic, as there is less and less of a desire to own bulky anchor spaces at malls.

Any deal by Simon and Brookfield is still subject to court approval and competing bids.

Simon has already reached deals this year to save men’s suit maker Brooks Brothers and denim retailer Lucky Brand from bankruptcy, teaming up with the apparel licensing firm Authentic Brands Group to do so. It also previously teamed up with ABG and Brookfield to save Forever 21. Brookfield in May said it was planning to spend $5 billion to save retailers hurt by the pandemic.

Analysts have said, among a number of reasons, the mall owners could be looking to save Penney to prevent from having multiple empty department stores at their malls, potentially triggering so-called co-tenancy clauses that allow other retailers in the mall to renegotiate their own leases or vacate. Owning Penney would also give Simon and Brookfield the ability to repurpose their own real estate more easily, should some Penney stores in their malls close.

Representatives from Simon and Brookfield did not immediately respond to CNBC’s requests for comment.

Urge everyone to take care of themselves: Taufeeq Umar after recovering from Covid-19

Grime station Channel U to return to TV 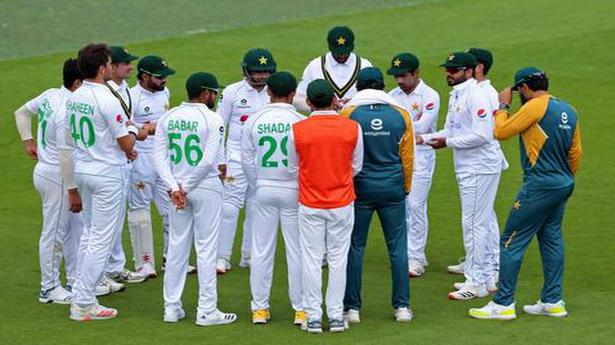