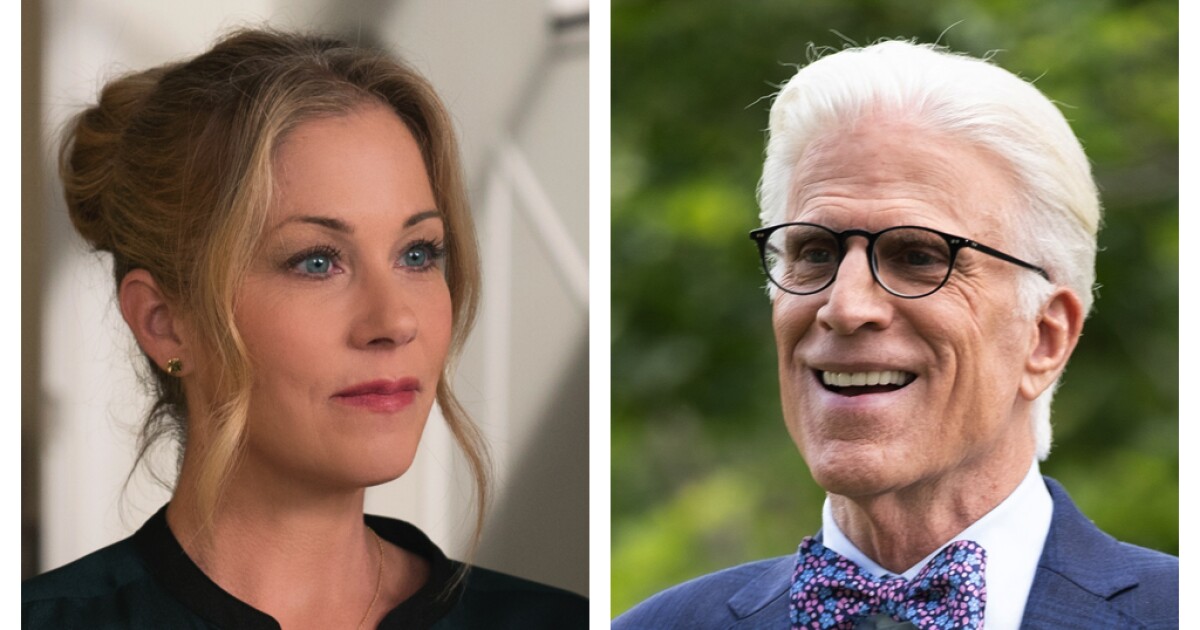 In the world of television, no one can ever really say which shows are going to rush into the cultural bloodstream and which are never going to break the skin. But showrunners know that familiar casting can be an insurance policy against failure, a nod to viewers that a series is worth checking out. There aren’t many actors in the business with that cachet, but their repeated ability to persuade audiences to tune in is gold to networks.

Ted Danson and Christina Applegate are two of the industry’s most reliable players. Both have managed to maintain thriving small-screen careers for four decades, elevating every series they touch (as leads and as guest stars) while drawing awards recognition for their consistently engaging work. Between them, they’ve earned 21 Emmy nominations and scored three wins.

Here, the two muse on their favorite moments, the lessons they’ve learned, and a few highlights from decades of on-camera life.

A favorite scene to shoot: There was a bar trick on “Cheers” where you’d slide a beer down to the person who ordered it, but the beer actually turned the corner and landed right in front of the guy. There was this teeny piece of filament tied to the handle so I could scoot it down and then guide it around the curve. We practiced that a lot.

Something new that “The Good Place” allowed you to do…

Play a demon. [laughs] The part was just old-fashioned hard, because it was almost like doing Shakespeare. It was a very elevated style, a very elevated language, so I had to work my butt off to pull it off. Which was a challenge and fun, but it was very much as if we were doing a little morality play every week.

Career high: I don’t like the word “career” because it always feels like you should find it in an obituary. I’m Pollyanna. I’m always eager to see what’s happening next. I would have been very at home in the 1940s-’50s studio contract player system. I’m very content to be handed the script and told, “Here’s what you’re doing next” and off I go to put on a cowboy hat.

Career low: To this day, at least once a year I will have a full-on panic attack. But the worst low is probably any scene I’ve ever done with Larry David.

The thing fans most often want to talk about: It’s funny, when you walk through an airport you can always tell who’s coming up because of “CSI” or “Cheers.” But recently it’s been the teenagers who come up just dying to talk about “The Good Place.” That makes me so happy. The writing is so smart. It really is about how to lead a purposeful life, how to be ethical, knowing there are consequences to your actions. It really is about something. It’s also not talking down to anyone, it’s talking up to people.

Devise an award you deserve for making it this far: The If I Can Do It Anyone Can Do It award.

The key to longevity and survival: I love going to work. I love driving through a studio gate. I love this industry. I’m proud to be an actor. It can be important work when done right. I think that probably helps. And then [“Cheers” cocreator] Jimmy Burrows used to say, “One of the truisms in this business is: The longer you’re on TV, the longer you’re on TV.” Somewhere along the line I realized: Just find the most creative people in the room, ask them nicely if you can be part of what they’re doing, and you stand a chance of being in something authentic.

Christina Applegate, “Dead to Me”

A favorite scene to shoot: I had a lot of fun on “Samantha Who?” That cast was a really special group of people. One night we were all in a car scene — Jennifer Esposito, Melissa [McCarthy] and myself — and we decided to have a glass of wine. The three of us started improv-ing, and the crew watched us just have mental breakdowns. But we were laughing so hard. We always knew that Melissa was going to be an enormous star.

Earliest memory from the set: I was 9. I remember being on the set of a commercial and we were all supposed to be in a slumber party. All the other kids were going bonkers and I literally slept through a two-hour lighting set up. They said, “I guess this is where you feel most comfortable.” Ever since, if I have a scene where I’m in a bed and I’m supposed to be sleeping, I usually fall asleep.

Career high: I think [“Dead to Me”] because it’s touched a lot of people. I’ve been on stuff that half the people hate and half the people love. I’ve never been on something before where people go, “This is making me have all the feels.” It’s raw, it’s human.

Career low: I’ve never really felt that way. I’ve had hits and misses, for sure, but I’m a journey kind of person, not end result. Once I leave, it doesn’t belong to me anymore and it doesn’t matter.

Something new that “Dead to Me” allows you to do: When you’re in a straight-up comedy, timing is a huge part of it, and you have to keep your energy up, you’ve gotta stay in that pocket. It can be exhausting. And with this, everything was stripped off of me as a person and as an actor. Having to go into the darkest places that you can go and be funny is incredibly challenging, but it feels good. Some days it’s like, I needed to cry hysterically 50 times in a row.

Devise an award you deserve for making it this far: The Actress Who Didn’t Completely Lose Her Mind. [cackles] Like has but not completely.

The key to longevity and survival: I always make this joke: “The key to longevity is mediocre success.” [laughs] You can’t get that brass ring, man. You gotta stay underneath and just keep riding the ride. It’s about trajectory. I feel like I’ve been able to maintain this level of — I don’t want to say “mediocrity” — of, we’re going to just hit it right here. This is where it stays.

One America News [OANN], The Network That Spreads Conspiracies to the West Wing

Melania Trump Tested People With A White House Puzzle. It Did Not Go Well.

Is the ECB stimulus program legal? A German court is about to decide

It’s Not a Snake, but Beware of Its Venomous Bite

Zarina Hashmi, Artist of a World in Search of Home, Dies at 82 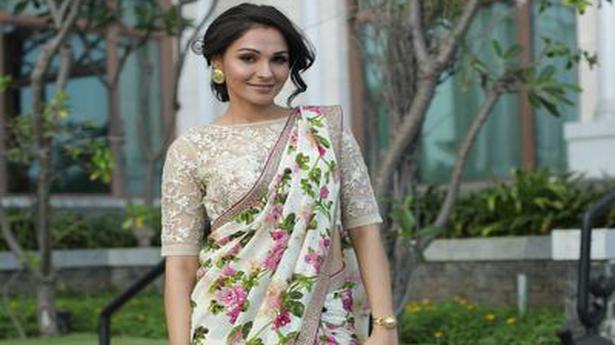 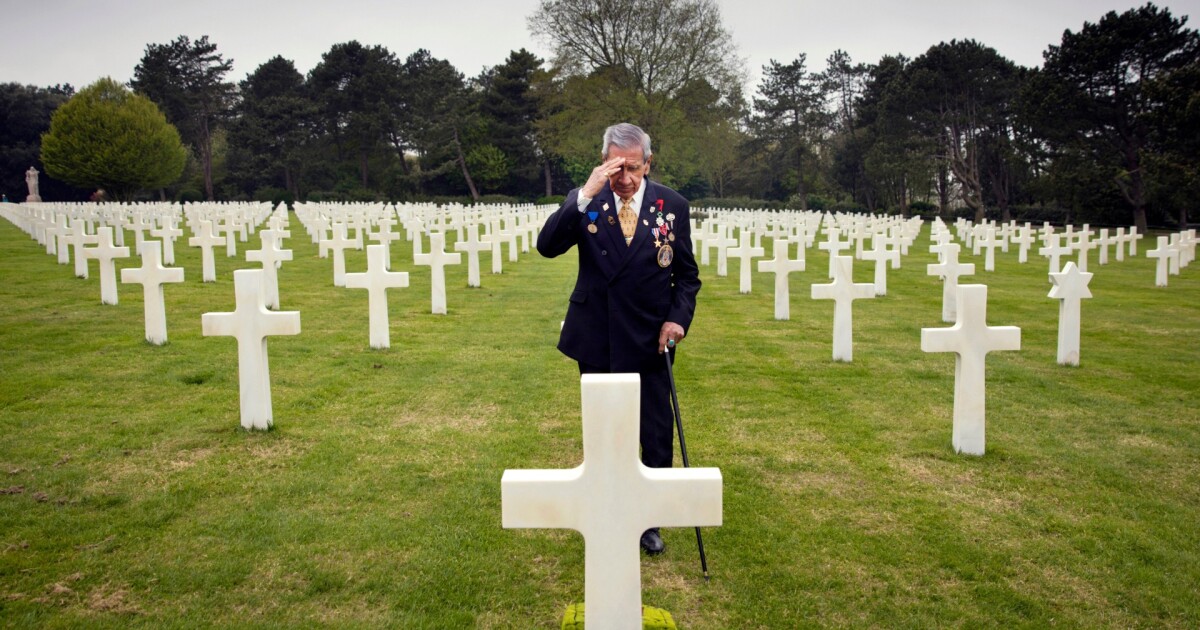