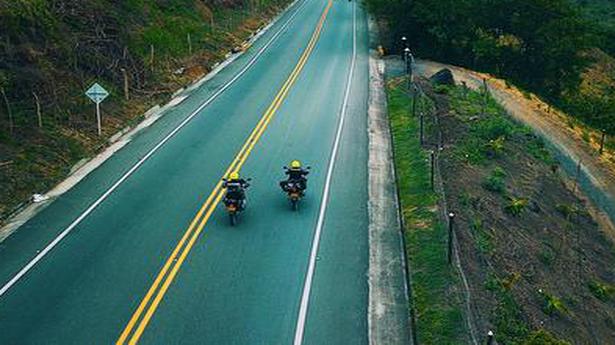 Ever since Rohith Subramanian received a copy of Che Guevara’s The Motorcycle Diaries for his tenth birthday, he dreamt of biking across South America with a friend. Two years ago, not only did the dream come true but it is now being turned into a documentary. Titled Lost and Found in the Americas, it is all set to release on August 16. “It was a chance meeting with underwater filmmaker Sukesh Viswanath at an ad shoot — before I left for an eight-month trip across Europe in 2017 — that started the conversation,” says Subramanian, who quit his job as an entrepreneur five years ago. Soon, he started travelling on his motorcycle and working full-time on brand collaborations. After returning from his trip, the 26-year-old started planning the journey with Viswanath who was on the verge of quitting his job as a creative producer in Mumbai. “I had no reason to say no. I am not a full time traveller and I don’t have a massive following on Instagram. All I want to do is to shoot and tell stories,” says Viswanath, 28, who has done projects for CNN, BBC and National Geographic.

The duo spent weeks awaiting brand sponsorship but when nothing materialised they flew to New York in mid-2018, stayed with a friend who helped rake in a couple of sponsors. They reached Colombia in the second week of December and rode across the country and on to Ecuador and Peru from January 15 to May 15, 2019. “Even after reaching New York, I couldn’t believe this was actually happening. It’s funny to look back now at how we had no money, did not know anyone in the country and knew three Spanish words between the two of us!” says Viswanath, who returned to India in May last year, while Subramanian continued riding down till Ushuaia (the southernmost town in the world) for the rest of the year and got back to India in February 2020.

One would imagine that a six-month journey in a foreign country would require a great deal of planning, but not in this case. “I am old school and figure out things on the go as the beauty of life is the uncertainty of tomorrow. Why ruin it by planning?” says Subramanian, adding that the best part of the journey was how their personalities were so different, and yet knowing they couldn’t do the trip without the other. “Sukesh is very by-the-book whereas I am the opposite. He has to take two showers a day and wash the bike everyday, but I just wait for the rains to take care of both!”

Subramanian admits that money was a major constraint. “We had very little and it kept coming in patches. There were days I used to sleep with my bank balance at zero and wake up the next morning to see a brand crediting an amount that could help us survive for another month.” They say compromising on food and fancy accommodation helped them get by. “Nobody believed we didn’t have money. I had not saved up for this trip because I wasn’t sure if it was even going to happen. If nothing worked, I knew I could use my credit card to pay for a flight back for us,” says Viswanath, adding how they stayed with people befriended on social media and even camped in jungles. “Initially, we were worried about being mugged as we had a lot of equipment and the altitude was a challenge too. Close to Lima in Peru, one of our bikes broke down in the middle of a desert. Fortunately, a police tow truck appeared out of nowhere and ferried us to the next town to help find a mechanic,” he says. Stories from the road

With planning-on-the-go their mantra, it isn’t surprising that the documentary took shape when on the road. From Narco tourism in Colombia and Bogota’s underground graffiti scene to everyday stories, the 1.25 hour-long documentary captures an unusual mix of stories. On the road for the last 10 years (after quitting his job as a tennis coach in Madrid) Diego left for South America with a box of yeast his grandmother gave him. “We met him at the hostel we were staying in. Today, he bakes sourdough bread twice a week and spends the other five days gazing at the sun. He takes one day at a time and I connect with this philosophy,” says Subramanian, who is now scripting his next documentary on filter coffee culture.

For Viswanath, however, it was capturing the common man’s perspective on Narco tourism that piqued his interest. “Most of what we know about Colombia and Pablo Escobar is from television series. Nobody knew the common man’s story. When we got a chance to listen to them talk, it revealed a lot.” For instance, a guide of a walking tour in Medellin said that on her way to school, she used to count the number of bodies with her friends. “Whoever spotted the maximum, won,” says Viswanath, adding how this led them to similar stories like that of a man who had lost his father (a cop) to the drug trafficking crisis. “He told us ‘Imagine you are trying to forget someone who ruined your family, but, everyday you see someone wearing a T-shirt with Escobar’s face or talking about him and this is all due to the TV show (Narcos)’.” 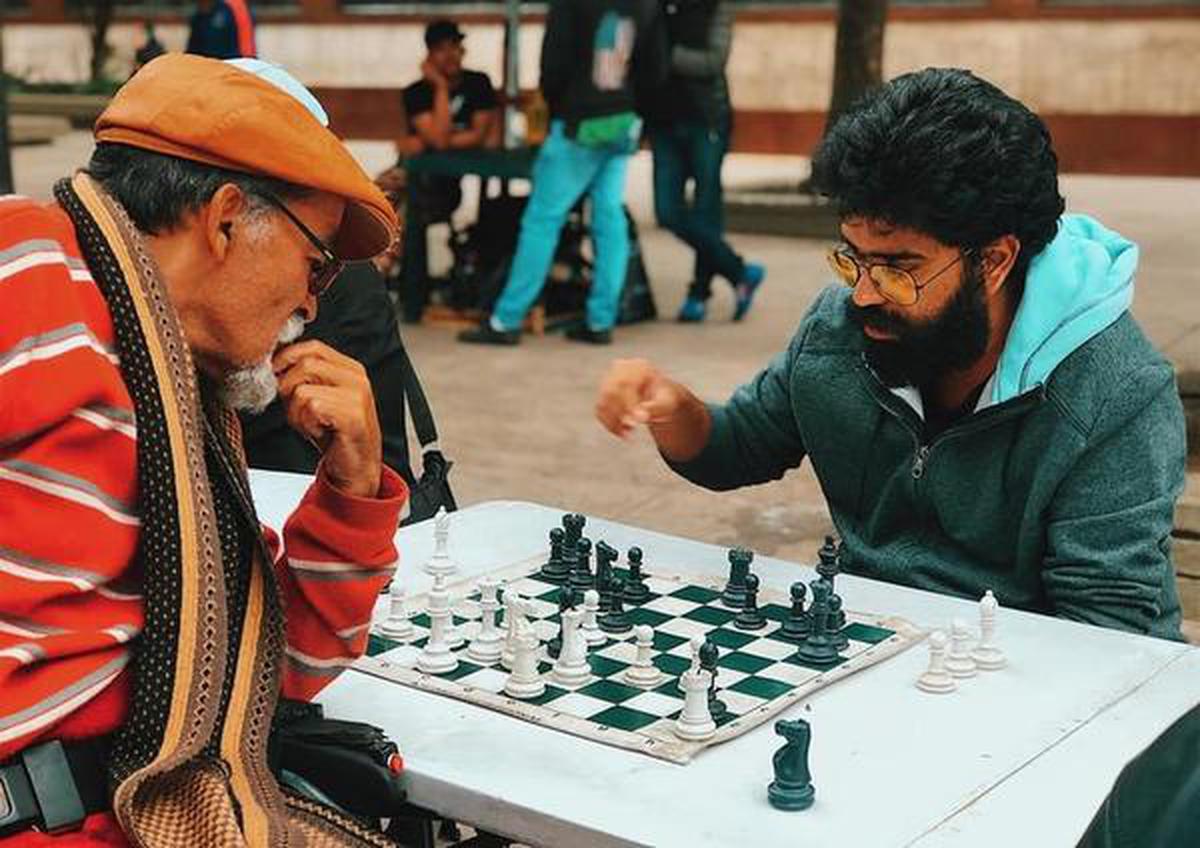 Alongside editing the documentary, Subramanian has been spending time playing chess this lockdown. Something he has been doing regularly after meeting Enrique Herrera. “Several people play chess on the streets of Bogota and we noticed an elderly gentleman on a wheelchair playing two games simultaneously. When we approached Herrera, he revealed how he got stabbed on his spine eight years ago and was confined to a wheelchair ever since.” He stumbled upon chess on a visit to the city’s centre and it changed his life. “ Herrera says he forgets the physical pain when he is playing. His favourite piece on the board is the knight as it can jump above everyone and doesn’t have to walk, just like him,” says Subramanian, recalling that they had to rush the filming as the man’s friend had passed away that day. “We were hurrying the shots and apologising for the delay. He laughed and asked us to take our time as his dead friend won’t be mad at him for being late for the funeral!”

Sifting through over 250 hours of footage wasn’t easy and the pandemic led to further delays. The duo has spent 80% of their time over the last four months editing the film. “We were to get together and work on the documentary’s first cut but we’re all in different cities now. I am shuttling between Mysore and Udhagamandalam and he is in Bengaluru so we couldn’t meet and shoot a few portions and do the dubbing on time,” says Viswanath, adding how they had to courier hard drives to the editor in Jammu as transferring large files virtually was impossible. Nevertheless, they are relieved it’s time for the release. “Small things hampered the documentary’s progress but Rohith kept reminding me to be grateful that we could finish what we started a year ago,” he concludes.

Angela Merkel Guides the E.U. to a Deal, However Imperfect

Will Protests Set Off a Second Viral Wave?

Cold Comfort: France to Ban Heated Terraces, but Not This Winter

Reality Seeps In: Basketball Is Starting, and the Virus Is Still Here 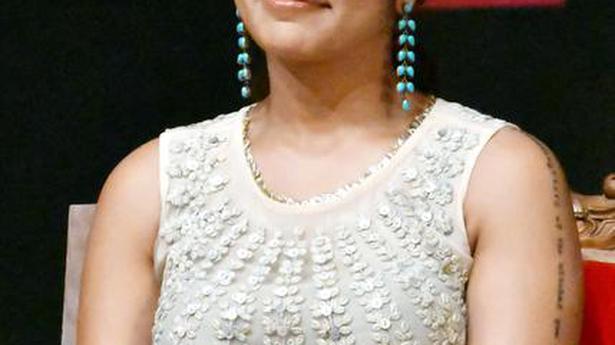 ‘Fleabag’, ‘Mrs America’, ‘The Fall’ and more are on actor Rima Kallingal’s watchlist for the lockdown