There are some good stories behind the new DC title SUPERMAN SMASHES THE KLAN (DC Graphic Novels for Young Adults, paper, $16.99). One is the story of the writer. Gene Luen Yang’s parents are immigrants to the United States from Taiwan and China and he grew up in California a comics fan. (His first comic book was a Superman title.) At Berkeley he majored in computer science, and ended up working in engineering before teaching high school for 17 years. Yang pursued comics on the side, self-publishing under the imprint Humble Comics, and eventually crafted a full-length graphic novel: 2006’s dark, edgy “American Born Chinese” — the book that would make his name. He quit his teaching job only in 2016, the same year he became one of a handful of cartoonists ever to win a MacArthur fellowship, and the same year he was appointed a National Ambassador for Young People’s Literature by the Library of Congress.

Then there’s the famed 1946 story arc that first unfolded in 16 episodes of the wildly popular radio serial “The Adventures of Superman” (the Superman venue that generated, in 1942, the signature phrase “truth, justice and the American way”). In “The Clan of the Fiery Cross,” the caped hero aids a Chinese-American family against violent bigots after they moveto a white neighborhood in Metropolis. Until now, it has never been adapted for comics, where the Superman mythos, of course, began. Enter Yang, and Gurihiru, a wildly talented two-woman Japanese illustration team consisting of the penciler and inker Chifuyu Sasaki and the colorist Naoko Kawano.

“Superman is literally an alien and an immigrant,” Yang told this paper a few years ago. “And a lot of the superhero genre is about negotiating between two identities, which really mirrored my own life. I used one name at home, another one at school, I had one language at home, another one at school.” In the compelling “Superman Smashes the Klan,” Yang’s sensitivity to the social and political dynamics of difference and assimilation injects the story line with new life and resonance. In this version — which restores the “K” to Klan, and takes place in 1946 — the hero of the story is not only Superman, but also Lan-shin Lee, who goes by Roberta: a smart, observant but socially awkward girl nervous about moving from Chinatown.

Roberta and Superman occupy the book’s two, alternating point-of-view narrations; the weight Yang gives her thoughts and actions throughout, on a par with the world’s original and arguably most famous superhero, is his most successful repositioning. It underscores their shared, vulnerable experience as outsiders. The story emphasizes Clark Kent’s uneasy desire, from childhood, to pass as “ordinary,” and his tamping down of Superman’s abilities in order to appear as simply a superpowered man as opposed to the truth: that he is something otherworldly (born Kal-El on the planet Krypton).

It is to Yang’s great credit that almost all of the characters, including a boy whose racist uncle instigates the burning of a cross on the Lees’ lawn, feel complex. And while it suggests the similarity between the “alien element” of nonwhites and the alien Superman, the book also confronts how Superman has been interpreted as a white-supremacist Übermensch, and how his visual presence has in the past been co-opted by the intolerant. In other words — as it also does in confronting racism against African-Americans, including by Asians — the book tackles perhaps predictable conflicts, but then deepens with every turn.

The Chinese-Canadian artist Vivian Chong, one of the creators, along with Georgia Webber, of DANCING AFTER TEN: A GRAPHIC MEMOIR (Fantagraphics, $24.99), presents a different kind of superhero and collaboration. In 2004, on vacation in St. Martin, Chong was given an ibuprofen tablet by her roommate, and her body had a literally one-in-a-million reaction called Toxic Epidermal Necrolysis syndrome (TEN). After recognizing the severity of her condition, the roommate abandoned her at the hospital. Chong was in a coma for two months. TEN caused Chong’s skin to peel off and left large parts of her body scalded; scar tissue eventually prevented her from seeing. During a brief period after an unsuccessful corneal transplant temporarily restored 20 percent of her vision, Chong raced against her own impending blindness, urgently drawing raw images from memory of her experience.

Its unusual and fascinating process of collaboration distinguishes “Dancing After TEN.” Webber, the creator of her own graphic memoir, “Dumb: Living Without a Voice,” worked with Chong to fill in drawings and narrative, creating pages and panels that integrate and develop the sketches into a story line. Together Chong and Webber create a comics language that paradoxically communicates sightlessness through drawing.

Across the book, images register both how Chong is seen by the external world and how she feels, translating sensation to the page: There are images that are blurry, inexact, fuzzy — and sometimes bold, clear and colorful, especially when she begins to reclaim her body through movement. The result is a unique comics document of visceral embodiment.

“Dancing After TEN” also, sadly, feels right for this moment, in its intense focus not only on Chong’s confusing medical condition but also on her loneliness. It can be a hard read. In a dramatic moment, she allows her former roommate — a truly despicable guy — back into her life. “I am so bored by myself in the dark,” she explains. Ultimately, Chong’s resilience helps her find productive antidotes to solitary life, including her support dog, comedy and dance classes — and the work of making a book.

Tesla will slash employee pay, and will furlough hourly workers until May 4 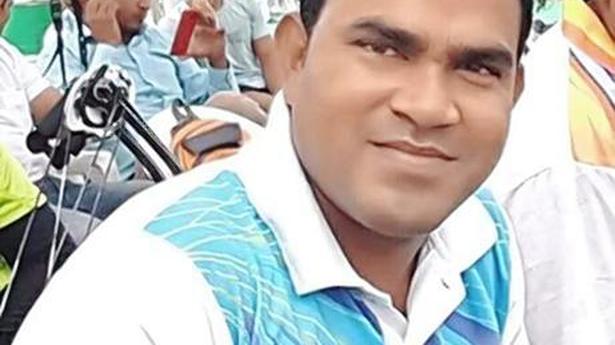 An Unlikely Romance Blooms in a Hospital Room, Then Metastisizes

Tesla Cybertruck Pre-Orders Reach Nearly 700,000, But Don’t Get Too Excited