An electric bike from Estonian ride-hailing firm Bolt in Paris, France.BoltRide-hailing app Bolt has launched an electric bicycle-sharing scheme in Paris, expanding its transport offerings even as Uber pares back its own bike and scooter ambitions.The Estonian start-up said the bikes would be available on its platform from Wednesday. Users will need to switch from taxi-hailing to bikes within the app, and can then unlock one by scanning a QR code.It marks a significant investment from Bolt into so-called "micromobility" services, which were hard hit after the coronavirus pandemic wiped out demand in the still-nascent industry. Bolt is betting such offerings will help it recover from the crisis after its sales plunged 75% in March."Our new e-bikes sharing service

Blue Origin and Amazon founder Jeff Bezos.Mandel Ngan | AFP | Getty ImagesAmazon is shelling out more than $1 billion on self-driving car company Zoox, one of its most expensive acquisitions ever. But CEO Jeff Bezos is going to have to invest many multiples of that to bring the nascent technology to market.The deal, which was announced on Friday and had been in the works for months prior, pits Amazon squarely against Alphabet spinout Waymo, GM's Cruise, Uber, Tesla and even Apple, which is doing its best to keep its self-driving project secretive. Waymo raised $2.25 billion in outside funding in March, its first external financing, in preparation for the long haul.Autonomous driving is a pure bet on the

Amazon has just taken its boldest step yet into self-driving vehicles, acquiring six-year-old start-up Zoox, the company announced Friday.Amazon said the deal will help bring Zoox's "vision of autonomous ride-hailing to reality." Zoox will continue to operate as a standalone business within Amazon, with CEO Aicha Evans and Jesse Levinson, the company's co-founder and CTO, continuing to lead the team, Amazon said. Terms of the deal weren't disclosed, but the Financial Times previously reported that Amazon would pay more than $1.2 billion to acquire Zoox. An Amazon spokesperson declined to comment. "Zoox is working to imagine, invent, and design a world-class autonomous ride-hailing experience," said Jeff Wilke, Amazon's CEO of global consumer, in a statement. "Like Amazon, Zoox is passionate about innovation

Tesla is peeling away from the pack.The automaker's head starts in developing electric and autonomous vehicles are solidifying its lead over the rest of the industry as the Covid-19 pandemic weighs on car sales and disrupts supply chains, Ark Invest analyst Tasha Keeney told CNBC's "Trading Nation" on Thursday.Shares of Tesla closed up nearly 3% on Thursday even though the company placed last in JD Power's Initial Quality Survey, which tracks the problems new car owners have within their first 90 days of purchase. Tesla's first-ever profile in the widely followed report measured 250 problems per 100 of its vehicles, far above the average of 166.Ark Invest's long-term price targets for Tesla are $7,000 per share at the base case, $1,500

Jack Dorsey, chief executive officer of Twitter Inc. and Square Inc., speaks during an Empowering Entrepreneurs events at Ryerson University in Toronto, Ontario, Canada, on Tuesday, April 2, 2019.Cole Burston | Bloomberg | Getty ImagesTwitter is giving its U.S. employees Election Day off and offering global employees paid time off to vote in national elections, the company told employees Tuesday. "Given the importance of voting, going forward all national election voting days that take place on a weekday will be a paid day off. Since the U.S. presidential election falls on a work day (November 3), we will plan to close all U.S. offices on that day," the company told employees in an internal memo that was shared with CNBC."For

Has Xiaomi Cracked the Laptop Market With the Mi Notebook 14 Horizon Edition?

Economic recovery from coronavirus is a ‘long way away,’ Joe Biden says 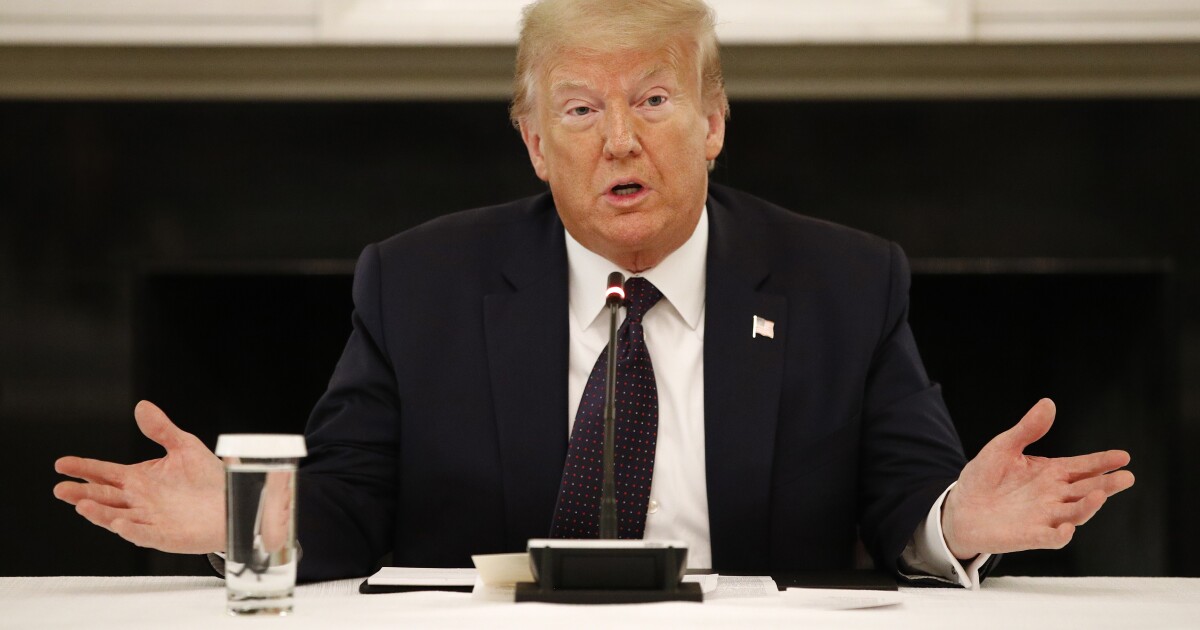 Trump vilifies elderly protester as his campaign struggles to relaunch

Kosovo Court Says New Government Can Be Formed Without an Election

Unorganised sector workers may get IDs