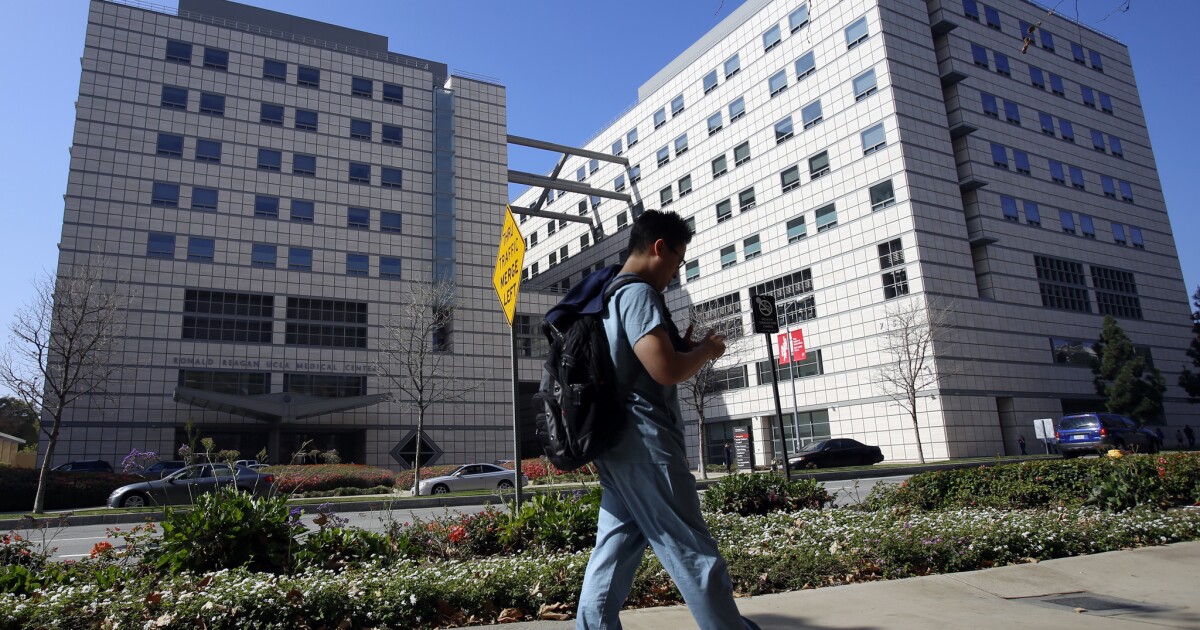 Was the novel coronavirus on the loose in Los Angeles way back in December, before the World Health Organization was even aware of an unusual cluster of pneumonia cases in Wuhan, China?

A new analysis of medical records from UCLA hospitals and clinics suggests the answer might be yes.

Researchers from UCLA and their colleagues at the University of Washington documented an unmistakable uptick in patients seeking treatment for coughs. The increase began the week of Dec. 22, 2019, and persisted through the end of February.

Some of those patients were treated in outpatient centers. Others came to emergency rooms, and some were ultimately admitted to the Ronald Reagan UCLA Medical Center or other hospitals operated by UCLA.

Officials with the U.S. Centers for Disease Control and Prevention first recognized that the coronavirus had reached American shores in mid-January, when a man in Washington state who had traveled to the area around Wuhan tested positive for an infection. By then, UCLA doctors may have treated dozens of COVID-19 patients without realizing it, the study authors wrote. (Indeed, it would take another three weeks for COVID-19 to get its official name.)

The researchers didn’t conduct any diagnostic tests, so they can’t say with certainty when doctors first encountered anyone infected with the virus that came to be known as SARS-CoV-2. But if the coronavirus had indeed been spreading under the radar since around Christmas, the pattern of patient visits to UCLA facilities would have looked a lot like what actually happened, they wrote in a study published Thursday in the Journal of Medical Internet Research.

“A significantly higher number of patients with respiratory complaints and diseases starting in late December 2019 and continuing through February 2020 suggests community spread of SARS-CoV-2 prior to established clinical awareness and testing capabilities,” wrote the team led by Dr. Joann Elmore, who is both an internist and professor of health policy and management at UCLA.

To look for signs of early COVID-19 patients, Elmore and her colleagues searched through more than 9.5 million outpatient visits, nearly 575,000 emergency room visits and almost 250,000 hospital admissions going back more than five years. Medical records that said a patient complained of a cough were included in the analysis.

The researchers counted a total of 2,938 patients who went to a clinic seeking help for a cough in the 13 weeks between Dec. 1, 2019, and Feb. 29, 2020. That was about 1,047 more than the average number of cough patients seen during the same three-month period in the previous five years. It was also about 739 more than the number of patients seen in the winter of 2016-17, which until this year had been the busiest cough season for clinics since 2014.

In emergency rooms, the researchers tallied 1,708 cough patients this past December, January and February. That was about 514 more than the average for the previous five winters, and about 229 more than in 2018-19, the busiest of the five prior winters, the researchers estimated.

Finally, the search of medical records turned up 1,138 patients who were hospitalized in December, January or February and treated for acute respiratory failure. That was about 387 more than the average number of acute respiratory failure patients admitted over the previous five winters, and about 210 more than the number admitted in the winter of 2018-19, the worst of the five earlier winters.

“It is possible that some of this excess represents early COVID-19 disease before clinical recognition and testing,” Elmore and her colleagues wrote.

Even if only some of these “excess visits” were from patients with COVID-19, it could still be a sign that the novel coronavirus was silently spreading in and around Los Angeles, the researchers wrote. As became clear later in the pandemic, about 40% of those infected with SARS-CoV-2 never develop any symptoms of illness, and those with minor symptoms might not bother seeking medical treatment. That means the patients who did go to a clinic or hospital probably represent just the tip of the iceberg, the study authors explained.

To be sure, some of these extra cough patients probably had the regular seasonal flu, especially since flu cases peaked earlier than usual this winter, the researchers wrote. It’s also possible that the 2019 outbreak of a vaping-related respiratory illness contributed to the excess, they added.

But the idea that the coronavirus was circulating in California even before Dec. 31, when the Wuhan Municipal Health Commission first announced its cluster of unexplained pneumonia cases, might not be far-fetched.

We now know that seven patients treated at Los Angeles County-USC Medical Center in mid-March for a flu-like illness actually had COVID-19. The fact that they all felt well enough to leave their homes and had no clear ties to anyone who had recently visited a COVID-19 hotspot suggests they became infected through sustained community transmission, another group of researchers wrote in the Journal of the American Medical Assn.

Similar cases seen in Santa Clara County around the same time suggest the virus was at large in the Bay Area by then as well, according to a study in the CDC’s Morbidity and Mortality Weekly Report.

We may never know for sure exactly when the coronavirus arrived in Los Angeles — or anywhere else in the United States. Still, the results of the new study show that data gleaned from clinic medical records “can provide an early warning to emergency departments and hospital intensive care units of what is to come,” the UCLA team wrote.

“Lessons learned from this pandemic will hopefully lead to better preparation and the ability to quickly provide warnings and track the next pandemic,” they added. 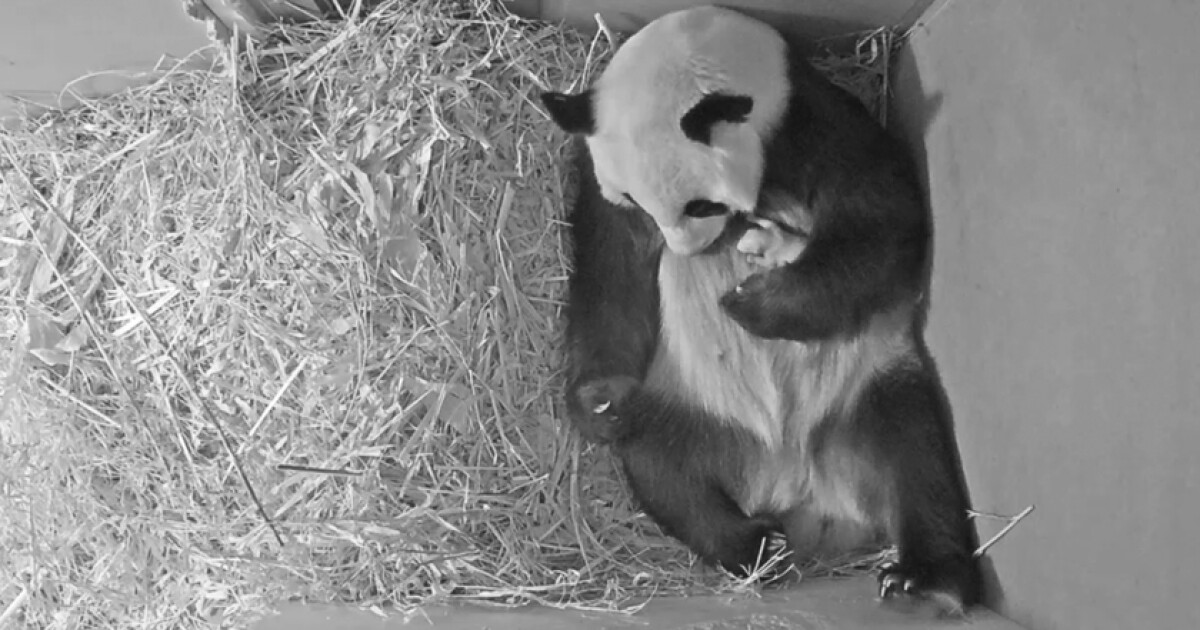 Pandas in the pandemic cause both delight and disappointment

Is Ferrari the Next Tesla?

What if We Worried Less About the Accuracy of Coronavirus Tests?

A D.N.C. Opening Night for the New Abnormal